With one week’s worth of voter registrations in the files, Steve Daugherty is on the go on the MTSU campus.

Under the auspices of the university’s chapter of the American Democracy Project for Civic Learning, the retired U.S. Army major and former MTSU military science professor is pitching his tent in different places around campus each week to attract new voters to sign up before the Oct. 5 deadline to vote in the Nov. 3 election. 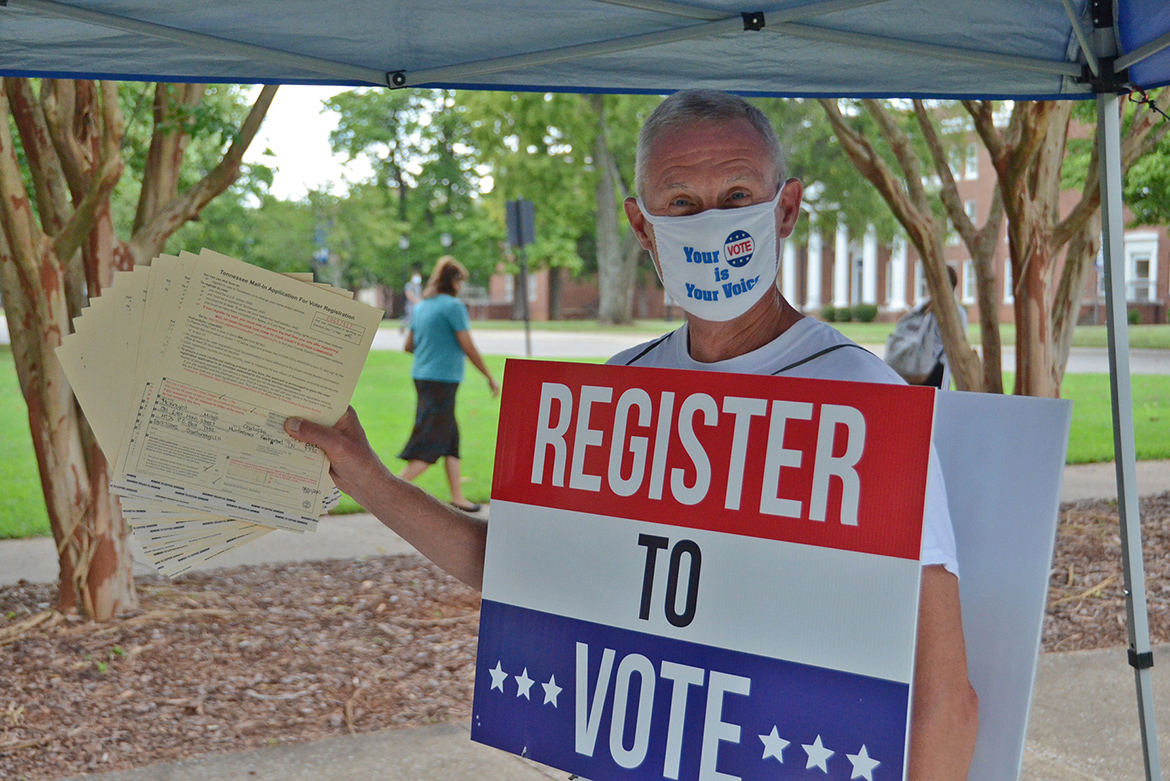 Retired Army Maj. Steve Daugherty holds up several completed voter registration forms filled out by students this week at the American Democracy Project’s voter registration tent on the south side of MTSU’s Peck Hall. The tent will be set up at various locations throughout campus for the next month leading up to the Oct. 5 deadline to register to be eligible to vote in the Nov. 3 presidential election. (MTSU photo illustration by Jimmy Hart)

“Making voter registration available to all our students is required by federal law,” said Dr. Mary Evins, ADP coordinator and a history professor at MTSU. “Civic learning/engagement is integral to our university’s core mission.”

After a trial run Aug. 24-27 on the lawn of the Paul W. Martin University Honors College, Daugherty and his fellow volunteers moved to the south side of Peck Hall, where they registered voters Aug. 31-Sept. 3.

The remaining voter registration schedule on campus is:

With help from members of the Murfreesboro chapter of the American Association of University Women and the League of Women Voters of Murfreesboro/Rutherford County, Daugherty said he hopes to help improve Tennessee’s dismal election turnout rates.

“In 2016, Tennessee had the third worst voter participation rate in the nation,” Daugherty said. “The only two states that did worse were West Virginia and Hawaii.”

Andrew Lickman, right, a freshman computer science major from Lynn Haven, Florida, registers to vote at a voter registration tent on the south side of MTSU’s Peck Hall. Volunteer and MTSU alumna Lee Anne Carmack of the Murfreesboro chapter of the American Association of University Women handles the paperwork and provides information. (MTSU photo)

The November 2020 election features the race for president between incumbent President Donald Trump, the GOP nominee, and his Democratic rival, former Vice President Joe Biden. Congressional and state legislative races are on the ballot as well.

MTSU voter registration volunteers are following campuswide COVID-19 protocols, which have resulted in fewer students on campus as many have opted for online or hybrid coursework.

Daugherty said some students may already have registered before the Aug. 6 primary.

Daugherty urged all citizens to register and to exercise their right to vote so that their voices will be heard.

“Politicians and politics affect everything we do in our lives, and politicians only listen to those who vote,” Daugherty said. 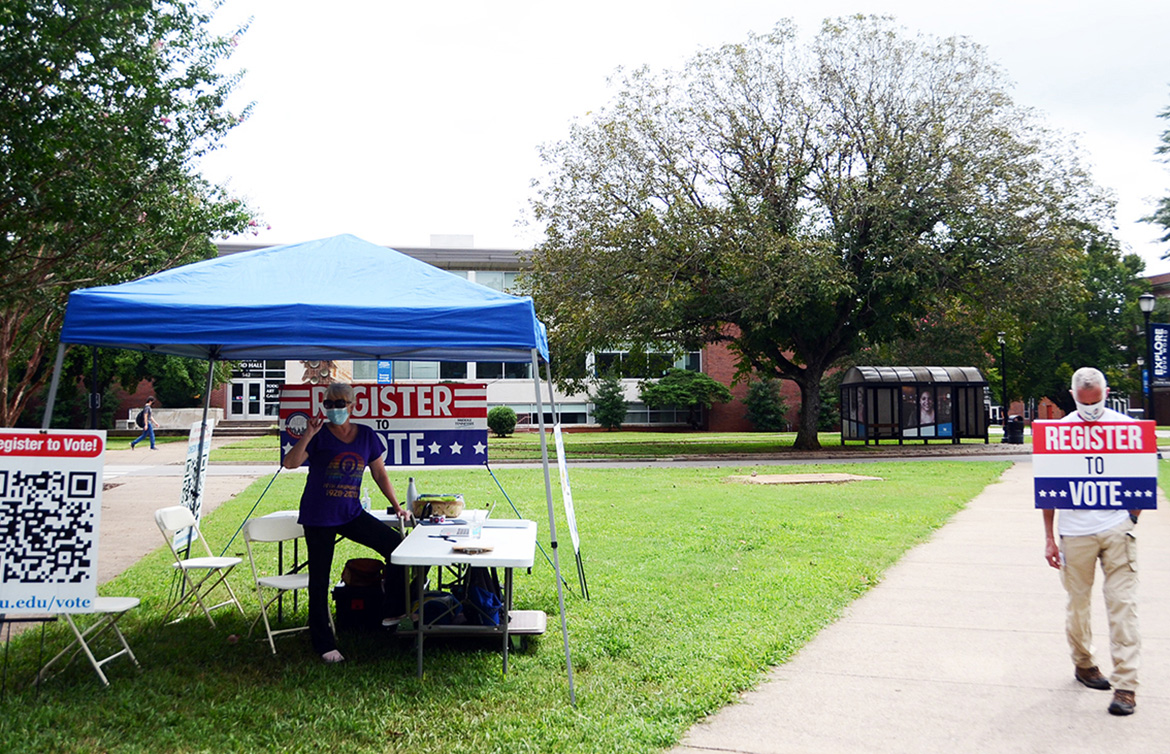 Retired Army Maj. Steve Daugherty, right, awaits members of the campus community outside the American Democracy Project’s voter registration tent on the south side of MTSU’s Peck Hall. Volunteer and MTSU alumna Lee Anne Carmack of the Murfreesboro chapter of the American Association of University Women is under the awning. (MTSU photo by Gina Logue)