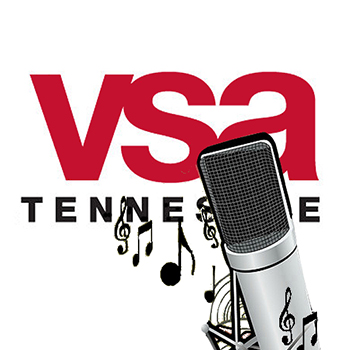 VSA Tennessee is excited to introduce six young individuals competing in vocal and instrumental music at its Feb. 22 Young Soloist Competition at MTSU.

The annual event will last from 7 to 9 p.m. Wednesday, Feb. 22, in the Hinton Music Hall of the Wright Music Building on MTSU’s campus. Tickets are $5 at the door, and those age 13 and younger will be admitted free.

Competitors are vying to represent the state of Tennessee in the International Young Soloist Competition at the John F. Kennedy Center for the Performing Arts later this year.

The musicians performing at MTSU are part of VSA Tennessee, the state organization on arts and disability that was established in 2001 on the MTSU campus. Students in MTSU professor Lori Kissinger’s Organizational Communication in Communities EXL Class are once again handling logistics for this year’s event.

The statewide event is open to any vocalist or instrumentalist under the age of 25 with any form of disability. In addition, bands and musical groups can apply as long as one of the members of the group has a disability, according to the vsatn.org website. The state contest is part of an international competition, which will be held May 25 at the Kennedy Center in Washington, D.C., and will feature winners from across the nation.

The Young Soloist event will also feature Nashville singer/songwriter JP Williams as a special guest for the night. Williams has built his solo artist resume, including openers for Charlie Daniels, Ricky Skaggs, Randy Travis and Jo Dee Messina, as well as a headliner spot for a college tour singing his original tunes for students throughout the northeastern U.S.

The 2016-17 Tennessee VSA Young Soloist program is sponsored by U.S. Rep. Diane and Dr. David Black and the First Tennessee Foundation as well as fundraising efforts of the Kissinger’s fall 2016 and spring 2017 ORCO 3250 classes.

VSA Tennessee will choose the top performers from among the six young individuals competing in vocal and instrumental music at its Feb. 22 Young Soloist Competition at MTSU. (Submitted photo)