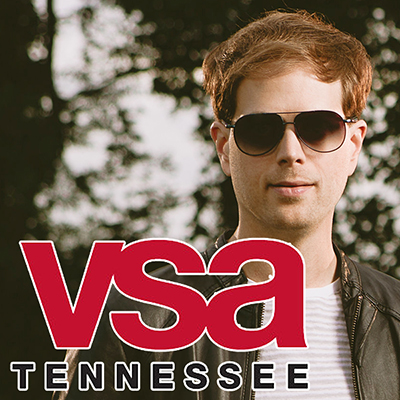 MTSU has a great way to spend a Friday evening — enjoying the talents of young musicians from across Tennessee in the annual VSA Young Soloist competition, set for Friday, Feb. 19.

This year’s event, which is open to the public and begins at 7 p.m., also features a special guest performance from musical prodigy Scott MacIntyre, an “American Idol” finalist and a past VSA International Young Soloist winner.

Tickets are limited but still available at $5 each for the 7 p.m. performance in Hinton Music Hall inside MTSU’s Wright Music Building. You can obtain tickets by emailing userk7706@comcast.net or calling 615-210-8819; a searchable campus map is available at http://tinyurl.com/MTSUParkingMap.

MTSU students once again are coordinating the statewide event, which is open to any vocalist or instrumentalist age 14 to 25 with any form of disability. The state contest is part of an international competition, which will be held May 27 at the John F. Kennedy Center for the Performing Arts in Washington, D.C., and will feature winners from across the nation.

The young musicians performing at MTSU are part of VSA Tennessee, the state organization on arts and disability that was established in 2001 on the MTSU campus. Students in MTSU professor Lori Kissinger’s Organizational Communication in Communities EXL Class are once again handling logistics for this year’s event.

VSA, an international organization on arts and disabilities, is celebrating its 42nd year in 2016. Founded in 1974 by Ambassador Jean Kennedy Smith and formerly known as Very Special Arts, VSA merged with the John F. Kennedy Center for the Performing Arts in 2011 to expand its services.

MacIntyre also began singing and playing guitar, drums, percussion and bass, releasing several CDs of his own before joining season eight of “American Idol” on the Fox network in 2009 and becoming the first visually impaired finalist on the show.

His eighth-place “Idol” finish has led to continuing success in his career, including his first book, “By Faith, Not By Sight,” and more CDs and concerts. You can learn more about him at his website, http://scottmacintyre.com.

Kissinger’s students regularly help with VSA events at MTSU as part of her experiential learning classes. Students involved in the ORCO 3250 class also have organized special VSA events to serve as fundraisers for the organization as well as activities for the artists and the community.

“The Young Soloist competition is my favorite program of VSA Tennessee because of the amazing talent and the inspiration that these artists provide,” said Kissinger, who also serves as VSA Tennessee’s executive director.