MTSU community tees off at gol.. 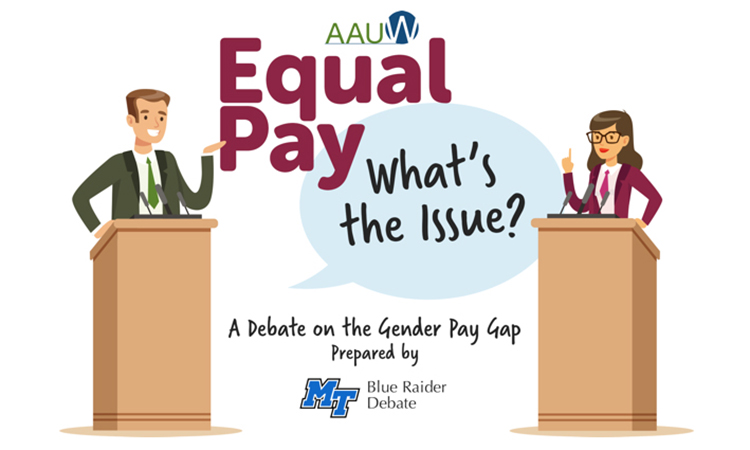 MTSU’s award-winning Blue Raider Debate Team will tackle one of the most contentious workplace issues of our times Thursday, Nov. 9, when they explore the difference between men’s and women’s wages.

The Murfreesboro chapter of the American Association of University Women will sponsor the debate on “Resolved: The United States should craft legislation to close the wage gap” from 5:30 to 7 p.m. Nov. 9 at MTSU’s Miller Education Center, 503 E. Bell St. in Murfreesboro.

MTSU’s Blue Raider Debate Team “will discuss the importance of the issue as well as the issue’s complexity in a friendly scrimmage-style debate,” said Dr. Pat Richey, director of forensics. “Each speaker will deliver a seven-minute address.”

While MTSU debate dates back to the origins of the institution, the university’s debate program has seen considerable success since its revival seven years ago. Earlier this year, the Tennessee General Assembly honored the program with a joint resolution extolling its accomplishments.

AAUW advances equity for women and girls through advocacy, education, philanthropy, and research. AAUW membership is open to college students and anyone with a college degree, including a two-year degree.