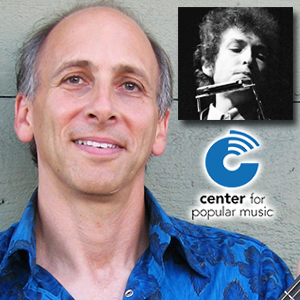 Sponsored by MTSU’s Center for Popular Music and the Department of History, Wald’s talk will begin at 4:30 p.m. in the second-floor Parliamentary Room of MTSU’s Student Union, located at 1768 MTSU Blvd.

A searchable campus parking map is available at http://tinyurl.com/MTSUParking2015-16. Off-campus visitors attending the event should obtain a special one-day permit from MTSU’s Office of Parking and Transportation at www.mtsu.edu/parking/visit.php.

Wald, a musician since age 7 and a writer for nearly three decades, has published more than 1,000 articles, mostly about folk, roots and international music for various magazines and newspapers, including more than 10 years as “world music” writer for the Boston Globe. He received a 2002 Grammy Award for his liner notes on the “Arhoolie Records 40th Anniversary Collection: 1960-2000” box set.

Wald is the author of several books, including “Narcocorrido: A Journey into the Music of Drugs, Guns and Guerrillas,” “How the Beatles Destroyed Rock ‘n’ Roll” and “Talking ‘Bout Your Mama: The Dozens, Snaps and the Deep Roots of Rap.”

“Dylan Goes Electric!” is his latest book, which examines rock icon Bob Dylan’s history-making performance at the Newport Folk Festival in 1965 within its broader cultural, political and historical context.

That July 1965 evening was Dylan’s first live appearance with an electric band. One of the songs from that performance, “Maggie’s Farm,” is available on video below.

You can read more about the book on Wald’s website, www.elijahwald.com.

The Center for Popular Music at MTSU is a research center devoted to the study and scholarship of popular music in America.

Established in 1985 by the Tennessee Board of Regents as one of 16 Centers of Excellence across the TBR system, MTSU’s CPM maintains an archive of research materials stretching from the early 18th century to the present and develops and sponsors programs in American vernacular music.

As part of its 30th anniversary year, the center recently honored its second “Fellow of the Center for Popular Music,” Motown hit-maker Lamont Dozier, for his extraordinary accomplishments in music.

This program is part of a yearlong series of events celebrating the launch of the College of Media and Entertainment at Middle Tennessee State University. For more information about the college, visit www.mtsu.edu/media.