The writing is on the wall at the James E. Walker Library, and it pays tribute to a devoted supporter.

Michael Humnicky, a former engineer at NASA’s Jet Propulsion Laboratory in Pasadena, California, is the first donor to have a study room in the library named in his honor.

“I don’t do it to have the name on the wall,” Humnicky said. “I’m not super rich, but it’s meaningful to me to support it in a way that I can.” 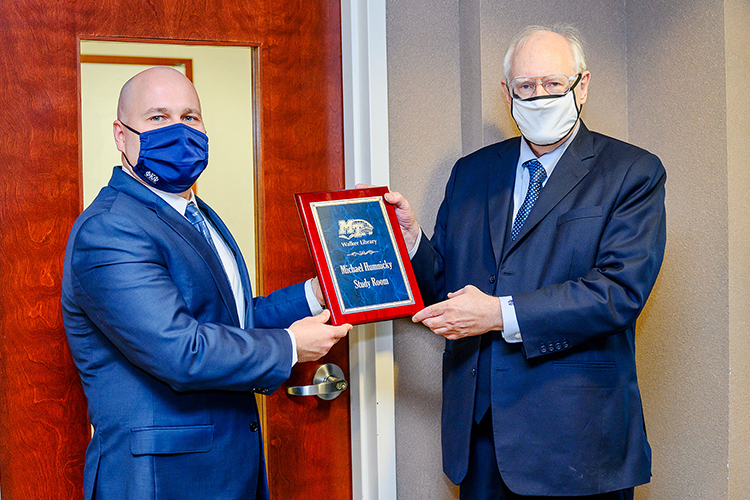 For the past eight years, the 73-year-old retiree has given generous amounts of both books and money to the library, including donations to the David Robinson Student Award, the Library Enrichment Fund and the Library Student Assistant Emergency Fund.

The latter stipend provides grants of up to $250 per semester for no more than two semesters to students with unexpected needs. While it has been in effect for quite some time, it has provided 35 grants since the start of the coronavirus pandemic.

“It’s been a huge blessing during COVID. So many of our student workers were out of work,” said interim library dean Jason Martin. “They couldn’t come back to work. Their parents were out of work.” 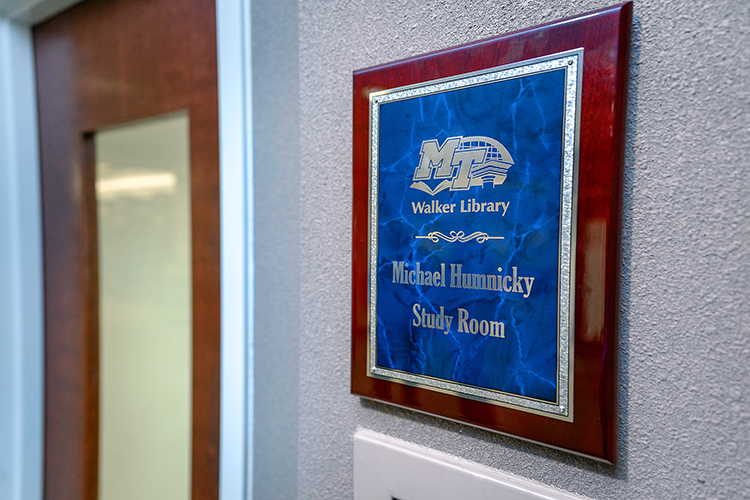 This plaque identifies the study room behind the door as the Michael Humnicky Study Room at the James E. Walker Library to honor a devoted donor of books and funding. (MTSU Photo by j. Intintoli)

Although he once lived across the street from MTSU, he never taught there or attended classes there. However, the more he visited the library, the more he fell in love with the institution.

Humnicky comes by his love of libraries naturally. His father had a degree in library science. His mother was a medical librarian at Indiana University. His aunt was the head pharmacy librarian at Purdue University.

While Humnicky himself earned degrees in physics and economics at Purdue, he decided to obtain a master’s degree in library science at Indiana University after he was laid off in the mid-1990s.

“I just think libraries are very important for societies,” Humnicky said. “I have become a big fan of archives now.”

“We love donors and especially donors as student-focused and student-friendly as Mr. Humnicky is,” Martin said. “His first and foremost concern is students, and that’s what the Walker Library is all about.”

For more information about the study room naming program or donations to the James E. Walker Library, contact Paul Wydra, director of development initiatives, at 615-898-5329 or paul.wydra@mtsu.edu. 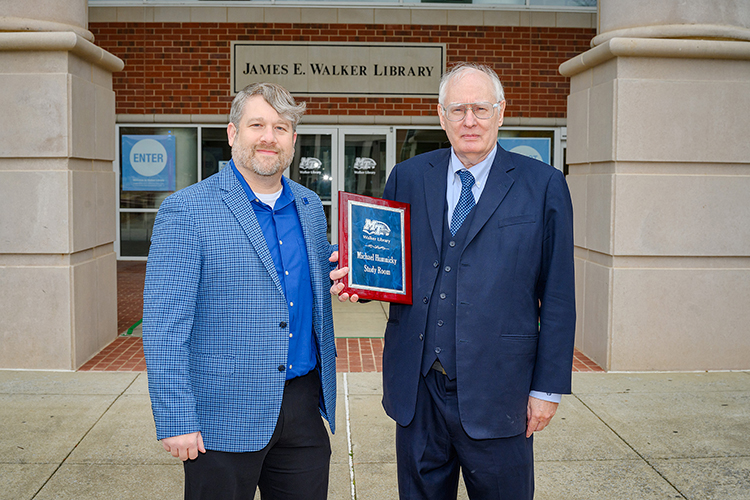