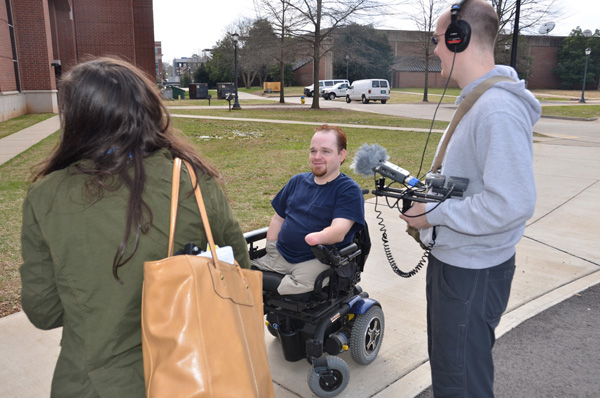 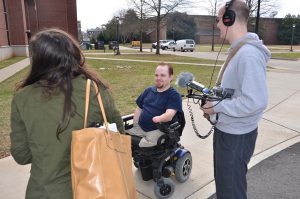 MTSU student Charlie Rogers, center, was filmed on campus in February by a filming crew hired by Wal-Mart. The crew produced a company video spotlighting Rogers, an economics major who works in the customer service department at the retailer’s store on Old Fort Parkway in Murfreesboro. (Photo by MTSU News and Media Relations)