Veteran editor Wanda Lloyd told a roomful of MTSU student journalists recently that her desire to be pursue a career in a newsroom sprouted early in her life as her love of reading and writing led her to be the editor of her high school and college papers.

“This is what I want to do. I love to read, I love to write, I love journalism,” said Lloyd, a trailblazing African American reporter and editor who shared stories of childhood, journalism and leadership as part of MTSU’s Black History Month events.

“So I guess my advice would be, find your passion,” she continued. “What’s that fire in the belly, gut feeling about whatever that career is, or whatever segment of that career is. And don’t worry what the obstacles are because you can kick those doors down.” 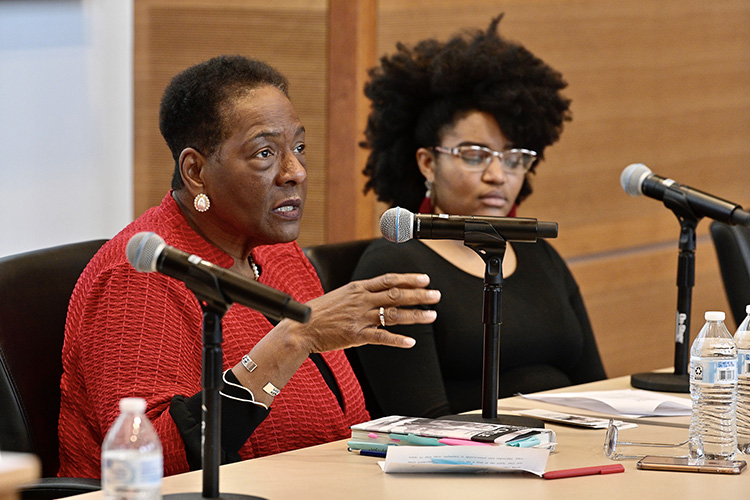 MTSU’s John Seigenthaler Chair of Excellence in First Amendment Studies in the College of Media and Entertainment sponsored Lloyd’s visit.

Deborah Fisher, director of the Seigenthaler Chair, moderated the discussion and was joined by Black student journalist Rhianna Cotton, a junior multimedia major.

Lloyd, founding executive director of the Freedom Forum Diversity Institute, spoke to a packed Parliamentary Room in the Student Union filled with aspiring journalists and communicators.

She discussed her professional and personal journey and read a portion of her recently published her memoir, “Coming Full Circle: From Jim Crow to Journalism.”

Despite being raised under the “separate and unequal” restrictions of Southern segregation in the 1950s and 1960s, Lloyd pursued her education at HBCU Spellman College and went on to attain high-ranking editorial positions at major newspapers during her career.

But growing up in a segregated Savannah, Georgia, Lloyd didn’t have the benefit of seeing women of color, or women in general really, who held prominent positions in newsrooms or whose bylines were a common on the front pages.

“So I really thought about it as a career and not a groundbreaking career where I would go into places where I would be the only one,” she said. “… But I couldn’t wait to get out of Savannah, Georgia. I left Savannah the day after I graduated from high school. I was just that ready.” 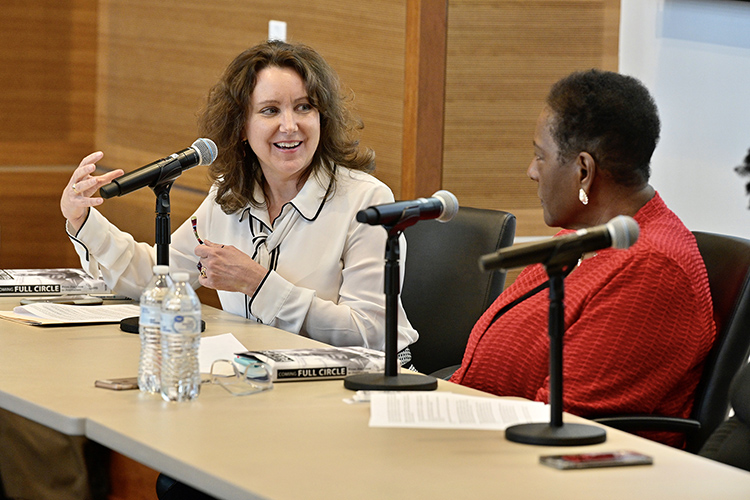 Lloyd, who was inducted into the National Association of Black Journalists Region III Hall of Fame in 2007, is a retired newspaper editor and former associate professor and chair of the Department of Journalism and Mass Communications at Savannah State University in Savannah, Georgia.

As executive director of the Freedom Forum Diversity Institute, she worked to increase diversity in newsrooms through training and mentorship programs. 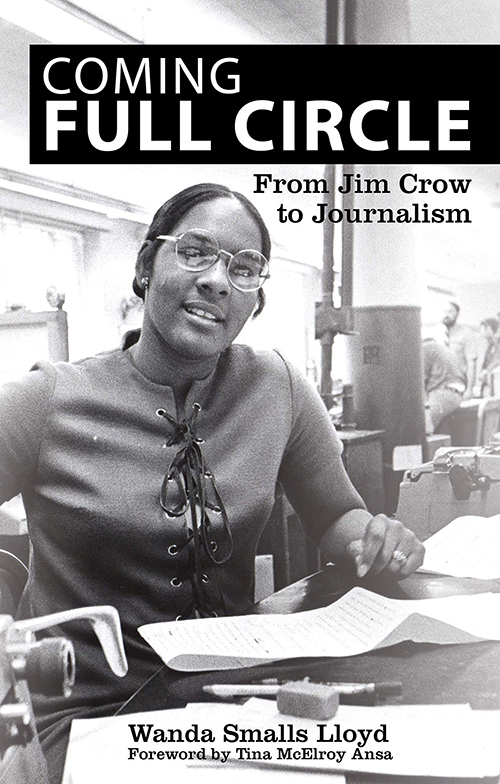 Veteran journalist and author Wanda Lloyd is shown in her early newsroom days on the cover of her memoir, “Coming Full Circle: From Jim Crow to Journalism.”

She worked at seven different newspapers, including USAToday, The Washington Post, Miami Herald, Atlanta Journal and an eight-and-a-half year stint as executive editor of the Montgomery (Alabama) Advertiser, the first Black woman to ever hold that position.

Fisher pointed out a portion of the book that described the slights Lloyd faced growing up in the openly bigoted culture of the Jim Crow South of that time. Lloyd described how those experiences helped shaped her perspective as a newsroom executive.

“It made me aware of situations that happened to people under Jim Crow so that I was more informed about telling our reporters about how they should cover those things — with empathy, with accuracy, and with solutions,” she said.

Cotton, who wears a natural hairstyle like Lloyd, asked Lloyd about a chapter in the book that describes a neighboring family whose daughters had what was culturally deemed “good hair” — more socially acceptable because it was straighter and longer.

Lloyd said that, increasingly, more Black women in the media industry, specifically in the television news industry, are wearing their natural hair because women of color have increasingly pushed back on demands that they wear permed or straightened hairstyles.

She noted, however, that the power to change previous norms is first enhanced by excellent job performance.

“You have to do your job really well,” Lloyd said.

Cotton, who is vice president of the MTSU student chapter of the National Association of Black Journalists, said afterward that Lloyd’s story inspires her, particularly because of Lloyd’s friendship with Cotton’s faculty mentor, journalism professor Jennifer Woodard, assistant dean for the College of Media and Entertainment.

“I consider her a really strong person,” Cotton said of Woodard, who attended Lloyd’s talk along with dean Beverly Keel and other journalism faculty and instructors.

Cotton said she enjoys numerous aspects of multimedia journalism, whether in front of a camera or behind the scenes, and will continue to explore areas for growth such as investigative journalism.

“Part of my goal as a journalist is to try to shed light and be a voice to the voiceless,” she said. 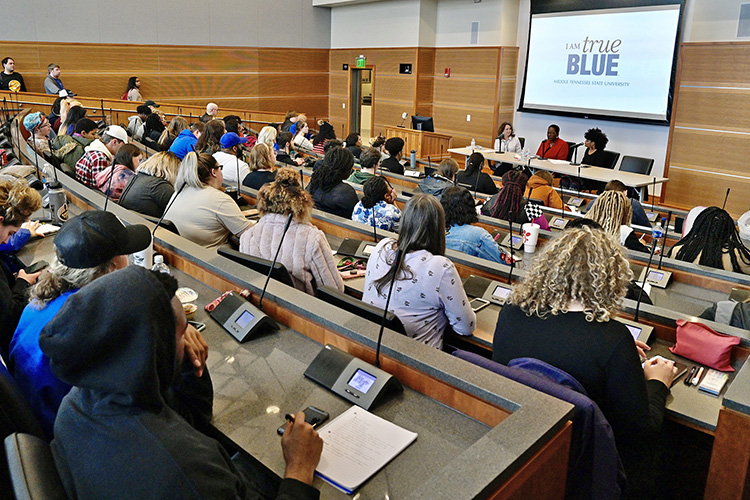 A packed house is on hand as veteran journalist and author Wanda Lloyd, seated in red below the screen, talks about her experiences during her Feb. 10 public talk in the Student Union Parliamentary Room on her recently published memoir, “Coming Full Circle: From Jim Crow to Journalism.” At right is junior multimedia major Rhianna Cotton, who helped moderate the panel. (MTSU photo by Andy Heidt)