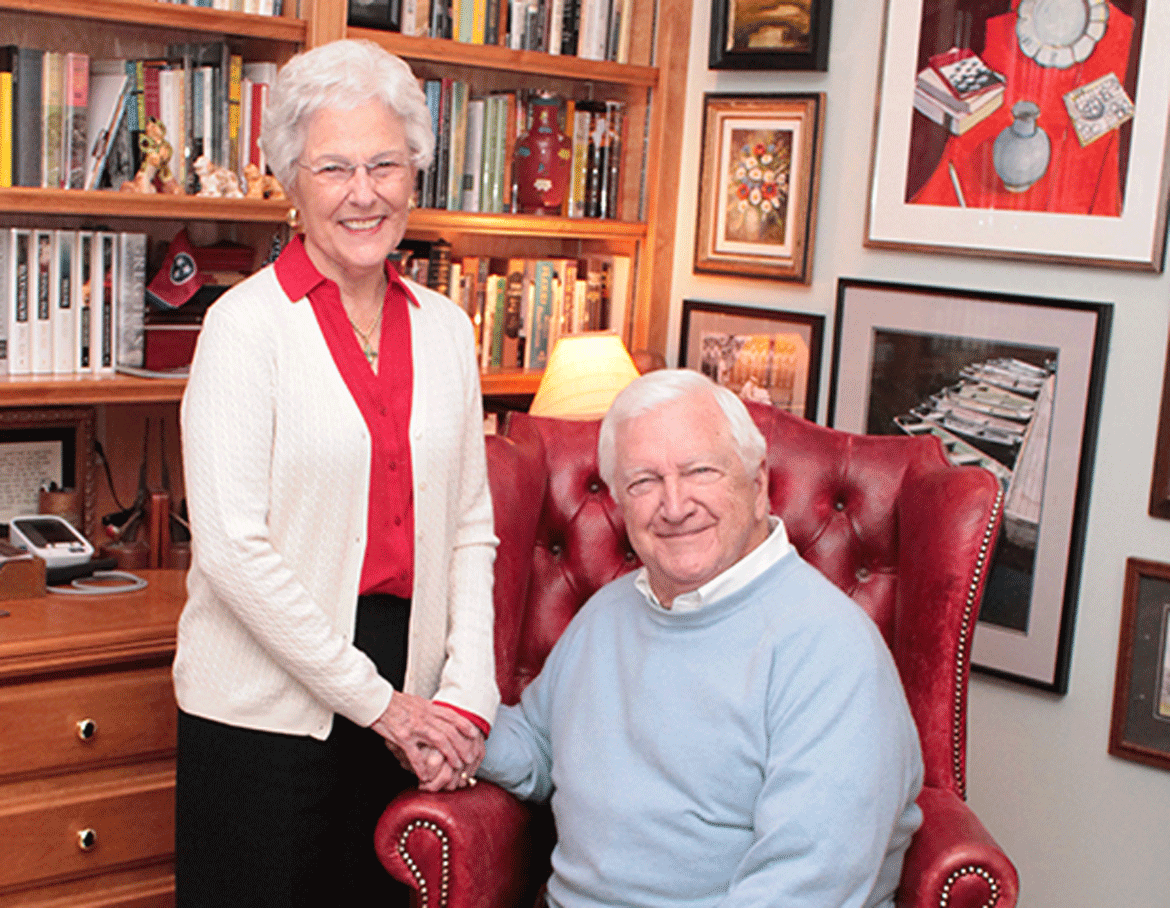 From a friendship with physician J. Lee Owen and his wife, Sophia, MTSU’s Susan Lyons learned about the Owens’ collection of celebrated author Eudora Welty’s works. Now the Owens have brought the collection to campus for a free, public 30-day exhibit.

“Eudora Welty: Her Life and Legacy,” a special exhibition of rare materials from J. Lee Owen’s Welty collection, will be on display from 8:30 a.m. to 4:30 p.m. Monday through Friday from April 4 to May 4 in Special Collections, Room 444, in the James E. Walker Library.

To find the library and nearby parking, visit http://tinyurl.com/MTSUParkingMap. Off-campus visitors can obtain a special one-day permit www.mtsu.edu/parking/visitors.php.

Welty, a short story writer and novelist who lived her entire life (1909-2001) in Jackson, Mississippi, wrote about the American South. Her works included “The Optimist’s Daughter,” which was published in 1972 and earned a Pulitzer Prize in 1973.

After college, Welty worked in radio, wrote society columns for the Memphis Commercial Appeal and took photographs as a junior publicity agent for the Works Progress Administration. The photos were exhibited in New York but weren’t published, at her request.

Her first publication of many was a short story, “Death of a Traveling Salesman.”

An opening event for the MTSU exhibit will celebrate the arrival of the collection of mostly first editions from 2 to 3:30 p.m. Tuesday, April 4, in Room 462 of the library. A reception will follow in the Special Collections area.

“Eudora Welty is recognized as one of the great Southern authors and one of the most significant writers of the 20th century,” said Phillips, who recently went to Jackson with co-curator Megan Donelson, a doctoral English student from Wooster, Ohio, and Lyons, the Honors College’s special events coordinator, to visit the archives, secure photographs and gain additional background for the MTSU exhibit.

“She is best known for her short stories and her novels, including ‘The Optimist’s Daughter,’ a semi-autobiographical work,” he added.

Phillips said the MTSU exhibit “aims to showcase the variety of other work, which also includes original photographs and provides an overview of her life and influences.”

“It’s a really impressive collection that expresses Welty not just as a great writer, but that she had deep, loyal friendships and a great sense of humor,” said Donelson, who has studied museum exhibit design as an MTSU graduate student.

Lyons has known the Owens for two years, meeting them through a monthly technology program Honors College students attend.

“Dr. Owen shared with me about his Eudora Welty collection and introduced me to her stories,” Lyons said. “I knew the collection was special, so I shared about it with Drs. Phillips and (John) Vile.” She eventually introduced Owen to Phillips and Vile, dean of the Honors College.

Lee Owen was a pediatrician in Jackson, Mississippi, for 50 years before he and his wife moved to Murfreesboro.

The exhibit is sponsored by the College of Liberal Arts, Department of English, Honors College and Walker Library in partnership with Eudora Welty LLC and the Mississippi Department of Archives and History.

Sophia and Dr. J. Lee Owen are shown in their Murfreesboro home. A special exhibition of rare materials from Lee Owen’s Eudora Welty collection will be at MTSU from April 4 to May 4. (MTSU photo by Susan Lyons)