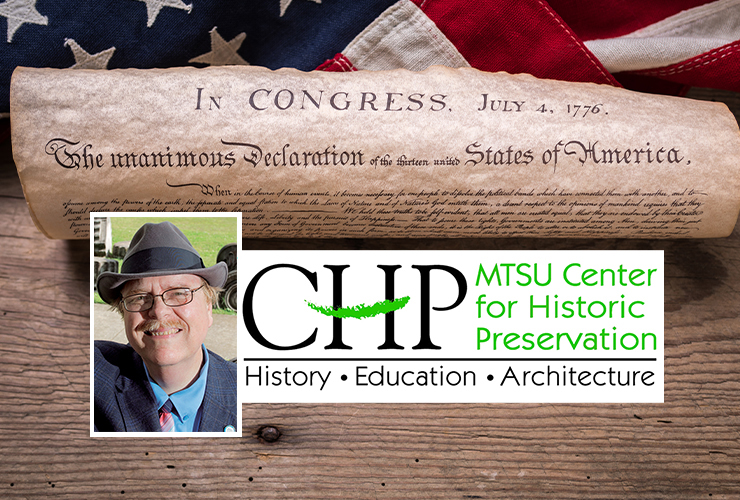 The director of MTSU’s Center for Historic Preservation will preview the 250th anniversary of the Declaration of Independence in a free address.

The public may register to attend either in-person or via Zoom at https://tinyurl.com/3dfchj9t.

West is chair of the Tennessee 250th Commission, which was created by the Tennessee General Assembly in preparation for the semiquincentennial.

The Declaration of Independence was adopted by the Second Continental Congress July 4, 1776, in Philadelphia, Pennsylvania. It outlined why the 13 original colonies would no longer tolerate British rule.

“The Tennessee 250th Commission is planning for an inclusive, statewide program of events and projects that both celebrate the events of the American Revolution and commemorate how Tennesseans have shaped American democracy from the Revolution to today,” West said. “I will discuss the goals of the commission, what we have learned from public meetings in 2021 and our recommendations for the forthcoming 250th anniversary.”

This East Tennessee Historical Society program is sponsored by the Albers Family Foundation in memory of Harriet Z. Albers.