CHP’s West will discuss career of piecing to...

CHP’s West will discuss career of piecing together history Jan. 21 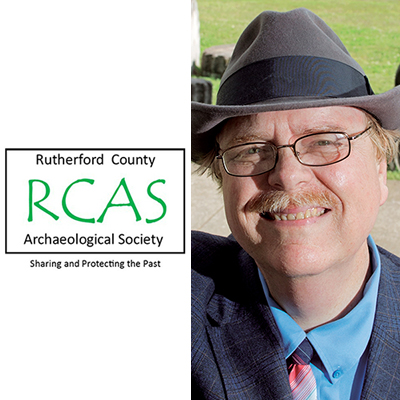 Tennessee State Historian Dr. Carroll Van West, director of MTSU’s Center for Historic Preservation, will discuss his long career in investigating and preserving historic sites across the country Thursday, Jan. 21, as the special guest of the Rutherford County Archaeological Society.

The free public discussion, “Confessions of a Fieldwork Junkie,” will begin at 6:30 p.m. Jan. 21 at the Heritage Center of Murfreesboro, located just off the Public Square at 225 W. College St.

West has served as director at the Center for Historic Preservation at MTSU and the Tennessee Civil War National Heritage Area since 2002.

West also serves as co-chair of the Tennessee Civil War Sesquicentennial Commission and as a Tennessee representative on the National Board of Advisors of National Trust for Historic Preservation.

At his Jan. 21 talk, West will discuss his decades of fieldwork on sites across the Southeast and in eastern Montana, where he focuses on 19th- and 20th-century history as well as architecture and material culture. You can see some of the results of his work at http://tennesseehistoriclandscape.com and http://montanahistoriclandscape.com.