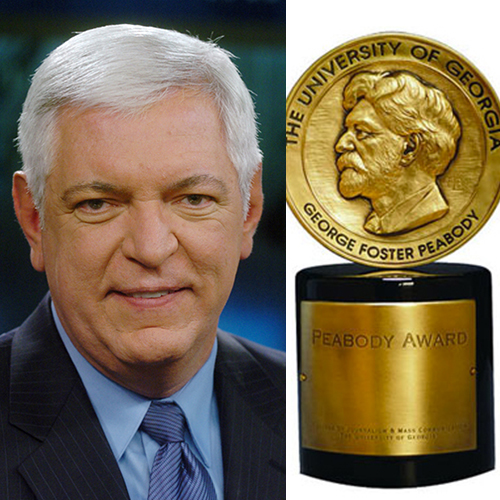 One of broadcast journalism’s highest honors, this coveted award based at the University of Georgia marks the third such career honor for Williams, who graduated from MTSU in 1985 and joined WTVF-TV in Nashville in 1998.

The award, which was one of a record 46 Peabody honors chosen from among almost 1,100 entries, recognized WTVF-TV’s reports about Tennessee officials’ involvement in questionable business deals, including Gov. Bill Haslam’s administration’s awarding of hundreds of millions of dollars in state contracts and his business relationship with a powerful Capitol Hill lobbyist.

You can watch the reports online here.

In addition to the Peabody Awards, Williams has earned three Alfred I. duPont-Columbia Awards, the George Polk Award for TV Reporting, a National Headliner Award and three IRE Awards, including the IRE Medal, from the Investigative Reporters and Editors organization.

Click on the photo above to see a complete list of the 2014 George Foster Peabody Award winners.

In his days as a print reporter, he was a finalist for the Pulitzer Prize.

In 2003, Williams was inducted into the MTSU College of Mass Communication’s Wall of Fame. The Columbia, Tenn., native returns to MTSU on occasion to speak to students and conduct master classes.

In addition to the WTVF team’s win, local-news Peabody recipients announced April 2 included CBS-owned WBZ-TV and WBZ Newsradio for their extended coverage of the Boston Marathon bombings and the ensuing dragnet; KING-TV in Seattle for its revelations about nuclear-waste leaks and mismanagement at a Hanford, Wash., storage facility; and an exhaustive investigation of Louisiana political contributions that combined the resources of New Orleans station WVUE-TV, The Times-Picayune and NOLA.com.

Other Peabody recipients include a pair of high-profile political melodramas, Netflix’s “House of Cards” and ABC’s “Scandal”; “Burka Avenger,” an animated Pakistani series aimed at empowering girls; and two distinctive probes of the dangers of brain injury in professional football, FRONTLINE’s “League of Denial: The NFL’s Concussion Crisis” and ESPN’s “Outside the Lines: NFL at a Crossroads: Investigating a Health Crisis.”

A complete list of winners is available at www.peabodyawards.com.