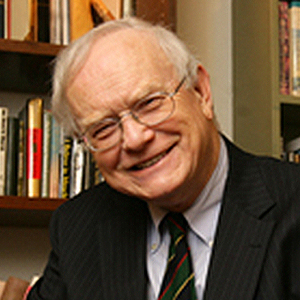 Dr. David L. Holmes, author of The Faiths of the Postwar Presidents: From Truman to Obama, will lead MTSU’s renowned Windham Lecture Series into its 23rd year with a special lecture on Tuesday, March 26.

Holmes, who also is a former Walter G. Mason Professor of Religious Studies at the College of William and Mary, will present his free public lecture at 6 p.m. March 26 in the Hinton Music Hall inside MTSU’s Wright Music Building.

The professor, who taught at the College of William and Mary for 46 years before retiring in 2011, is a recognized expert in multiple fields, including American religious history, liberal arts education, architecture, worship, World War II and “muscular Christianity.

Holmes also is the author of A Brief History of the Episcopal Church and The Faiths of the Founding Fathers.

MTSU’s Windham Lecture Series in Liberal Arts was established by William and Westy Windham through the MTSU Foundation.

Dr. William Windham was a member of the MTSU faculty from 1955 to 1989 and served as chairman of the Department of History the last 11 years. His first wife, the late Westy Windham, earned a master’s degree in sociology at MTSU and was the founder of the Great American Singalong. Since Westy Windham’s death, Windham and his current wife, Doris, have continued their sponsorship of the lecture series.

The inaugural Windham Lecture in 1990 featured Drs. Dan T. Carter of Emory University and Dewey W. Grantham of Vanderbilt University, who spoke on “The South and the Second Reconstruction.”