MTSU ushers in ‘Year of the Tiger’ in U.S., China with music, dancing, opera 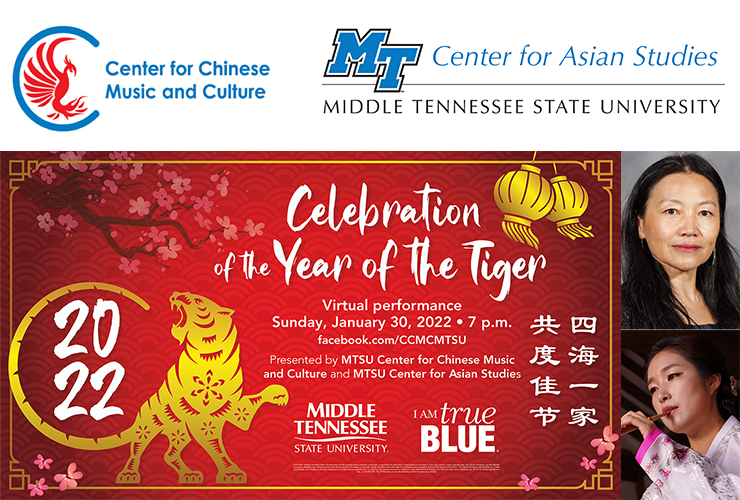 The eyes of the tiger will be on MTSU during two special online performances to celebrate the Lunar New Year.

The Center for Chinese Music and Culture and the Center for Asian Studies will host a virtual show of music and dance at 7 p.m. Central, Sunday, Jan. 30, on Facebook and YouTube to welcome the Year of the Tiger.

Also featured are a traditional group singing of the music of the Hani, an ethnic group from the Yunnan province of southwestern China; a flower-drum dance that is performed at weddings, worship ceremonies and other rites; and the Beijing Opera’s “The Money Tree,” the love story of a fairy and an ordinary person.

Among MTSU’s Chinese partner institutions involved in the concert are the Beijing Dance Academy, Zhejiang Conservatory of Music, Hubei University, and the Capital University of Physical Education and Sports. 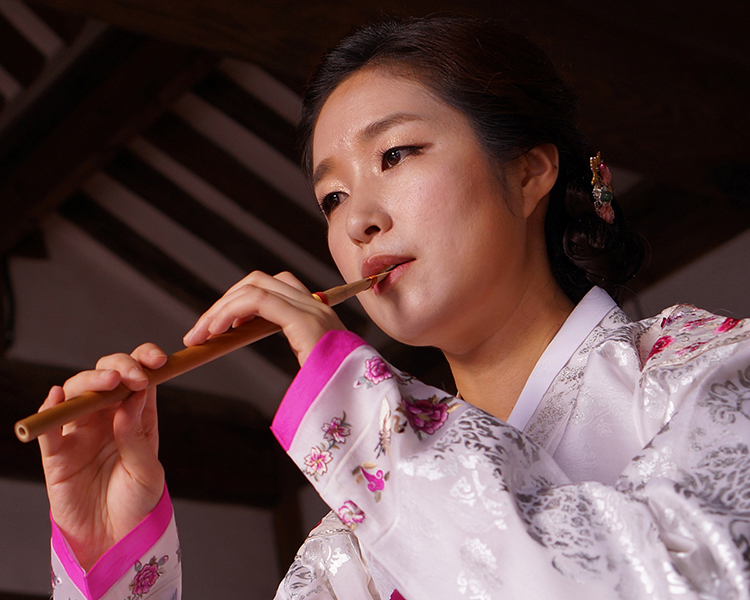 Master musician Gamin Kang will perform at 8 p.m. Wednesday, Feb. 16, at MTSU’s Hinton Music Hall in the Wright Music Building. Her concert is sponsored by the Center for Chinese Music and Culture and the Center for Asian Studies. (Photo submitted)

• Master musician Gamin Kang, one of the most well-known performers of gugak, or traditional Korean music, residing outside Korea will perform at 8 p.m. Wednesday, Feb. 16, at Hinton Music Hall in the Wright Music Building on campus. The concert is free and open to the public.

Kang, who performs with traditional Korean wind instruments, was the featured artist at the 2018 Silkroad concert, performing on stage with its founder, renowned cellist Yo-Yo Ma. She will be accompanied by Vong Pak on janggu, a Korean hourglass-shaped drum.

Mei Han, director of the Center for Chinese Music and Culture, said the Lunar New Year is one of the most important traditional holidays in East Asia. The Year of the Tiger officially runs from Feb. 1, 2022, to Jan. 21, 2023. In the Chinese zodiac, the tiger represents strength, bravery and exorcising evils.

“This is very emotional for me and many overseas Chinese as we are celebrating another Lunar New Year in the midst of the pandemic,” said Han. “We are homesick.”

For information on both events, contact Han at mei.han@mtsu.edu or ccmc@mtsu.edu.