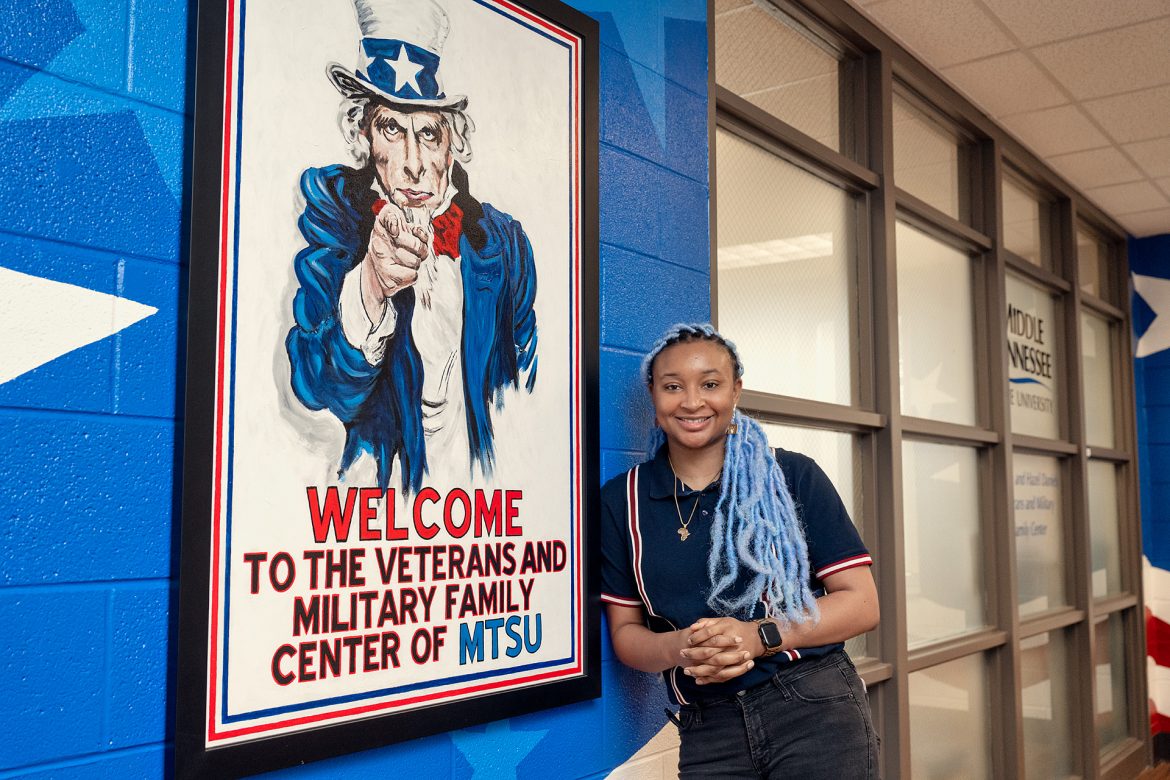 A year after being established, the General’s Fund has helped a Middle Tennessee State University graduate student continue her education as she works to become one step closer to reaching her dreams of becoming a pediatrician.

Keyann Reaves, a Jackson, Tennessee, native and military dependent, was the first to receive support from the fund, which is administered by MTSU’s Charlie and Hazel Daniels Veterans and Military Family Center.

Reaves, who sought her degree at MTSU through her father’s GI Bill benefits, learned last fall when she couldn’t register for classes this spring that her support had run its course.

“My months ran out in October, and I didn’t know,” she said. “I just thought my deferment was late. December comes, and I can’t register for classes because my bill is $3,000. I called everyone I can think of on campus.”

Thankfully, one of those calls went to Daniels Center Director, Dr. Hilary Miller, who said Reaves was precisely the type of student for whom the fund was established to assist.

“She said we’re going to find a way to help you,” Reaves said. 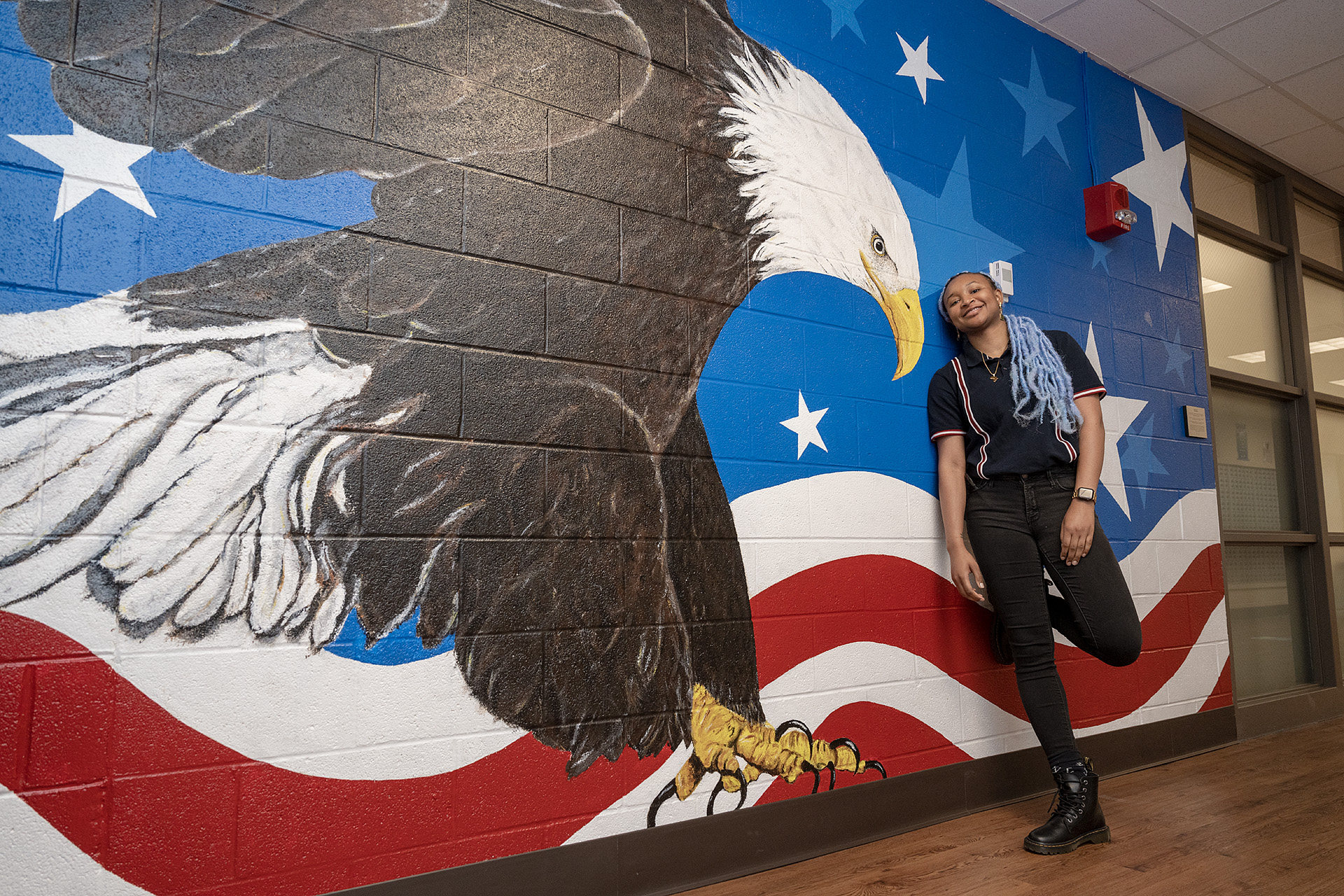 The fund, created in partnership with the Nashville Predators, was established to help student veterans and military dependents at MTSU whose educational benefits have either expired or have been exhausted. The fund recognizes retired Army Lt. Gen. Keith Huber, who now serves as MTSU’s senior adviser for veterans and leadership initiatives.

Country music legend Charlie Daniels and his wife, Hazel, the namesakes of MTSU veterans center, helped announce the fund’s creation in March 2020. It was the last public event that Charlie Daniels, who died in July 2020, attended in support of veterans

“MTSU proudly serves more than 1,100 military-connected students, yet about 20 percent of them no longer have the educational benefits that were earned through service to our country,” Predators President and CEO Sean Henry said. “The General’s Fund will help fill that gap.”

Money raised through the fund bridged the financial gap for Reaves, allowing her to continue working on her master’s degree in chemistry this spring.

“With the help I’ve received from the Daniels Center, and just the General’s Fund, it’s already helping me and it’s the reason I am in school,” Reaves said.

“It’s helping me push through my master’s degree, so I don’t have to worry about how I am going to pay tuition, or take another job, or take out student loans. I can just really focus on school and trying to reach that goal.” 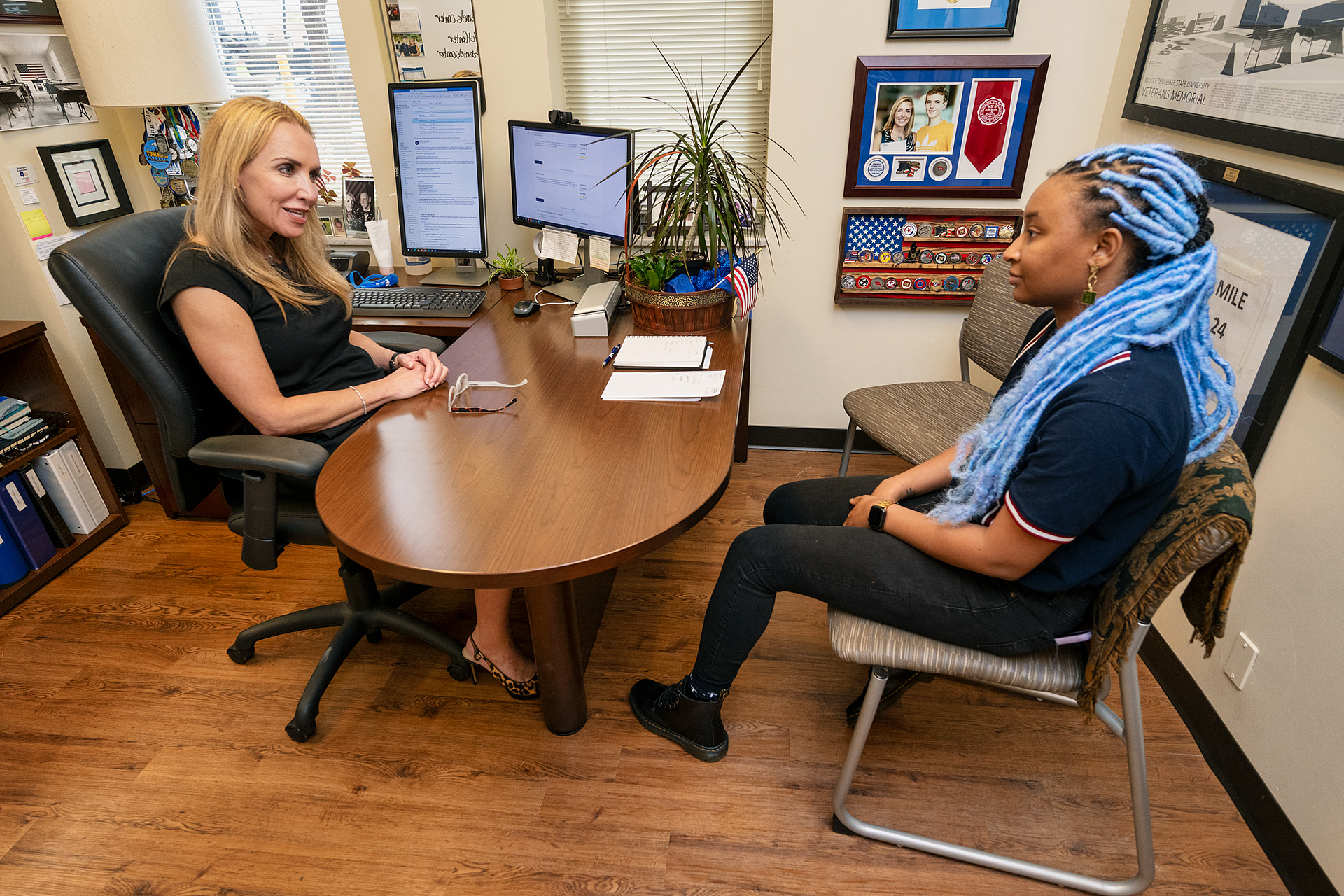 Growing up as a military child, with her dad, Toman Reaves, serving in the U.S. Navy, Reaves and her family lived in Virginia, Texas and California.

“The military was a great option for my dad. In his words, it helped him figure out life and figure out growing up from 26-years-old on,” Reaves said. “I made new friends everywhere, so that was a perk. I still talk to some of the people I grew up with on base.”

“Being a military child, to this day, is one of my favorite things to be. I wouldn’t have it any other way. I don’t know life any other way.”

When it was time to think about college, the decision to attend MTSU was an easy one for Reaves.

Reaves received her bachelor’s degree in chemistry and African American studies in 2018. 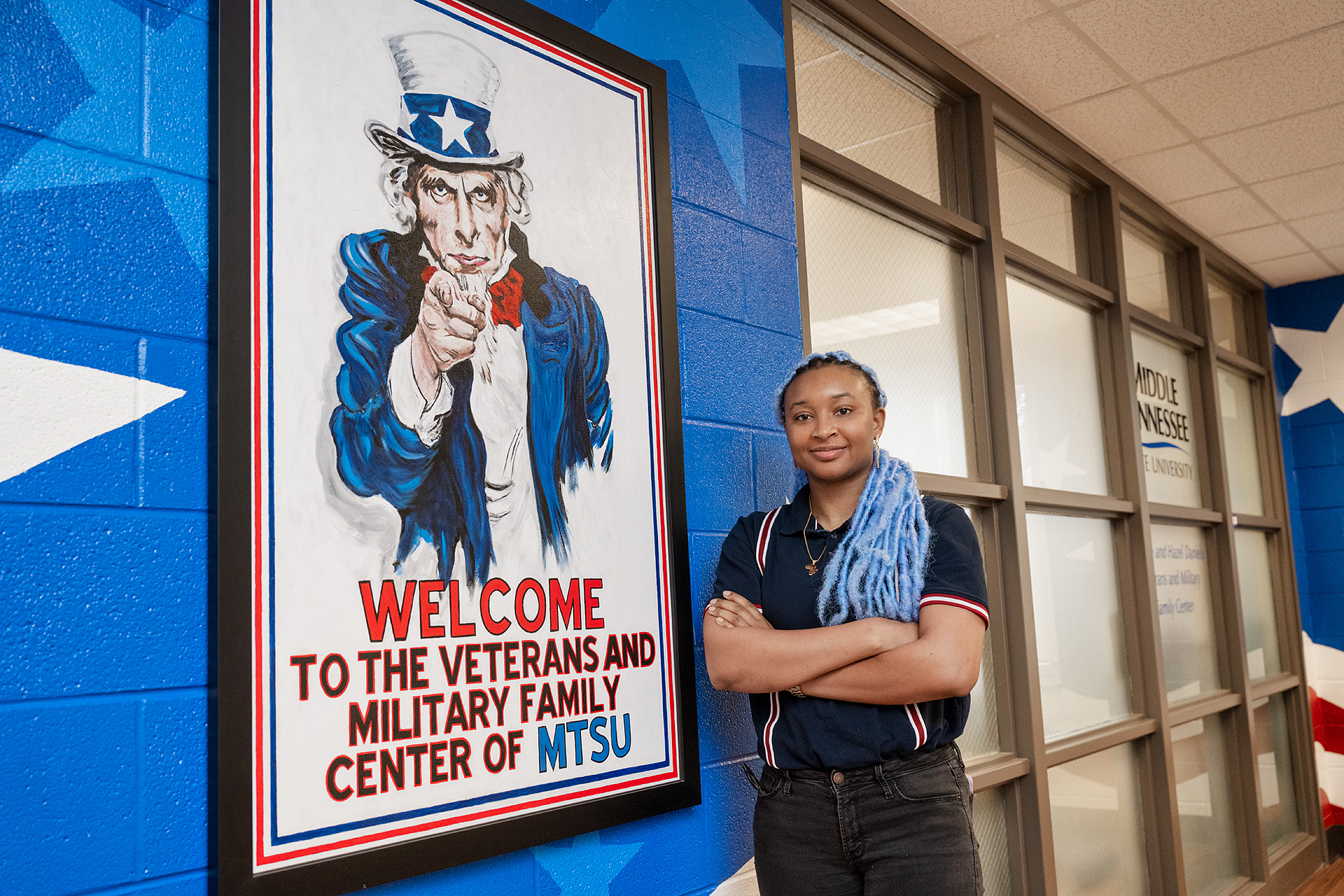 Keyann Reaves is the first recipient of the General’s Fund. (Photo: Andy Heidt)

And since her freshman year, Reaves found the support she needed from MTSU’s Daniels Center. “The veterans center has been with me since I was a freshman and helped me figure out my benefits and how everything was supposed to go,” she said.

Reaves said after completing her master’s degree she hopes to attend Meharry Medical College in Nashville and eventually open her own practice.

And with the General’s Fund, Reaves is well on her way to accomplishing that dream, saying it’s an honor to be the first recipient of the scholarship.

“It’s a big deal and is truly an honor to be the first recipient of the General’s Fund. If I’m the person or spokesperson of something I want to do it to my best ability and to help share this experience with other students who are just like me who are military dependents on MTSU’s campus that can receive help from the Daniels Center because everything here and in the center is here to help us.”

Reaves and Gen. Huber will be recognized at the Preds’ Military Appreciation game on Monday, April 26.

For more information on the Daniels Center, click here.