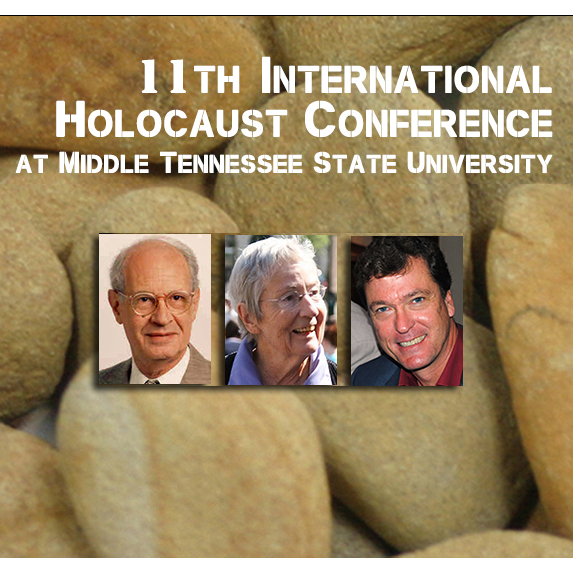 Music, film and compelling first-person accounts from survivors and liberators are on the agenda for the 2013 MTSU Biennial International Holocaust Studies Conference, which is scheduled Oct. 15-18 on campus.

This MTSU conference marks the 11th gathering of scholars who aim to document all aspects of one of the world’s most devastating tragedies.

It also marks the 80th anniversary of Adolf Hitler’s rise to power in Germany and the 75th anniversary of Kristallnacht, or “the night of broken glass,” a wave of coordinated anti-Jewish violence that took place Nov. 9-10, 1938, throughout Germany and occupied parts of Austria and Czechoslovakia.

“I think that when a topic is as important as the Holocaust, academic conferences should make provisions for programs that will appeal to the general public and open them without cost to anyone who would like to attend,” said Dr. Nancy Rupprecht, co-chair of the Holocaust Studies Conference Committee.

Several sessions are free and open to the public. All public sessions will take place in MTSU’s James Union Building, including “80 Years On: The Implications of Hitler’s Seizure of Power for the Holocaust,” a presentation by Dr. Gerhard Weinberg.

Weinberg, one of the world’s foremost Holocaust historians and the winner of almost every major award in his field, will speak at 11:20 a.m. Thursday, Oct. 17.

Ursula Mahlendorf, who rose above her childhood experiences as a member of the Young Girls’ division of the Hitler Youth, will speak at 1:40 p.m. Friday, Oct. 18. Mahlendorf will discuss the intense indoctrination she experienced as a child in her presentation, “You Have Got to be Taught, You Have Got to Be Bought: Gender and Political Socialization in the Third Reich.”

The MTSU Women’s Chorus will sing “Songs for Silenced Voices” at 1:10 p.m. Wednesday, Oct. 16. This concert will pay tribute to children who have perished in the genocides in Bosnia and Rwanda as well as in the Holocaust.

“We hope that our singing pays homage to lives cut short and inspires young women to help the children we come in contact with every day,” said Angela Tipps, who is director of the chorus and an assistant professor in MTSU’s School of Music.

Students will explain the music before performances of “Prayer of the Children,” “Schlof Main Kind” (“Go to Sleep, My Child”), “AniMa’amin” (“I Believe”), “Beneath the African Sky” and “It Takes a Village,” accompanied by student musicians.

At 1:50 p.m. Oct. 16, Dr. Adam Jones, political science professor at the University of British Columbia, will address the topic of “Gendercide: The Gender Dimension of Mass Violence.”

Color footage of the notorious Dachau concentration camp shot in 1945 by George Stevens, Oscar-winning director of such acclaimed Hollywood films as “Giant,” “A Place in the Sun” and “The Diary of Anne Frank,” is scheduled to be shown at 2:50 p.m. Friday, Oct. 18.

Children who were hidden from the Nazis to ensure their survival will tell their stories at 4 p.m. Oct. 18, in the “Hidden Children of the Holocaust” panel discussion.

The participants will be Sonja DuBois of Knoxville, Tenn., Frances Cutler-Hahn of Nashville and Nellie Toll, adjunct professor of Holocaust studies at the University of Pennsylvania.

A feature of the conference designed exclusively for K-12 educators is “Life in the Shadows: Hidden Children and the Holocaust,” set for 8 a.m.-3 p.m. Tuesday, Oct. 15, in Room 221 of the Learning Resources Center.

For more information, contact Rupprecht at 615-898-2645 or holocaust.studies@mtsu.edu or Dr. Elyce Helford, committee co-chair, at 615-898-5961 or elyce.helford@mtsu.edu. You also can visit www.mtsu.edu/holocaust_studies.

For parking information, go to http://tinyurl.com/MTSUParkingMap13-14.