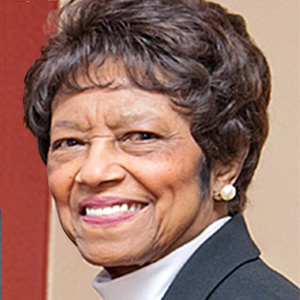 The Blue Raider family and the wider community lost one of its treasures over the weekend with the death of longtime education advocate Mary C. Scales.

Scales, the university’s first African-American professor and an MTSU alumna, died Sunday following a long battle with cancer. She was 85.

“Mrs. Mary Scales was truly a community treasure, a tremendous advocate for education and a cherished member of the MTSU community,” MTSU President Sidney A. McPhee said.

“She was also a dear friend to me and my wife, Elizabeth, who worked closely with her over the years as Alpha Kappa Alpha sorority sisters as well as avid supporters of local schools.

“Mrs. Scales was a trailblazer on the MTSU campus during her tenure within the College of Education, becoming the university’s first black faculty member and lending her voice within the wider community as a strong advocate of civil rights for all.”

Her late husband, Robert “Tee-Niny” Scales, was the city’s first black councilman when he was elected in the early 1960s. She followed in her husband’s footsteps more than two decades later, becoming the first black woman elected to the City Council.

Their daughter Madelyn Scales-Harris, also an MTSU alumna, continued the family legacy by being elected to the council in 2010.

Scales-Harris told The Daily News Journal: “So many people have said that Murfreesboro is a better place because of the work of my mom and my dad. … My mother died with dignity. She died the life she lived.”

Mary Scales is known for her decades of teaching and civic work, including her longtime membership on the Murfreesboro City School Board, as well as owning and operating the family business, Scales & Sons Funeral Home, which will observe its 100th anniversary in 2016 and is now under the leadership of the fourth generation of the Scales family.

After receiving her bachelor’s degree from Tennessee State University, earning a Master of Arts in Education from MTSU and completing postgraduate work at Peabody College and Vanderbilt University, Scales became a classroom teacher and supervisor of instruction.

She taught middle school math at Bradley and Bellwood schools and worked in Murfreesboro City Schools administration before joining MTSU’s education department as an assistant professor. She later became associate dean of continuing education as well as a math specialist for the Tennessee Department of Education.

Mary Scales was inducted to the Tennessee Teachers Hall of Fame at MTSU in 2001 for her years of service to the children of Murfreesboro.

Last year, MTSU honored her along with two other women at the annual Unity Luncheon as one of the “unsung heroes” within the black community. You can watch a video from the event below.

“Her passion for properly educating the future generations was unparalleled and the legacy she leaves shines as bright as that wonderful smile that met everyone who had the privilege of crossing her path,” McPhee added. “Our thoughts and prayers are with the entire Scales family during this time.”

You can read more about Mary Scales’ life here. Listen to Scales discuss MTSU integration, the Upward Bound program and more in an archived interview from the Albert Gore Research Center here.