Law enforcement officials and prospective employees from around the Midstate will have an opportunity to meet and discuss careers in a friendly, casual setting for a second year. 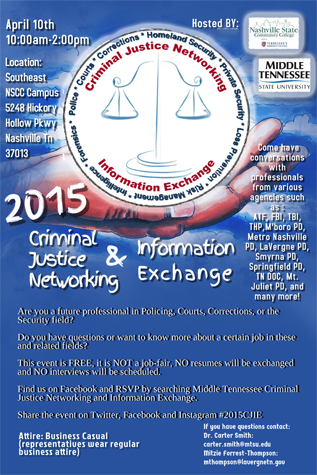 The free public event, which organizers are calling a “non-career fair,” will provide opportunities for those seeking jobs in law enforcement, the judiciary, corrections or security to chat with working professionals in those areas.

Smith, who teaches courses on security at MTSU, said the event isn’t intended for resume exchanges and formal job interviews, which he believes create a psychological barrier to building relationships.

“I don’t want that additional factor to enter into students’ minds,” said Smith. “I want them to talk to somebody who did the job this morning.”

More agencies, which may not be as obvious to job seekers, will include the U.S. Army Corps of Engineers, the Tennessee Valley Authority and Better Business Bureau.

“The TVA has its own security forces,” said Mitzie Forrest-Thompson, an MTSU graduate student who also is a crime/intelligence analyst and internship coordinator for the La Vergne Police Department.

“The average civilian doesn’t even know that. … The students don’t know that because it’s not in the textbooks.”

Forrest-Thompson, who is helping organize the conference, said her agency has had to reject numerous applicants because of their poor grammar and punctuation as well as their lack of social skills.

“We could tell that they were not going to be good socially, face-to-face,” Forrest-Thompson said.

“Because there are so many students depending on social media these days, they do not have the capabilities to … interact with real human beings.”

The ability to form relationships and partnerships is exactly what makes criminal justice career relationships work within agencies and across jurisdictions, Smith said. 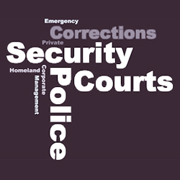 “Everything now is validation,” said Sgt. Larry Pollard of the Tennessee Highway Patrol. “If we have that face-to-face relationship, it’s easier to get that.”

The MTSU Department of Criminal Justice Administration and the Fraternal Order of Police of Williamson County, Lodge 41, are sponsoring the exchange. Plenty of free parking will be available, and business-casual clothing is advised.

WCJK-FM, also known as “Jack FM,” in Nashville will host a remote broadcast from the exchange from 10 a.m. to noon. Listeners may tune in to 96.3 FM or go to www.963jackfm.com.