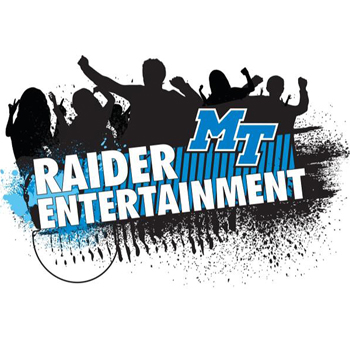 At Friday’s ceremony, set to begin at 7 p.m. in the second-floor theater, festival organizers will recognize the top three student participants and then screen their films.

A searchable campus map of MTSU, complete with parking details, is available at http://tinyurl.com/MTSUParking14-15.

“I’m very excited to see what’s in store for this year,” said films coordinator David Inman. “Each year, the diverse selection of films is a testament to the creativity and dedication of our student filmmakers.

“The Film Festival is a unique experience and is typically full of surprises. The blend of comedic and dramatic tones makes for refreshing evening at the theater.”

The MTSU Student Film Festival, which has been running since 2000, is offering nightly screenings this week of student films.

Any MTSU student in good standing with the university may submit a film, regardless of major field of study. He or she must “perform a substantial role” in the production, whether by serving as lead actor, screenwriter, director, director of photography, executive producer, producer or another role approved by the film festival chair.

MTSU’s Films Committee is a part of a council of students called “Raider Entertainment” under the Office of Student Programming and Activities. The group plans weekly events for the MTSU community throughout the academic year and coordinates special events such as the Week of Welcome comedy guest, “MT Idol” and the Student Film Festival.

You can get more information anytime at www.mtsu.edu/events.