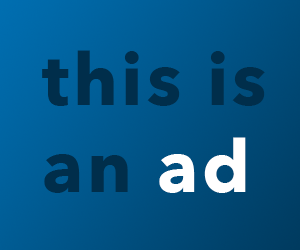 Last fall, MTSU students received a friendly reminder from McCallie Dining and Raider Zone cashiers and servers that it was time to register for spring semester classes.

Those same smiling faces may be at it again as it’s time for students to register for summer 2017 and fall 2018 classes.

“Dining staff were so helpful last year; they were professional, collegial and their assistance is much appreciated,” said Dr. Rick Sluder, vice provost for student success and dean of the University College.

“We have received several comments from colleagues from across the country about the work going on at MTSU to involve all areas of campus to change the culture about the importance of early registration for the next semester,” Sluder added.

“They especially appreciated our engagement of dining staff in this endeavor.”

Tyler Henson, assistant director in the Scheduling Center in the Student Services and Admissions Center, said priority registration for summer and fall is crucial for currently enrolled students because they can register ahead of thousands of new incoming first-year and transfer students.

“Those who wait risk losing their seats as early as the Monday after priority registration, when the new students can register for summer courses,” Henson said, “so it’s in their best interest to register at their assigned time and not wait until August, or even May, to sign up for fall classes.”

Advisers have been working since the fall 2016 semester began to help students prioritize having a plan, mapping their degree progress and staying on track, Sluder said.

“Part of this educational process is to encourage students to get their courses set by taking advantage of priority registration,” he added. “MTSU’s complete focus on the student, keeping them on track and facilitating their success, is what has made a difference and brought the university national prominence.”

Sluder said MTSU makes a special effort to inform students about summer classes  because they can enroll in summer 2017 classes when they enroll for fall 2018.

Organizers will provide a variety of giveaways, including fans, flying discs, T-shirts and cups, all containing summer school messaging.