Dating on a College Budget

The public is invited to join the MTSU community for the university’s fourth 9/11 Remembrance at 7:30 a.m. Tuesday, Sept. 11, at the Veterans Memorial site outside the Tom H. Jackson Building, 628 Alma Mater Drive.

The event commemorates the 17th anniversary of a series of four coordinated terrorist suicide attacks by the militant extremist group al-Qaida on U.S. landmarks, which occurred Sept. 11, 2001. 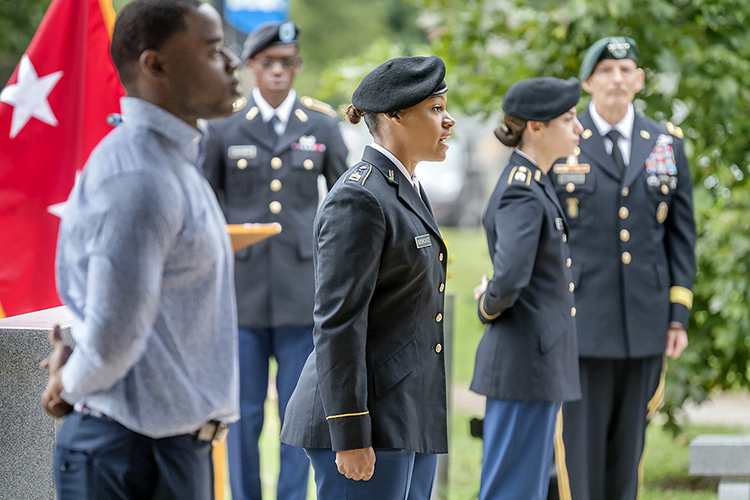 Student veterans and MTSU cadets Christopher Hilton, left, Sydney Moskovitz and Amber Cetinel discuss where they were Sept. 11, 2001, and how it affected their lives during the university’s 9/11 Remembrance last September at the Military Memorial site. (MTSU file photo by J. Intintoli)

To find parking for the event, visit www.mtsu.edu/parking/2018ParkingMap.pdf.

In the event of rain or inclement weather, the event will move into Cantrell Hall in the Tom H. Jackson Building.

Guest speakers will include:

“This is a time for our university, joined by our community, to reflect upon the events which changed our lives and which directly led to actions characterized by  sacrifice and service,” Huber said.

Keith M. Huber, senior adviser for veterans and leadership initiatives at MTSU and retired U.S. Army lieutenant general, recalls where he was Sept. 11, 2001, and how it affected the latter years of his military career before retiring. He shared this during the MTSU 9/11 Remembrance at the Military Memorial site in September 2017 outside the Tom H. Jackson Building. (MTSU file photo by J. Intintoli)

The Department of Military Science — several cadets and first-year chair, U.S. Army Maj. Carrick McCarthy — will participate in the program. He and several cadets are expected to speak, and the majority of the ROTC program will be in attendance.