Musicologist has ear for futur..

Central Magnet in the high school division and St. Rose of Lima in the middle school category are scheduled to return to defend their respective titles at the 24th Regional Science Olympiad at MTSU from 7:30 a.m. to 5 p.m. this Saturday, Feb. 23.

Nearly 500 students and their teams will compete to earn berths in the State Science Olympiad, which is set Saturday, April 6, on the University of Tennessee-Knoxville campus.

There will be 23 events in both middle school and high school divisions throughout the day at the MTSU regional. Most of the events will take place in the Science Building, Davis Science Building and Wiser-Patten Science Hall. 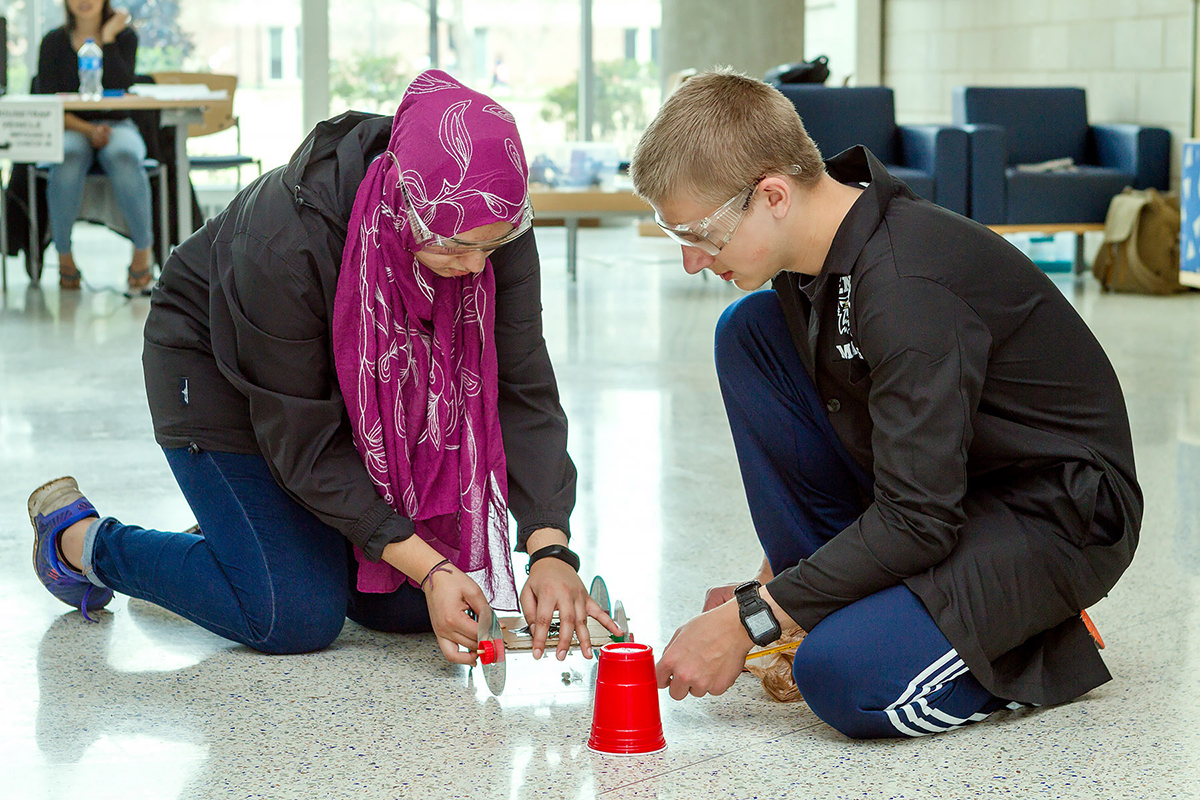 Peyton Page and Asthma Mohammed from Central Magnet School work together on their “mouse trap” project on the first floor of the Science Building in February 2018 during the 23rd Regional Science Olympiad at MTSU. A total of 28 high school and middle school teams competed. (MTSU file photo by James Cessna)

Several schools plan to send more than one team in their respective divisions.

Some events are offered to both divisions.

MTSU faculty and students volunteer to help in the day’s events. The College of Basic and Applied Sciences also contributes to the effort.

State Farm is a major sponsor of the Regional and Elementary Science Olympiads.

State Farm agents Dana Womack and Michael Busey said they plan to attend and will help distribute awards, which are scheduled to begin at 3 p.m.

Founded in 1984, the Science Olympiad provides meticulous, standards-based challenges to 7,800 teams in all 50 states. 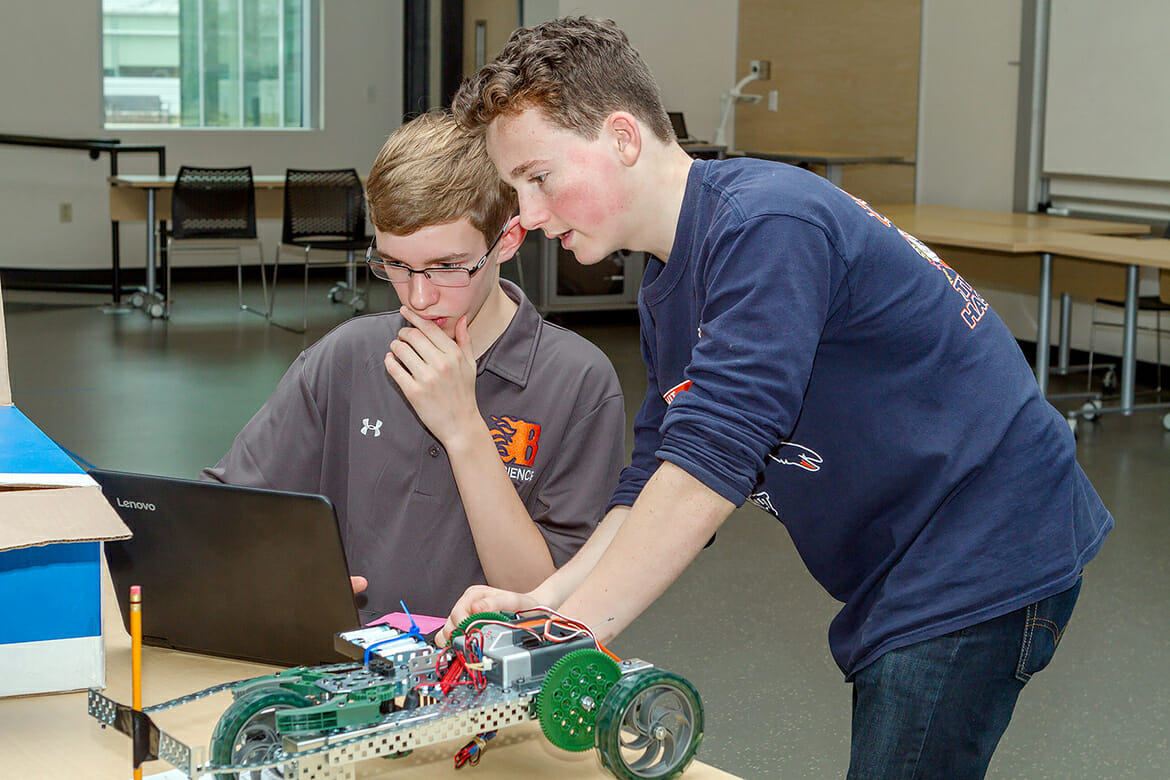 Blackman High School students Ian Goodman, left, and Micah Wolfgram work on a “battery buggy” project at the 23rd Regional Science Olympiad in February 2018 at MTSU. A total of 28 high school and middle school teams received a hands-on experience into the world of science. (MTSU file photo by James Cessna)