In the News: MTSU faculty disc.. 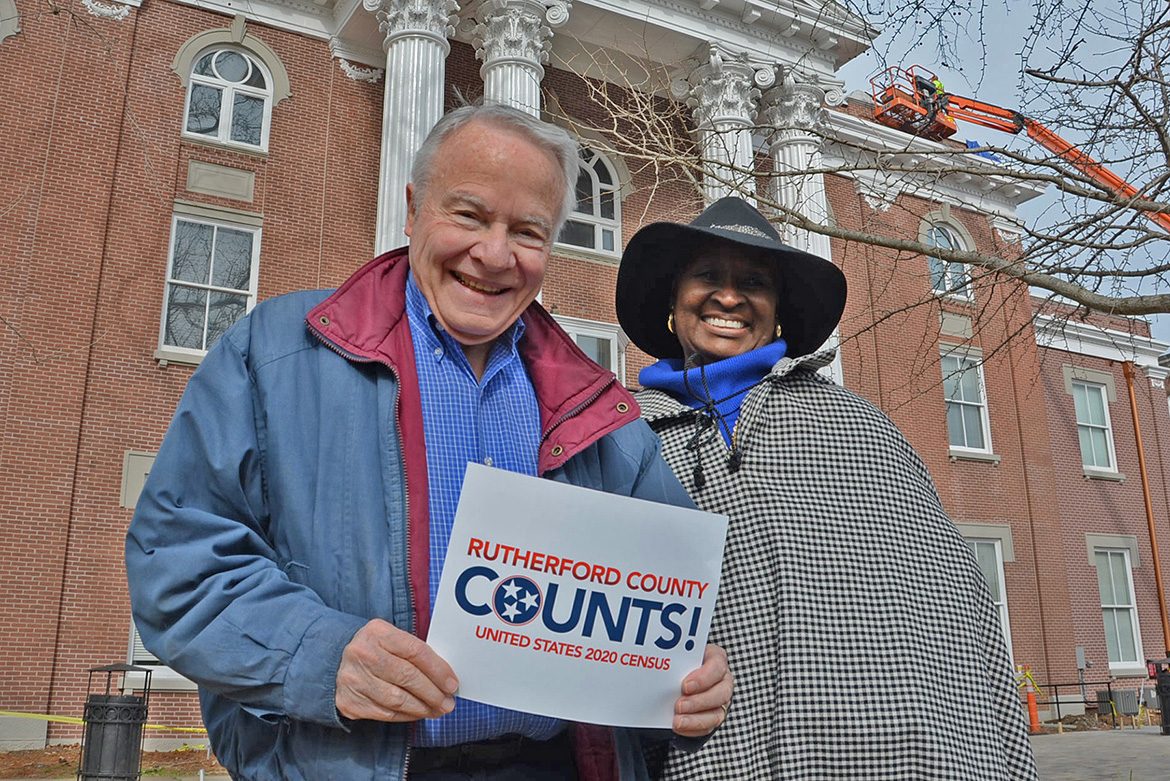 As coronavirus precautions continue to necessitate more time at home for everyone, Rutherford County residents are urged to check their mailboxes and stacks of mail for their 2020 census forms that for the first time can be filled out online as the April 1 Census Day approaches.

For one of the fastest growing counties in the state and nation, this year’s decennial U.S. census means tens of millions of dollars could be gained for public services such as schools, roads and health clinics for the next decade — if an accurate count is captured of the thousands of new residents that have moved into the community since 2010.

And while the county and nation continue taking ever-increasing precautions to stem the spread of the coronavirus outbreak, residents can take advantage of more time at home by taking a few minutes to complete an important civic duty.

“The census form will only take a few minutes to fill out, the information shared remains confidential and the funding tied to our count is critical for providing the necessary level of services for a fast-growing community like ours. It’s also a civic responsibility for all of us.”

Residents wanting to complete the census questionnaire online but can’t locate their census ID can go www.my2020census.gov and follow instructions. Households can also respond by phone or by mail when they receive the paper questionnaire in a few weeks.

A short video featuring local community leaders explaining the importance of the U.S. Census can be viewed below or learn more at www.2020census.gov.

Within recent weeks, the U.S. Census Bureau began sending every household an invitation that includes a unique census ID to complete a simple questionnaire about who lives at that address on April 1. The questionnaire is available in multiple languages, and census officials are reminding residents that federal law keeps those responses safe and secure.

And now that the U.S. Census Bureau has suspended door-to-door activities at least until April 1 and perhaps longer, census officials say it’s even more critical that households respond in a timely manner. Census workers traditionally begin going door-to-door after April 1 to reach those households who haven’t responded.

As mandated by the U.S. Constitution, the census is a once-every-decade count of everyone living in the country, with the results helping to determine how an estimated $675 billion in federal funding flows into states and communities each year as well as how seats in Congress are distributed among the 50 states. 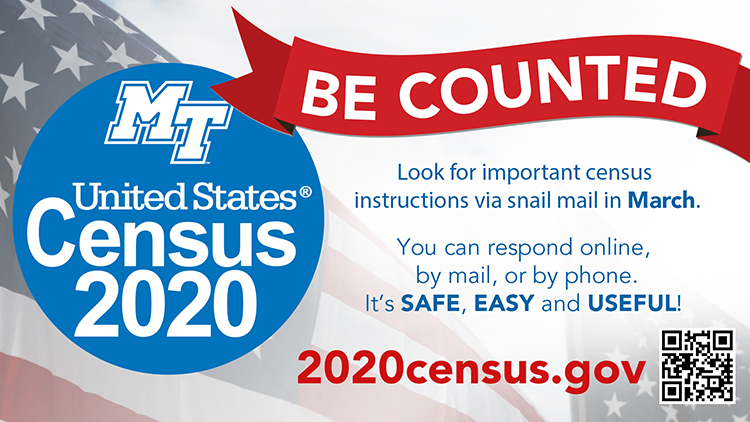 Rutherford County and Murfreesboro have issued proclamations in support of the 2020 census and the leaders of Smyrna, La Vergne and Eagleville all pledged their support at a county census kickoff event last spring.

“Now that census mailings are going out to residents, we’re asking our local elected officials to use their influence and visibility to encourage all residents to fill out the questionnaires,” said Steve Sandlin, deputy to Rutherford County Mayor Bill Ketron and a liaison to the local census committee.

“These are real dollars available to help our county and municipalities deal with ongoing issues such as traffic and infrastructure and it would be foolish to leave that money on the table.”

The local Census Complete Count Committee is working to raise awareness to increase response rates from harder to reach populations such as immigrant communities, homeless residents and Middle Tennessee State University students living on or off campus who may not realize that they should fill out the Rutherford County census form. 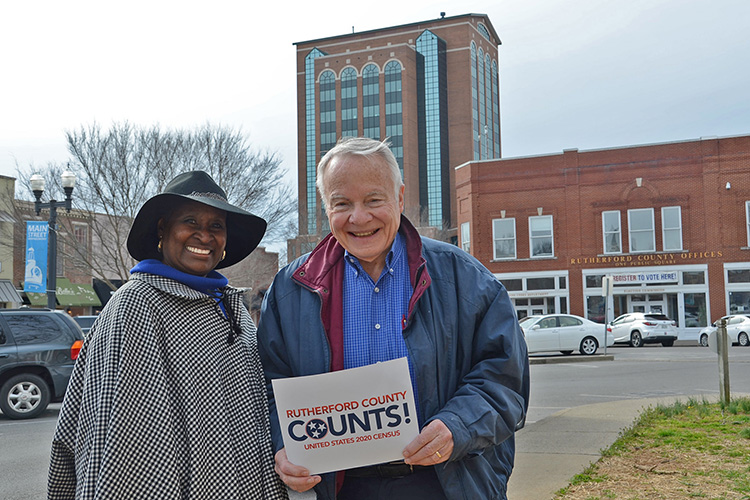 With a theme of “Rutherford County Counts!”, local census committee volunteers hope to partner with Census Bureau representatives in the coming months — pending COVID-19 restrictions being lifted — to share information and reminders at local events, schools, houses of worship as well as through local media, social media and other available print, digital and electronic platforms.

But perhaps the most effective form of promotion will be word of mouth.

“Volunteers on our committee will serve as frontline advocates for the 2020 census, but we welcome ALL residents who understand its importance to serve as census ambassadors and urge everyone in their circles of influence to fill out the form,” said Bill Kraus, co-chair of the Rutherford County Complete Count Committee.

“It will take all of us to ensure that we get a complete and accurate count.”

The U.S. Census Bureau has also been hiring part-time census takers who will work throughout the spring and summer to reach residents who haven’t responded to the questionnaire. Those interested can visit www.2020census.gov/jobs for more information and to apply.