Even as the ongoing pandemic has limited social interactions for months on end, Middle Tennessee State University employees strengthened connections with the wider community by again pledging a record amount of donations during this year’s Employee Charitable Giving Campaign.

“We launched the academic year with the university’s Charitable Giving Campaign, to which our faculty and staff responded in record numbers, resulting in an all-time high level of giving to help with increased needs within our wider community,” said MTSU President Sidney A. McPhee. “This generosity will provide vital support to our neighbors who are facing difficult hardships. I couldn’t be prouder of our university community for showing its True Blue spirit in such meaningful way.”

MTSU’s annual Charitable Giving Campaign is a monthlong effort by faculty and staff to support worthy causes, primarily through monthly payroll deductions over the next year, but also allows one-time, lump-sum gifts at the donor’s discretion.

During the campaign, participants designate gifts to organizations from a list of 10 independent charities and three federated groups of charities, including Community Health Charities, Community Shares, and local United Way organizations. 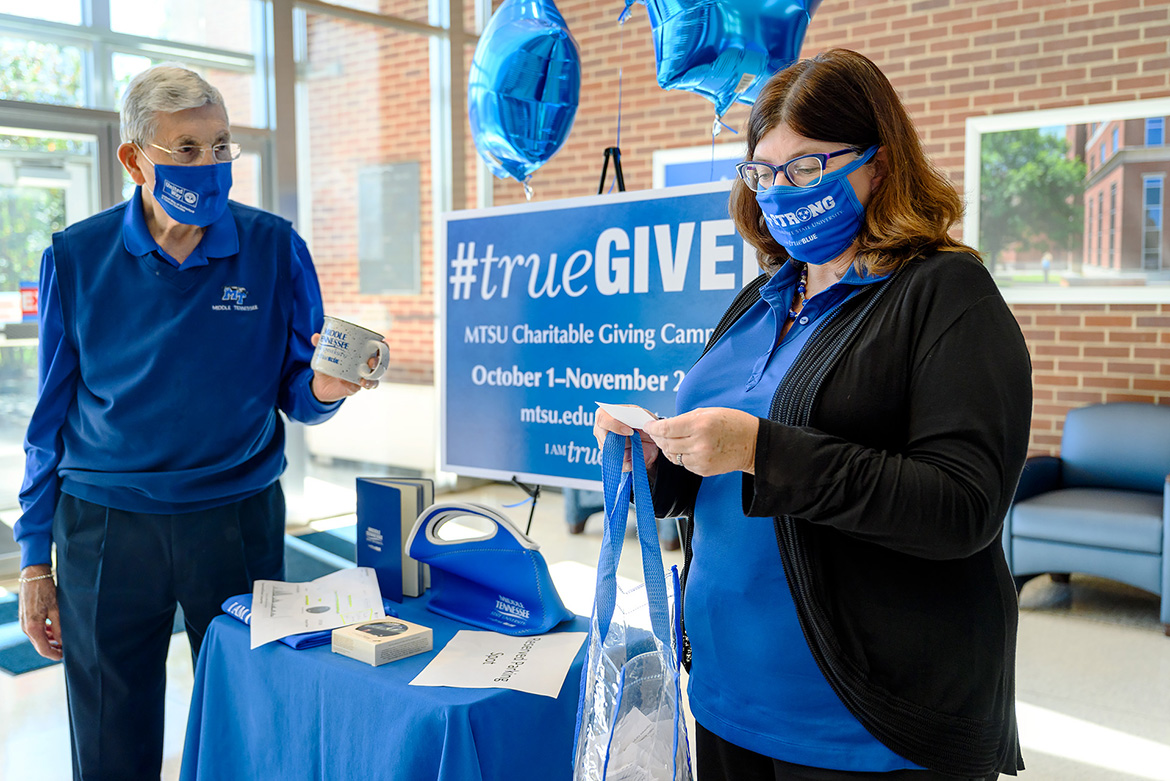 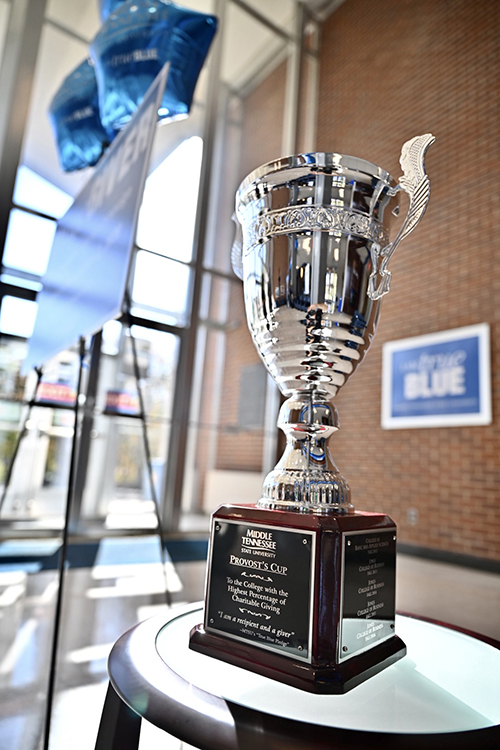 The 2020 Provost Cup awaits presentation in the atrium of the Cope Administration Building in early November. (MTSU photo by J. Intintoli)

Throughout the month, participants’ names were entered into weekly drawings for a variety of “True Blue” swag and reserved parking spaces. All employees were eligible for the drawings, even those who choose not to give, as long as they registered at the campaign website.

Provost Mark Byrnes again thanked the faculty and academic units for their tradition of participation in the campaign, and — for the eighth straight year — presented the Provost Cup to the Jennings A. Jones College of Business, represented by Teena Young, operations administrator for Jones College, along with Dean David Urban and Associate Dean David Foote.

The Provost Cup is a friendly competition between academic units that is awarded to the college with the highest percentage of employee participation.

“We want to share it with all of our colleagues at the Jones College who have stepped up to the plate once again and donated … to help other people who are less fortunate,” said Urban, noting that the growth experienced in the Middle Tennessee area over the years brings with it increasing needs for assistance to community members who face a variety of economic and social challenges. 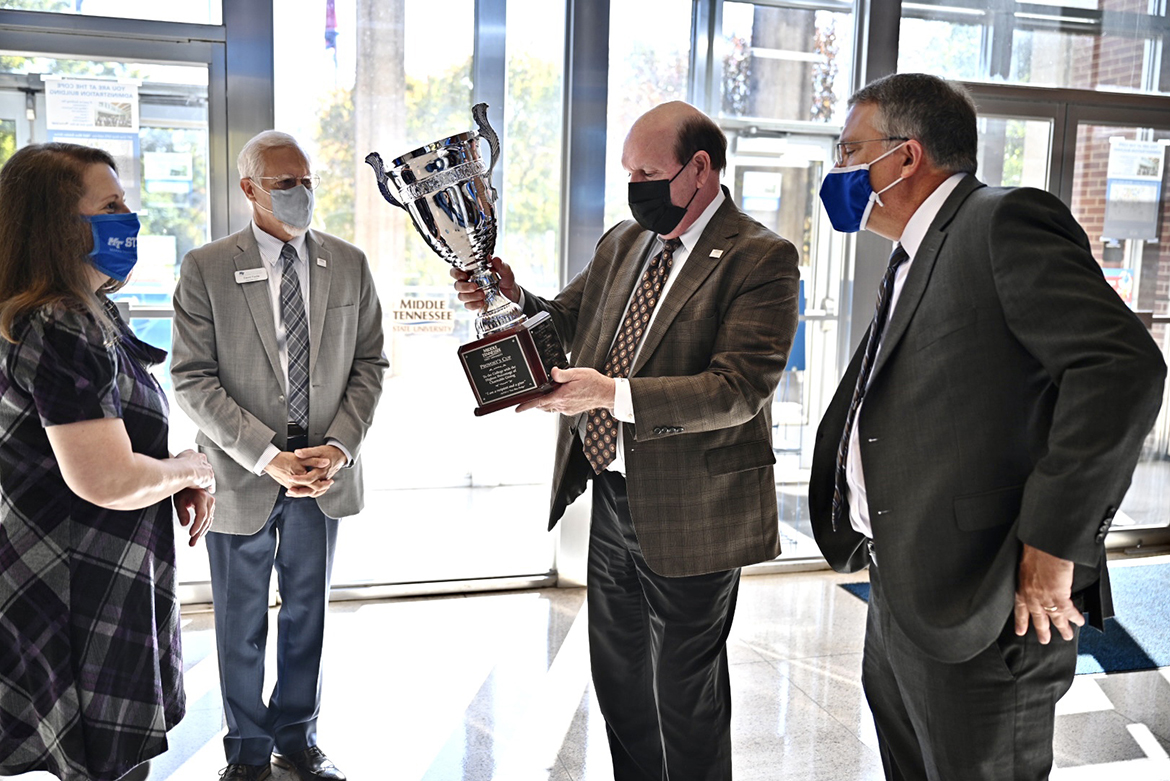 Jones College of Business Dean David Urban inspects the Provost Cup in the atrium of the Cope Administration Building in early November after University Provost Mark Byrnes, right, presented the 2020 cup to the Jennings A. Jones College of Business for having the highest level of participation the 2020 Employee Charitable Giving Campaign. Joining Urban in accepting the award are Teena Young, far left, operations administrator for Jones College, and Associate Dean David Foote. The Jones College won the cup for the eighth straight year. (MTSU photo by Andrew Oppmann)