Trade report: Despite drop, 3rd quarter not as har...

Trade report: Despite drop, 3rd quarter not as harsh to Tennessee exporters 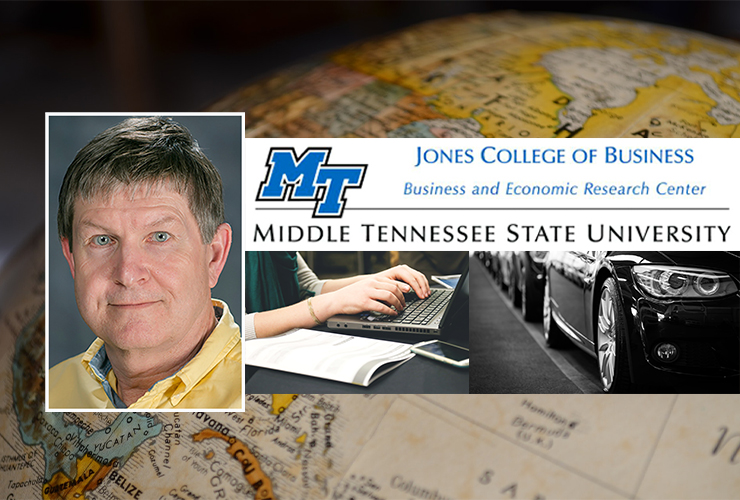 Tennessee exporters still saw an overall year-over-year decline in the third quarter, though not as drastic as the pandemic-induced drops of the previous quarter, according to the latest “Global Commerce” trade report from MTSU’s Business and Economic Research Center.

“As COVID continued to disrupt the world economy, Tennessee lost about $700 million in exports during the third quarter of 2020,” said Global Commerce author Steven Livingston, BERC associate director and a professor of political science and international relations at MTSU.

“This is about a 10% decline from foreign shipments a year ago. This was despite a large gain in Tennessee exports to China (up by over $250 million) and soaring state shipments of cell phone products (up by over $150 million).”

For the state, large losses in Canada and Mexico, primarily in the automotive sector, joined declines in Europe, Latin America, and the rest of East Asia to produce most of the bad news, Livingston noted. Medical-related industries held their own, but laptops, electrical equipment, and plastics joined the automobile industry in seeing substantial drops in their foreign shipments.

“With manufacturing now expanding globally, we might hope for some better numbers for the fourth quarter,” he said.

To read the full report and more detailed summaries, go to https://www.mtsu.edu/globalcommerce/reports/profile/335.