5 Things You Didn’t Know About MTSU

5 Things You Didn’t Know About MTSU 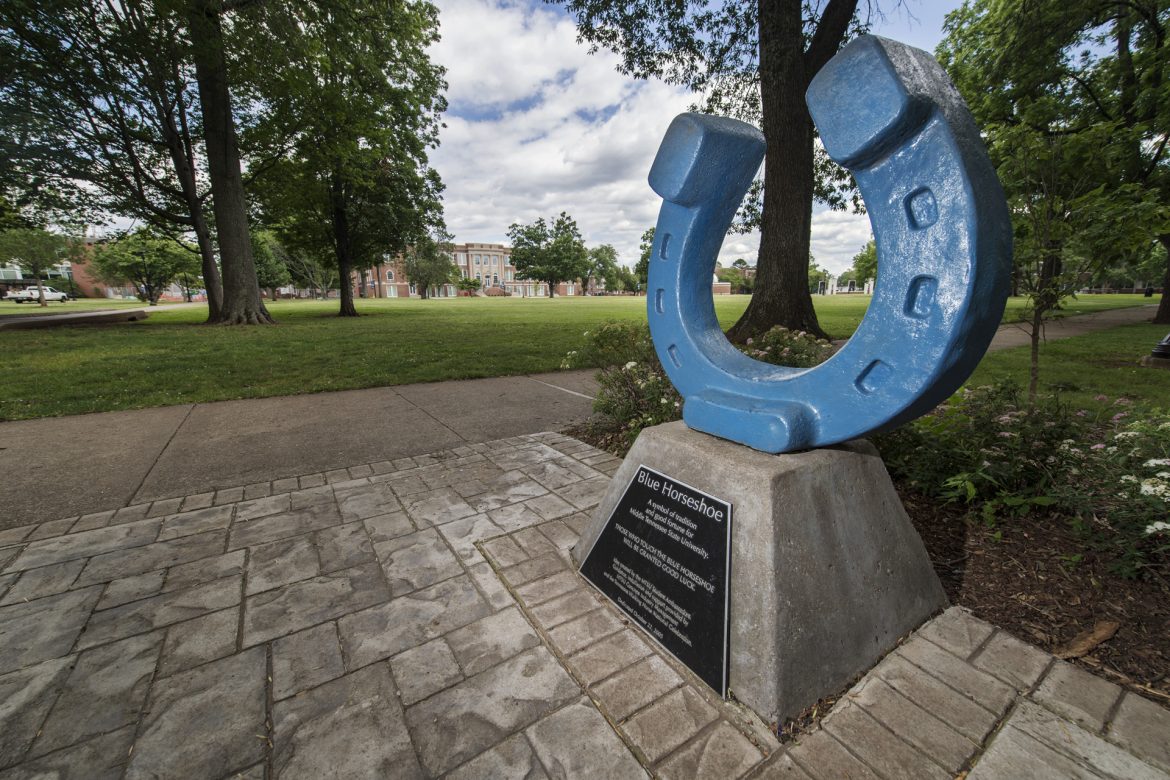 Our school has been around for over 100 years. When you think about that length of time, there’s a lot of room for weird traditions, crazy antics, and interesting stories. MTSU’s campus is bleeding with fascinating history, and I wanted to hear about it, but I wanted to hear about the things that you can’t find on a typical campus tour. So, I met with Donna J. Baker of MTSU’s Albert Gore Research Center to find all of those lovable little niche stories and facts. Here are just some of the interesting things I found out.

When you take campus tours and you’ll make a stop at Kirksey Old Main (KOM) and hear the legend about meeting your future spouse. They tell us, “If you meet someone on the steps of KOM, they are your future husband/wife.” It sounds like something of an old wives’ tale, but I was surprised to learn the original truth to the legend. 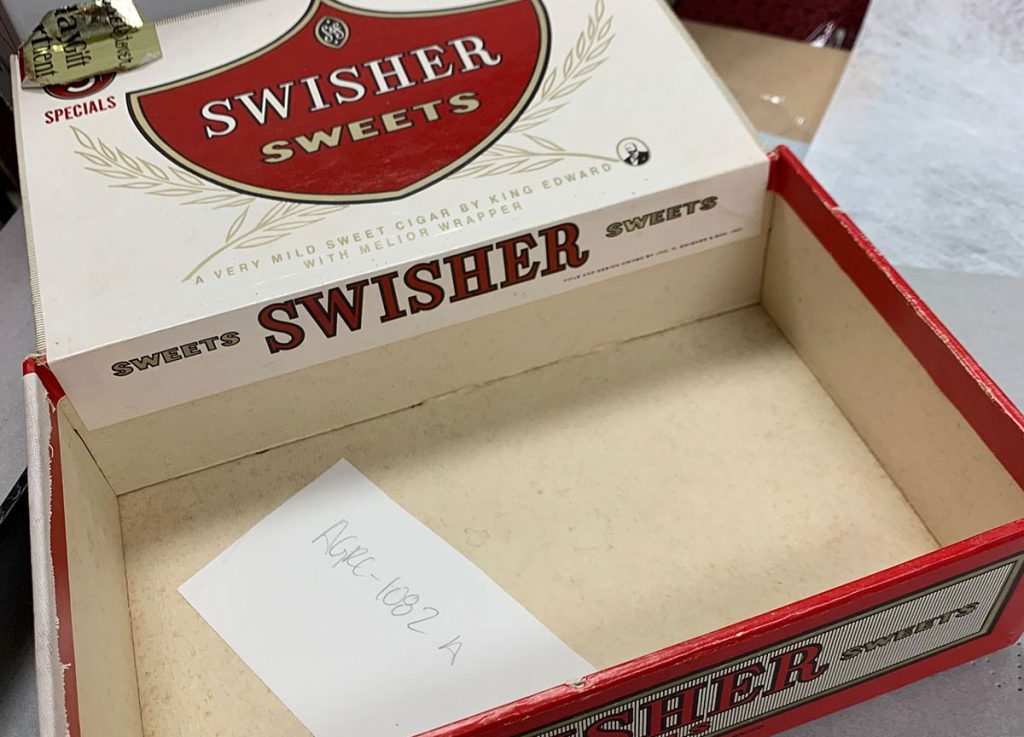 Baker showed me what seemed to be a regular cigar box. She opened the box to reveal a pocket diary. The diary belonged to Louise Mott Miles, a graduate of 1926’s Middle Tennessee State Normal School. The Gore Center created a Twitter account for Louise and started tweeting her entries.

From the diary, we know that she hated chemistry, she would be teaching home economics, and she met her husband, Kenneth, on the steps of KOM. So, come to find out, this apparent “legend” has truth to it, after all. 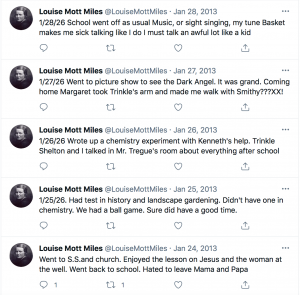 During the war, a lot of universities were struggling to stay afloat. A lot of schools ended up closing their doors due to the lack of money. Our president at the time was a man named Q. M. Smith. Smith was the second student to enroll in the school when it started in 1911, graduating in 1913. In 1938, he came back to become president.

Smith started the Alumni Association and started to organize campus life, so his love for the school was never doubted. To keep the school open, he took advantage of the many federal programs. If he opened the campus to the military and allowed their troops to be housed and trained there, he would get federal money to keep the school open.

That’s exactly what he did, and close to the end of the war, we had a cadet unit here. They would train, march, eat, and sleep on our campus. By doing this, Smith kept MTSU alive during the war years. Off-campus was also one of the spots for the Tennessee Maneuvers, or war games.

A Christmas-themed custom pillowcase from the Tennessee Maneuvers. Other custom cases have things like “for my sister,” or “sweetheart” stitched into them. 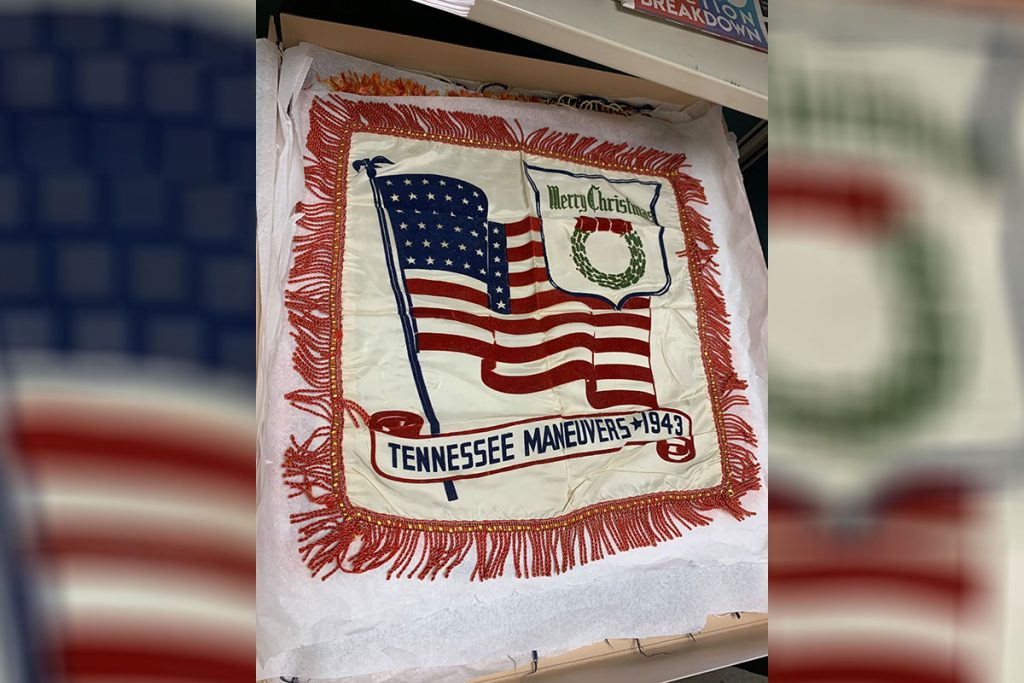 As Middle Tennessee State Normal School, a school for teaching, athletics weren’t exactly as crucial to the university as they are now. Although there were sports teams, there was no mascot. This led to nicknames for the teams like “the teachers” or “the pedagogues.” Although I’m not a sports person, there is no way under the sun I would ever be intimidated by a team known as “the teachers.”

The women’s basketball team around the 1920s. Clearly, a force to be reckoned with.

Eventually, the university decided it would hold a contest for a new mascot. For one dollar, people could submit their suggestions. “Blue Raider” was the winner. “Blue” because our school colors were, and always have been, blue and white. “Raider” was chosen because Colgate College, a nearby school, was known as the “Red Raiders.” Ironically enough, Colgate College changed its mascot shortly after. Today, we are still the Blue Raiders and we are represented, of course, by our Pegasus named Lightning. 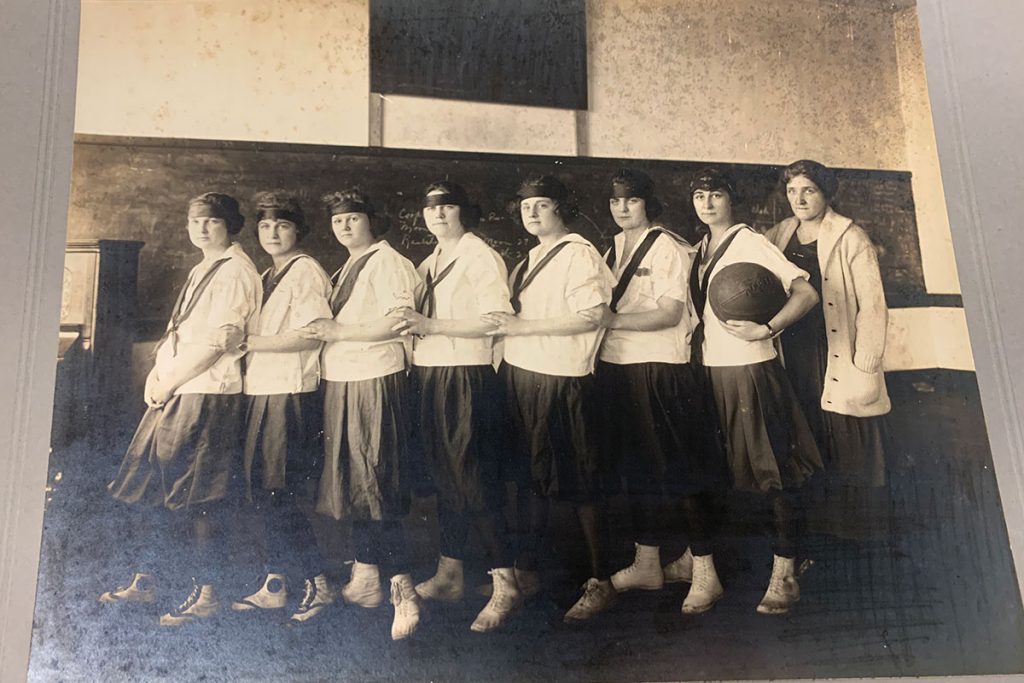 Recently Baker spoke to a former student from the lates 1960s-early 1970s who said around 1972, students would steal mascots of other universities they were playing. It even went so far as demanding ransom from the other school to get their mascot back. The other team would have to stunt. One, in particular, was a goat. I’m trying to imagine walking out of your dorm in the morning and seeing a random goat just hanging out outside. Where did we get the goat? Why is it here? Isn’t this illegal? What is going on?

Also, around 1972, there were streakers. A woman was talking to Baker about the streakers recently. The woman told her, “I [didn’t] work Tuesdays and Thursdays. That’s when the streakers came.”

Everybody knew about the streakers. At one point, it was so frequent that it was like a ritual. It was just a thing. Everybody would come to Todd Hall, the library at the time, and watch the streakers.

Honorable Mentions from My Visit to the Gore Center: Pictures 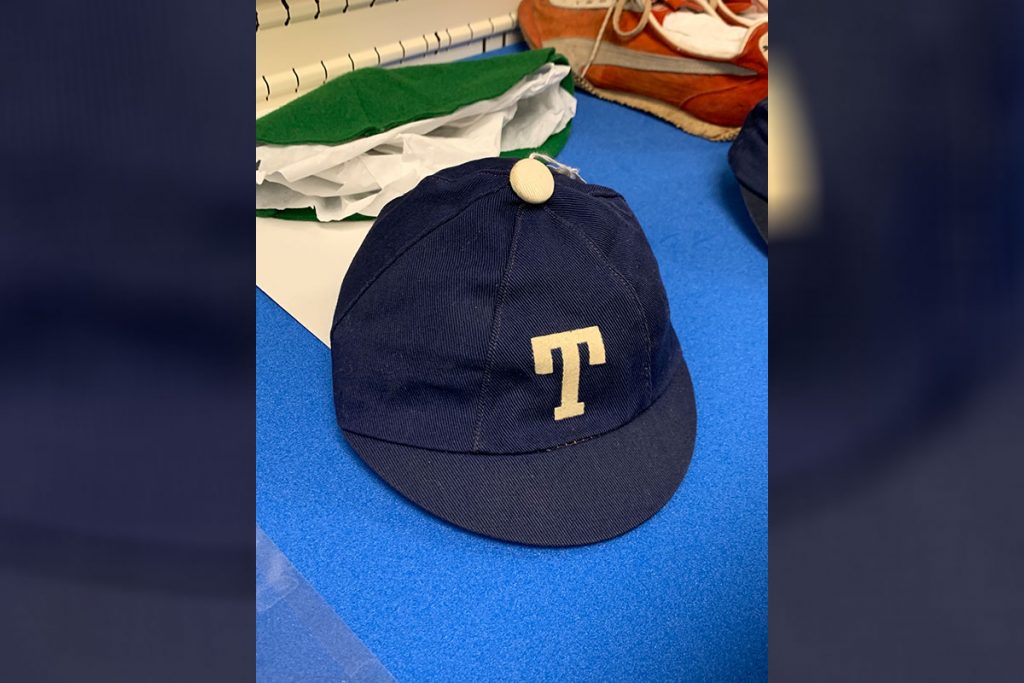 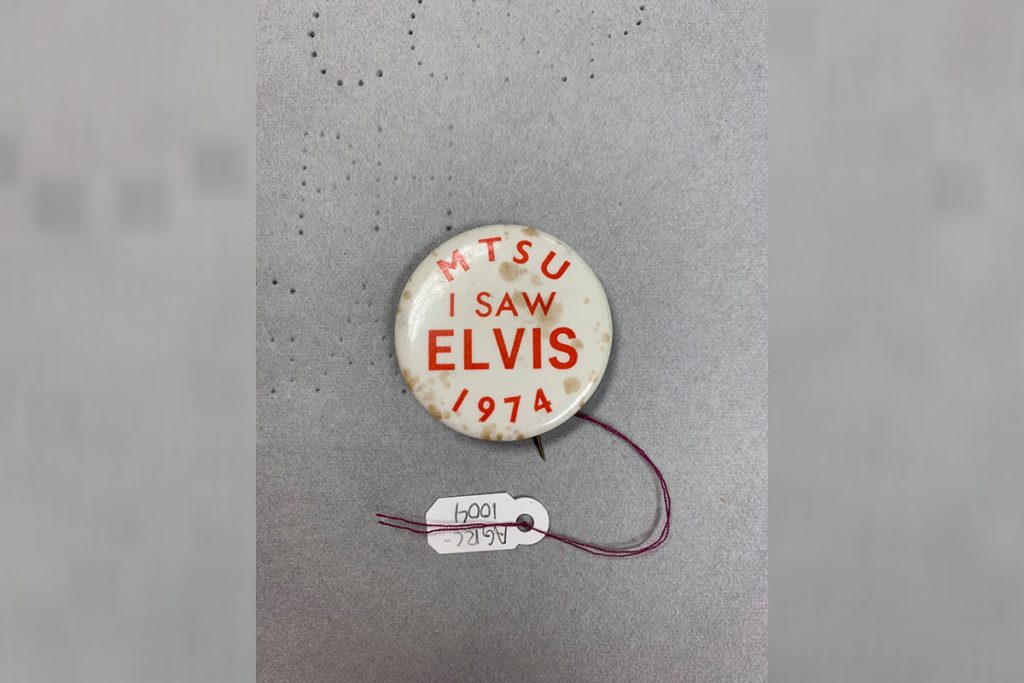 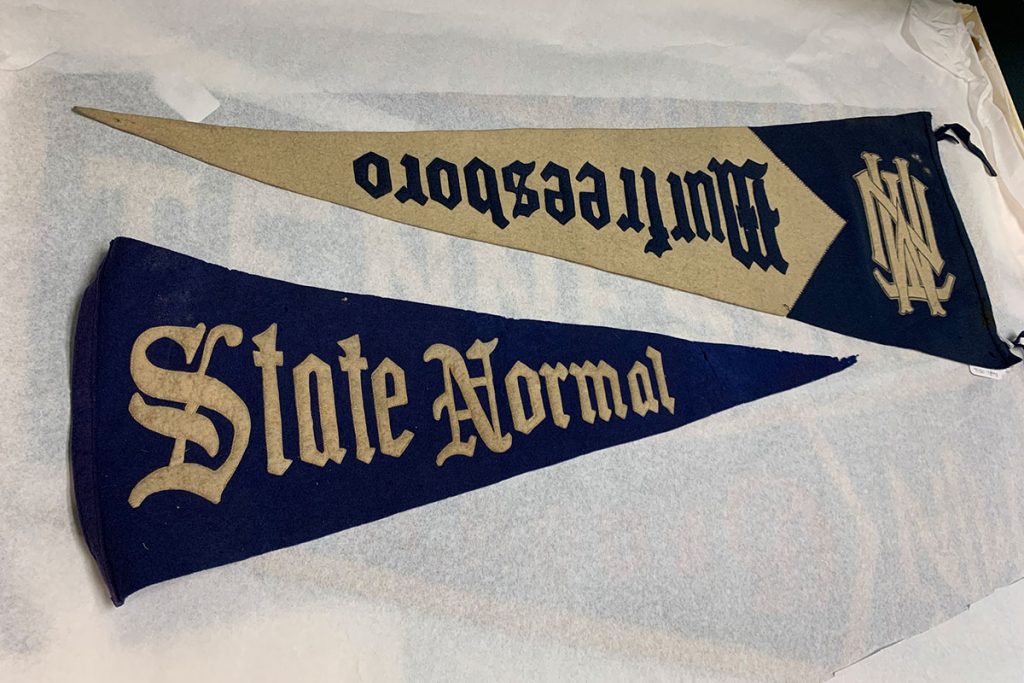 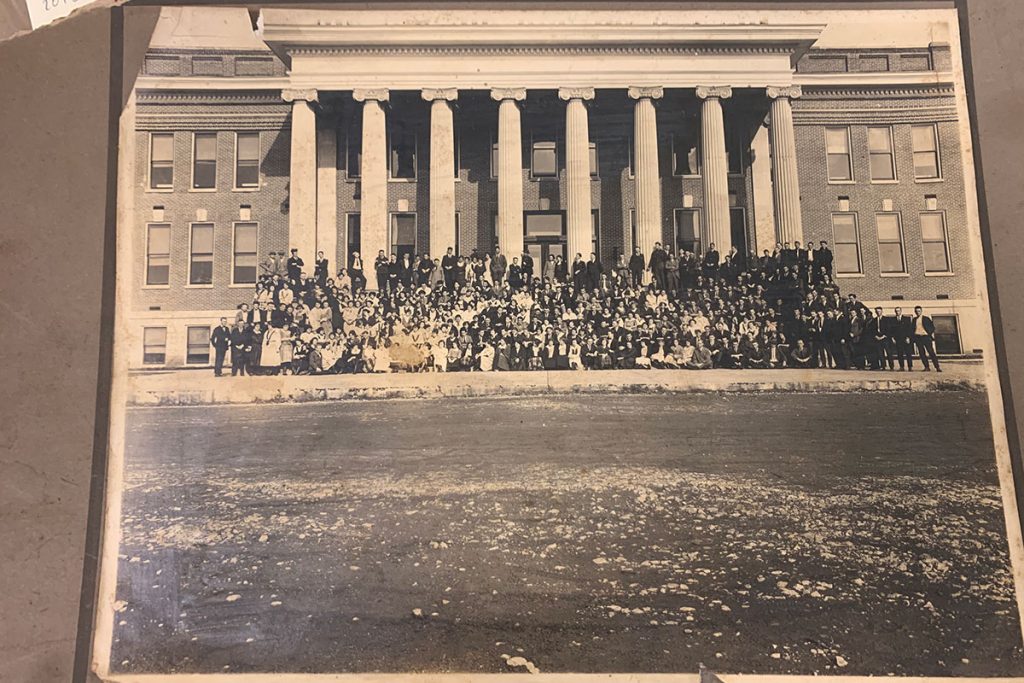