5 Things You Didn't Know About..

For MTSU alumnus Trey Duke, education was a calling.

From his first MTSU degree in education in 2003 to his recent appointment as director of Murfreesboro City Schools and to receiving his doctorate in May from his alma mater, Duke has valued education both as a professional and as a lifelong learner.

A Middle Tennessee native, Duke began his career in education as an elementary school teacher at Rutherford County Schools’ David Youree Elementary School in Smyrna. He now takes the helm of a K-6 city district educating more than 8,300 students.

“I knew I wanted to teach from an early age. I loved the interaction with students and being able to play a small role in their lives,” said Duke, who served as principal of MCS’ Salem Elementary before taking over the district’s top job on March 1. 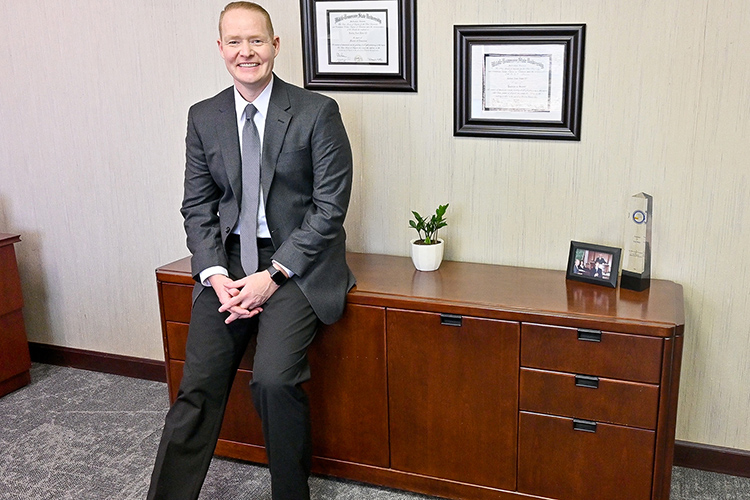 Today, he thinks more about what has kept him in education for almost 20 years.

“I truly believe a strong public education system is one of the best gifts we can give to our community,” he said. “I love the hearts of teachers, and I want to work each day to make sure they have what they need to do their job well. I am motivated to make sure we are doing everything we can to ensure the future of Murfreesboro is strong!” 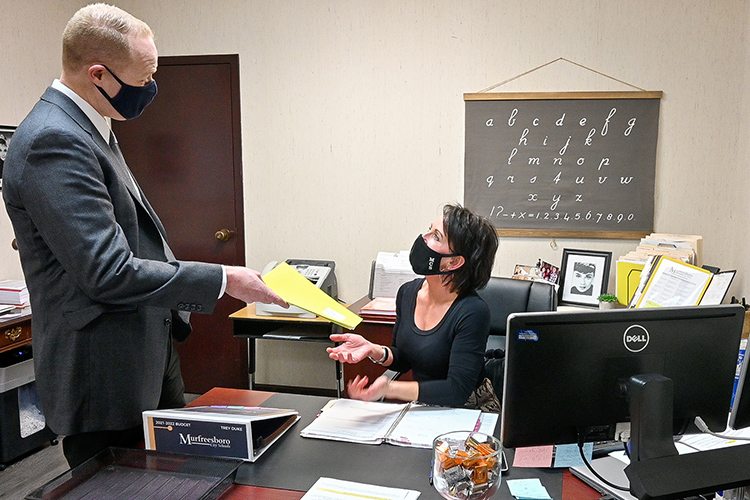 Despite his nearly two decades of experience in schools, Duke, who also has his master’s from MTSU, returned to the university for a third time to earn his Ed.D. in assessment, learning and student success, or ALSI K-12, which he completed this past May.

Kevin Krahenbuhl, the director of the ALSI K-12 doctorate program, explained that it is specifically built for professionals who are already experienced, educated and demonstrating effectiveness in the field.

“To be admitted into our program is already a testament to the fact that this person is a current or potential leader for education,” Krahenbuhl said. “We are able to leverage past experiences and training to take steps to the next levels by focusing on real-world application through action research projects and also through engaging with others, from various vantage points, to get a better view of the entire system of education.”

Krahenbuhl said that ALSI is unique from many other graduate education programs.

“It helps those with multiple degrees not simply get more of the same, but rather, challenges them to see things a bit differently,” he said. “It trains scholar-practitioners who are change agents for improving learning for all.”

It is a good fit for working educators, he added, as it is built to prepare leaders not only for the future but to prepare them for and engage them in improving their current, real-world education environment.

“Those who hold high-demand positions are able to capitalize on the challenges they face in their day-to-day work and to take them head-on in evidence-informed fashion, rather than simply going with lore or feelings, all the while receiving support from faculty who all have years of work doing the same sorts of efforts related to improving schools,” Krahenbuhl said.

Duke echoed that the ALSI program has pushed him as an educator and helped clarify his teaching and learning philosophy.

“All of my work with MTSU has played an important role in my thinking and development as an educational professional,” he said. “Dr. Krahenbuhl and his team have created a program that I would hold up against any educational leadership program in the country.” 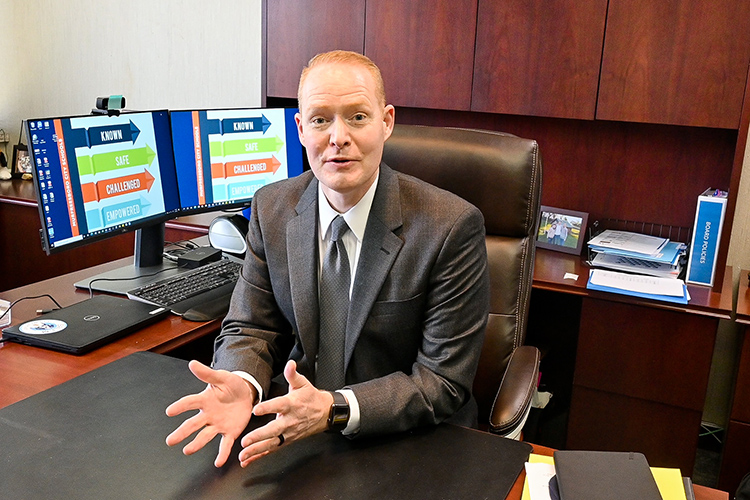 New Murfreesboro City Schools Director Trey Duke, who earned his third degree from Middle Tennessee State University in May, explains how MCS is proud to have MTSU graduates as part of their school district family in his office on March 11, 2021. (MTSU photo by Stephanie Barrette)

Duke has always found the university’s College of Education to be focused on developing excellent educators who are student-centered.

“The professors have always worked to make sure all of their teacher candidates are taken care of and supported,” he said. “We (Murfreesboro City Schools) love having future teachers from MTSU in our buildings, working with our teachers and interacting with our students. We are proud of the MTSU grads who are part of our MCS family.”

In taking over at Murfreesboro City Schools, Duke replaced a fellow MTSU alumnus, the late Linda Gilbert, who led the district for a decade before her untimely death just over a year ago after a stroke. 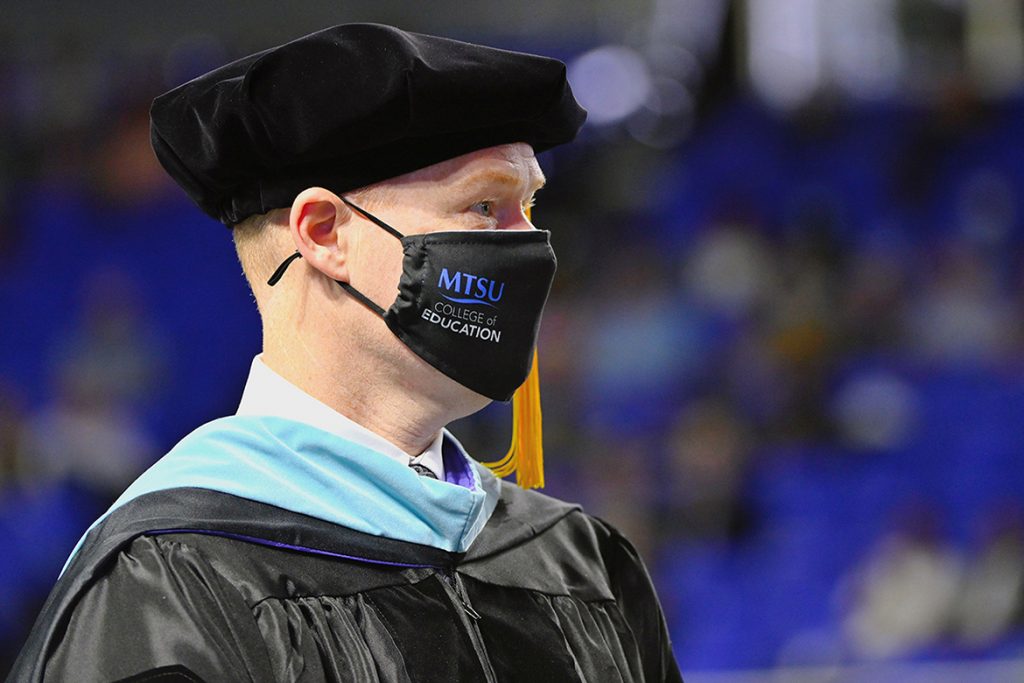