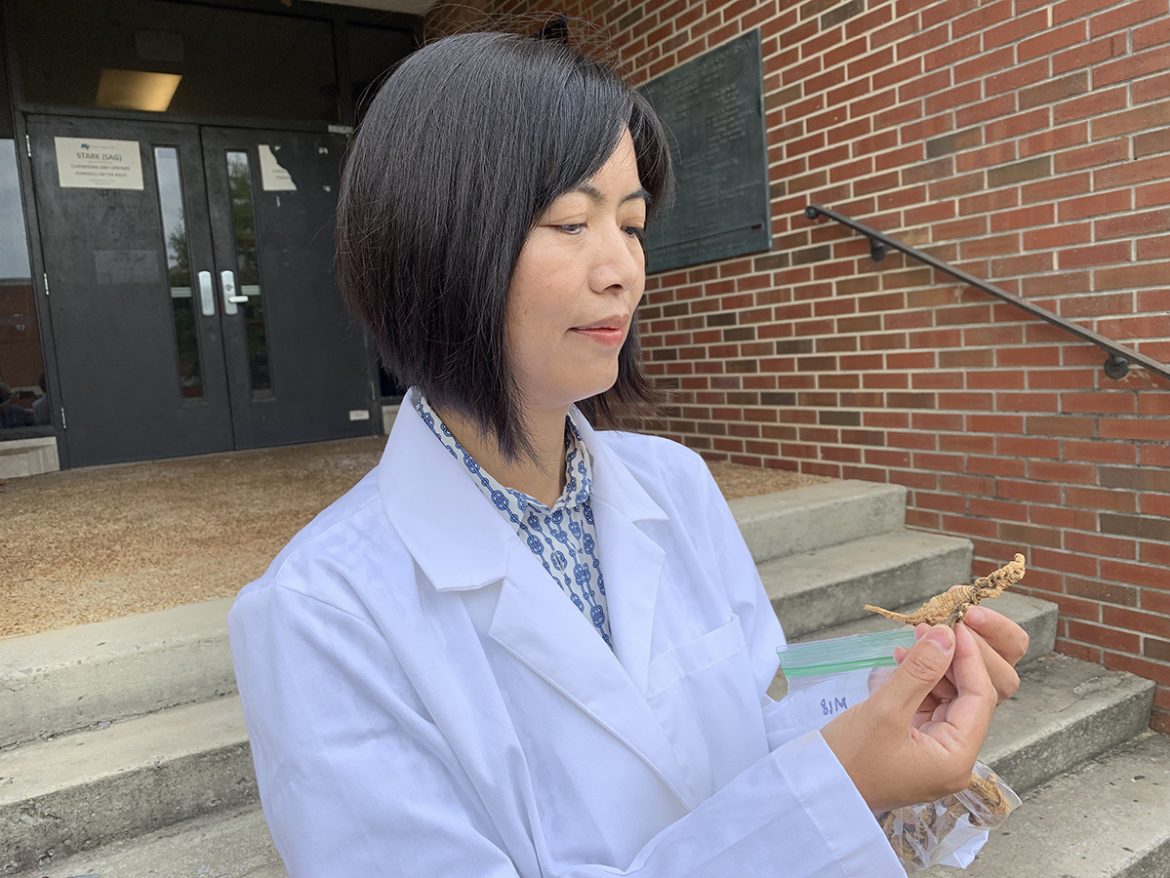 The International Ginseng Institute at Middle Tennessee State University has received a total of $747,500 — including a $455,000 grant award from the U.S. Department of Agriculture’s National Institute of Food and Agriculture — to investigate organic methods of protecting growers’ginseng investment.

In addition to the USDA/NIFA award, the remaining nearly $300,000 comes from MTSU as a match. 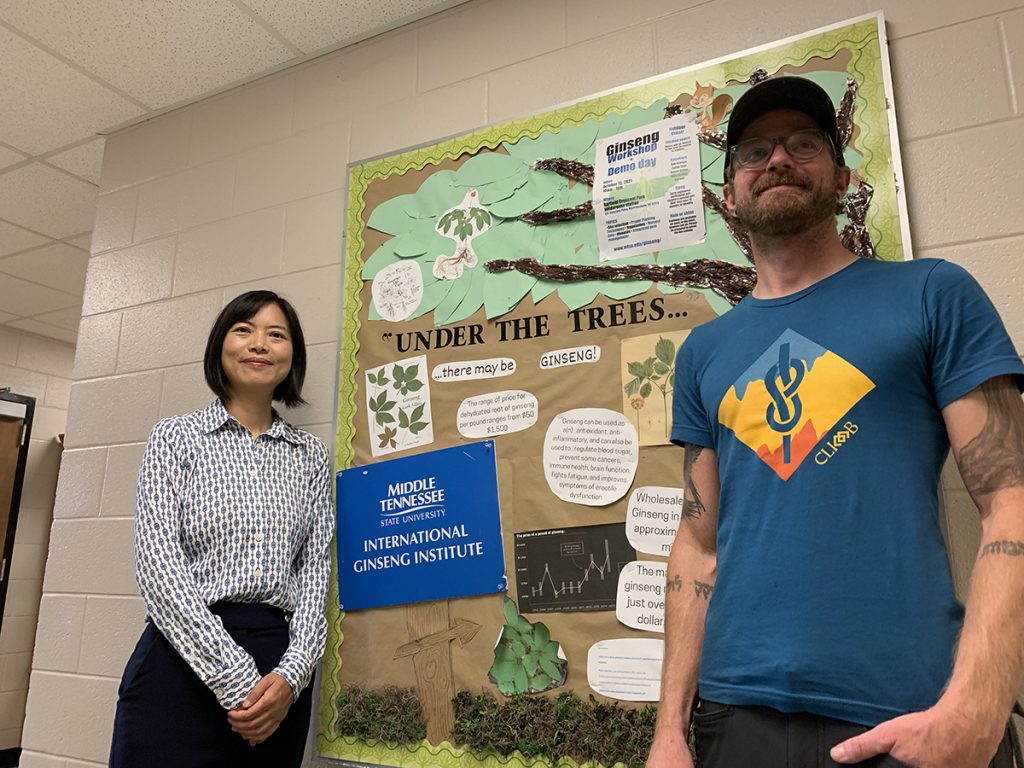 Dr. Iris Gao, left, director of the International Ginseng Institute at MTSU, receives research help from laboratory technician Ethan Swiggart in the lab located in the Stark Agriculture Building. The institute has received $747,500 in funding — $455,000 from the USDA’s National Institute of Food and Agriculture to continue ginseng research. Partners will include Penn State University, the University of Tennessee-Knoxville, the University of Virginia College at Wise and North Carolina State University. (MTSU photo by Randy Weiler)

The highly competitive three-year grant involves a partnership with other colleges, universities and supporters, as the researchers investigate root rot and other fungal issues and look to find solutions for rural farmers and growers. The grant started Sept. 1.

American ginseng is considered one of the highest unit value cash crops and one of the most well-known medicinal plants grown in North America, said Iris Gao, the institute’s director, in her USDA-NIFA proposal.

After being harvested for more than 300 years in the Appalachian Mountains, wild ginseng has become scarce, and almost all of the American ginseng sold worldwide is cultivated.

Because ginseng is recognized for its numerous properties in promoting health such as boosting immunity and preventing respiratory diseases, the demand has skyrocketed during the COVID-19 pandemic, Gao added. 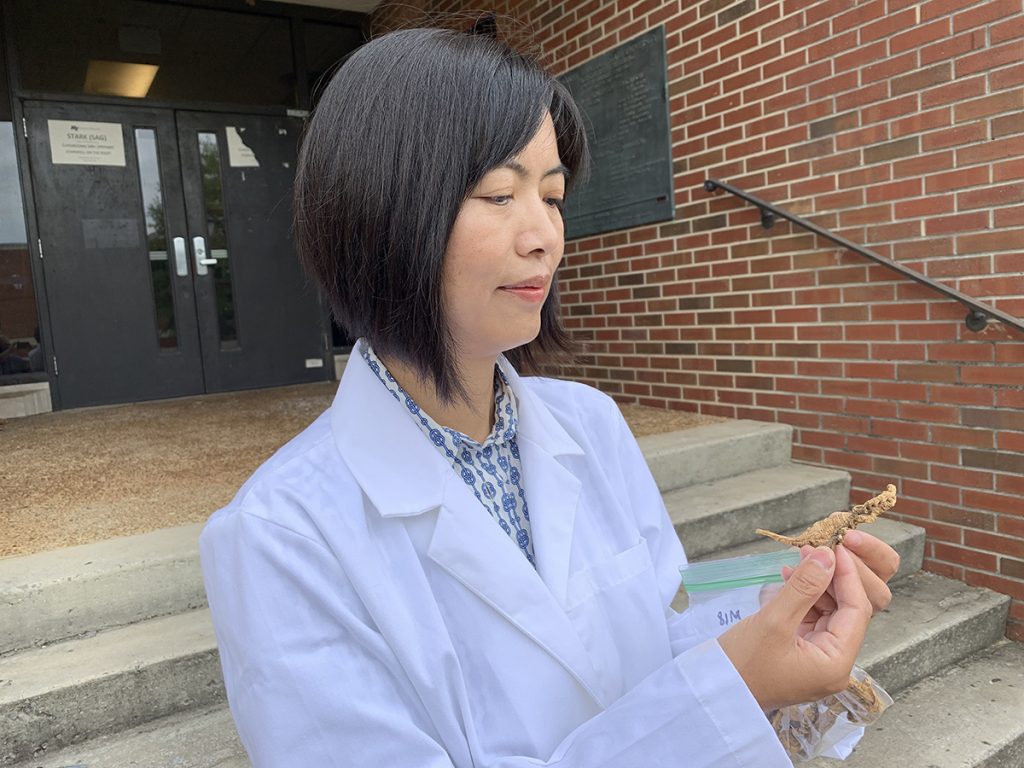 Dr. Iris Gao, MTSU professor and International Ginseng Institute director, nspects two pieces of ginseng from the institute’s laboratory. A team of MTSU researchers, including students, will be working in tandem with those from UT-Knoxville, Penn State, N.C. State and UVA-Wise on a three-year grant to study ginseng and find positive results to aid rural farmers and growers in the Appalachian Mountains. (MTSU photo by Randy Weiler)

“Specifically, we will be testing the use of bacterial antagonists on fungal diseases, with the aim to prevent infection before it occurs,” she added. 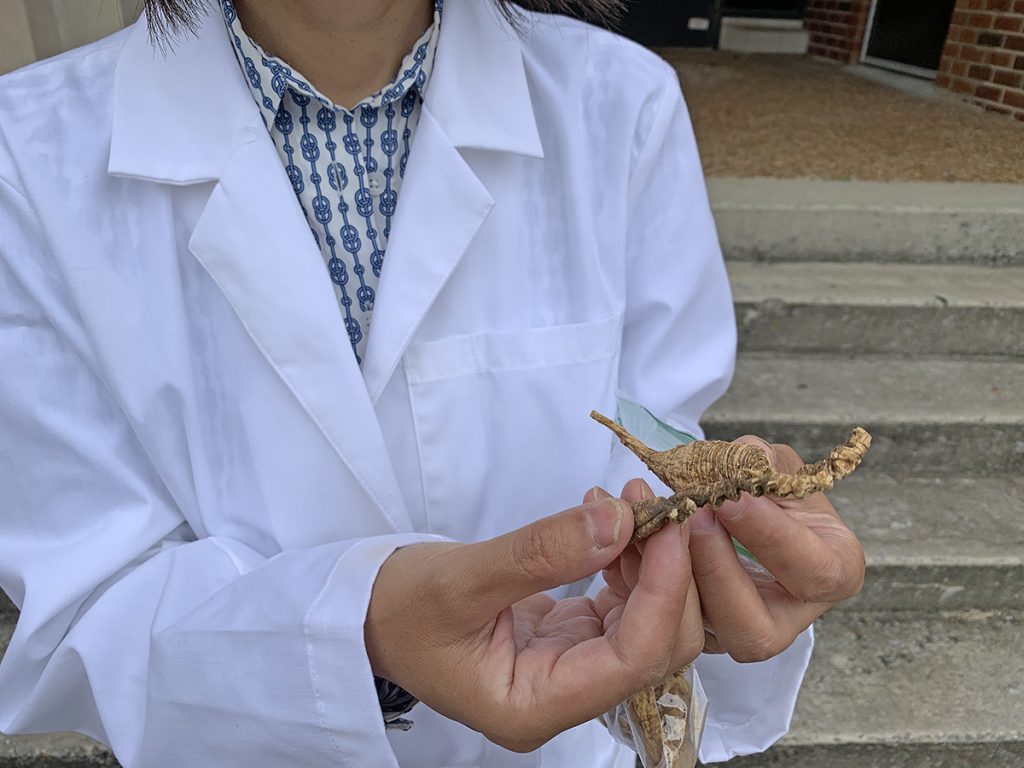 Gao said the project, which is an extension of a $148,000 USDA grant to research ginseng in 2017, “brings together knowledgeable scientists from across the country.” They include:

• Eric Burkhart of Pennsylvania State University. He is associate teaching professor of ecosystem science and management and program director for Appalachian botany and ethnobotany at the Shaver’s Creek Environmental Center.

• Eleanor Phillips, an extension assistant responsible for agriculture and natural resources in the Soil Plant and Pest Center at the University of Tennessee-Knoxville.

• Susan Leopold, executive director with the United Plant Savers and the Center for Medicinal Plant Conservation.

• Caitlin Elam from the Tennessee Division of Natural Areas and botanist and ginseng coordinator with the Natural Heritage Inventory Program.

Recently, the MTSU Business and Economic and Research Center, its director, Murat Arik, and a graduate student researcher, Hyorim “Lyn” Ho, became involved with the project related to organic ginseng marketing. Ho is earning her MBA.

“The task involves creating market analysis of organic ginseng production,” said Arik, also holder of the Jennings and Rebecca Jones Chair of Excellence in Urban and Regional Planning. “She will look at cost return, cost benefit calculations and methods – what kind of impact will it have on finances?”

Gao said graduate and undergraduate students at MTSU, UVA-Wise and Penn State “will be heavily involved” in the research process.

“This diverse group of talented scientists will bring a new perspective and passion as we work together to solve this very important problem,” Gao said of all collaborators.

The International Ginseng Institute’s annual fall workshop and demonstration day for growers and others interested in ginseng has been rescheduled to 10 a.m. to 1 p.m. Friday, Nov. 5, at the Barfield Crescent Park’s Wilderness Station, 697 Veterans Parkway, in Murfreesboro, Gao said. Limited to 30 participants, the event is free to attend. Registration remains open.

The workshop was originally scheduled for Friday, Oct. 15. 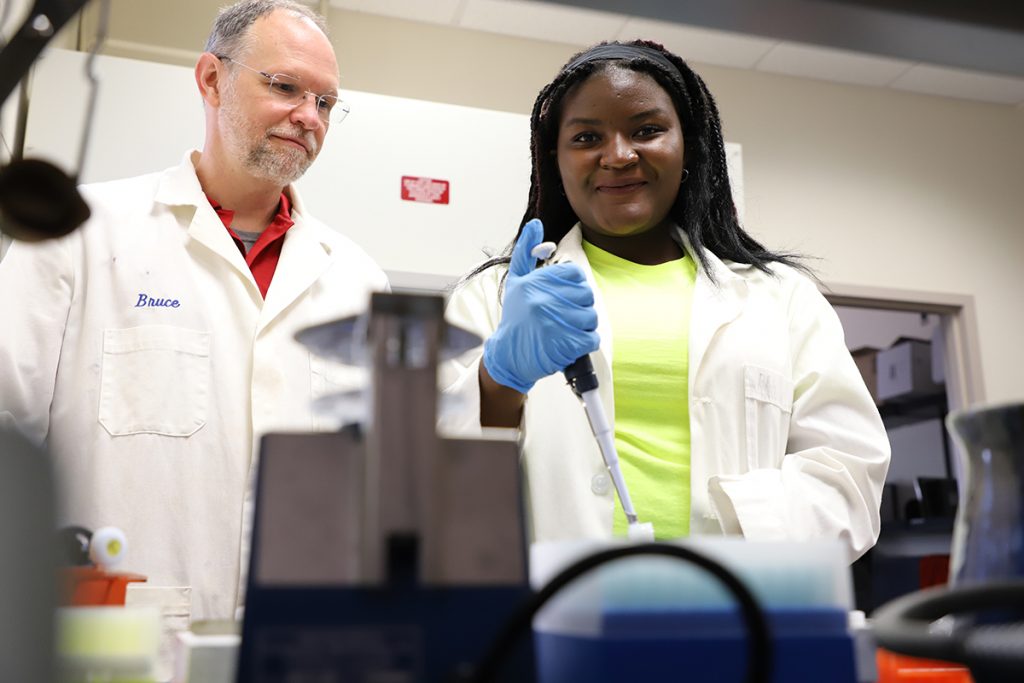