MTSU Board of Trustees expands.. 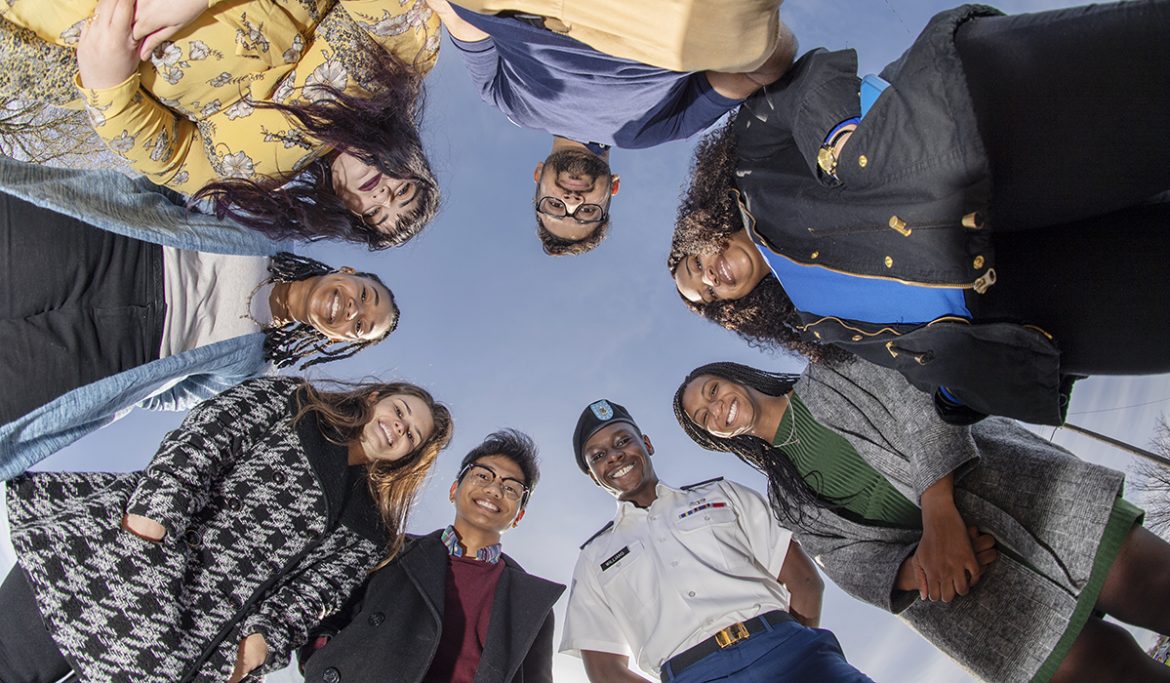 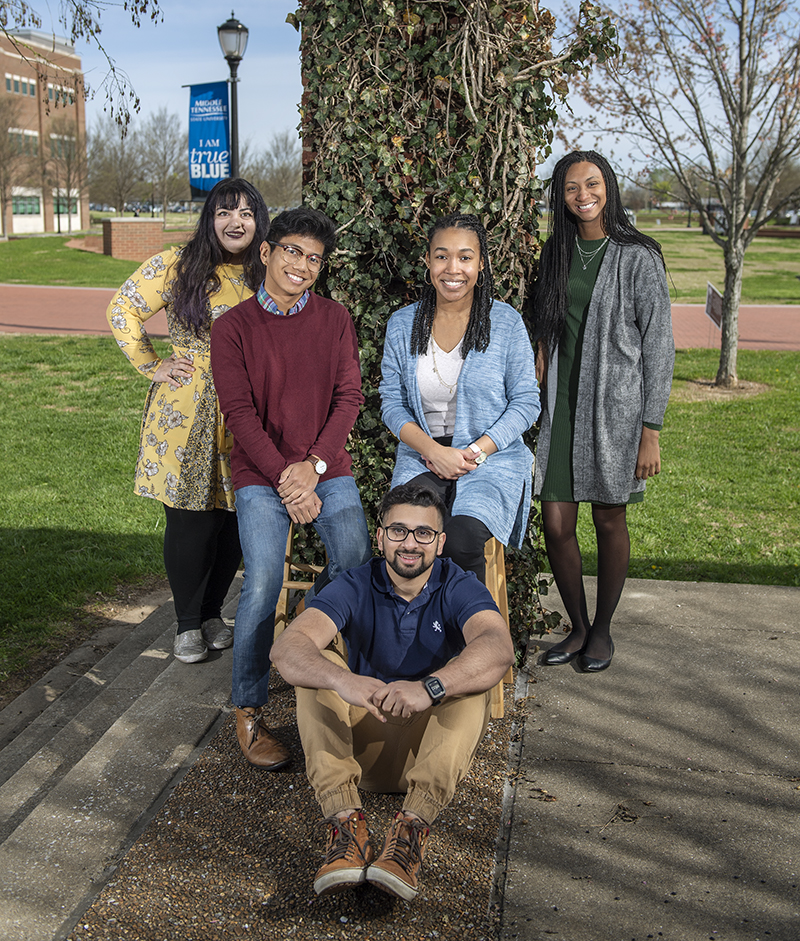 MTSU’s 2018 spring and summer commencements saw 66 Honors College students graduate and complete a thesis. Of that group, 39 percent belonged to a minority group.

“Success breeds success,” Honors College Dean John R. Vile said. “I like to think that we create an environment in Honors that welcomes everyone.”

“Focusing on these students is important to our college’s success,” Honors College advisor Judy Albakry added. “They are not only vital members of our community, but their examples help recruit and encourage their peers to finish our program as well.

“I want all students who are interested in our Honors College to know that there is a place for them within our community, opportunities to support their goals, and even more so, that our college needs their involvement and voice to ensure the continued strength of our program.”

Here are the stories of five such outstanding Honors graduates. 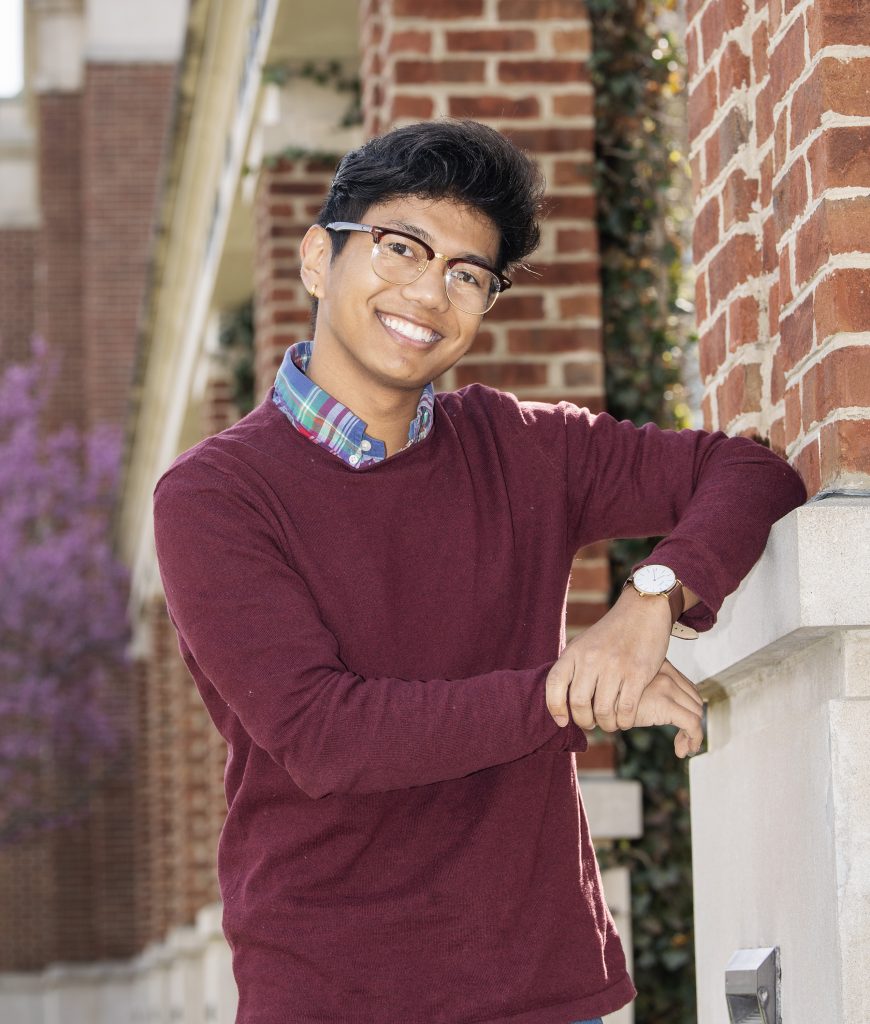 Hermon Phuntling and his family moved to the United States as refugees from Burma when he was just 3 years old, eventually settling in Knoxville. He holds respect for his culture, which his parents keep alive at home.

“If they hadn’t emphasized it, I would have lost it,” Phuntling said about his fluency in Chin, their Burmese tribe’s language. Through his courses and travels, he also learned French and some Swahili.

Offered a Fulbright and a Peace Corps position, he chose the Peace Corps. Starting this fall, Phuntling will live for two years in a rural community in Benin, West Africa, where he can use his French while helping with health initiatives. In his free time, he plans to raise chickens, grow a garden, and study for the MCAT for his eventual goal of medical school.

As a Global Studies major and a Science minor, Phuntling studied abroad in Tanzania and Thailand. He did research in Uganda and visited Haiti and Kazakhstan. While on the Thailand trip, he also visited family in Burma, speaking their language with ease—and an American accent.

“They knew I was American from the get-go,” he laughed. “But they accepted me as family.”

Growing up, Phuntling experienced some subtle racism. “I suppressed my identity for a long time,” he said. “Here at MTSU, my perspective on culture changed.” He credits the diversity of the campus and study abroad opportunities he learned about in the Honors College. “And I realized how much I did not know about global affairs.”

He started out studying broadcast journalism, but Phuntling changed his major to Global Studies as a sophomore after realizing how much it meant to him to help his Burmese community navigate health appointments. Within Global Studies, he would knit together a balance of science and cultural studies courses.

Long involved in the Student Government Association (SGA), he eventually became vice president of marketing. He’s been an MTSU tour guide and was president of Humans in Crisis, which fights human trafficking.

“I’m not out to change the world all at once,” Phuntling said about his Peace Corps assignment.

“I’ll take it step-by-step, doing little changes as I can which will contribute to the whole picture of change.” 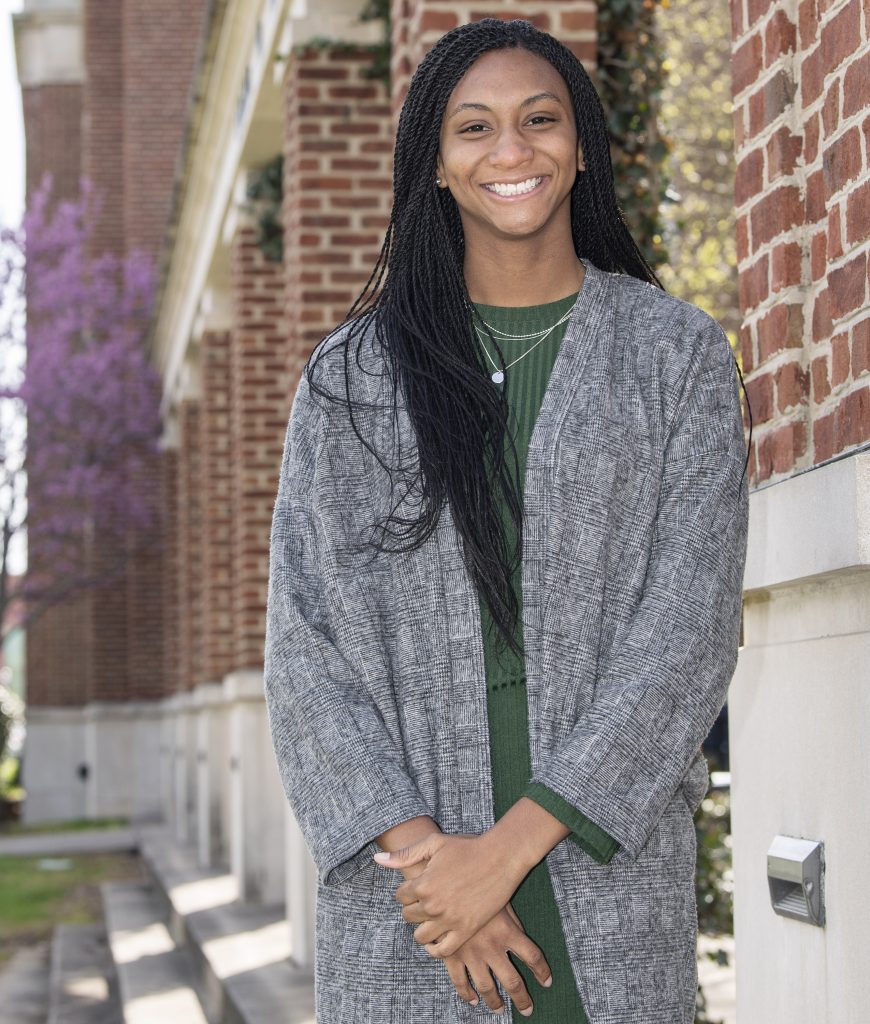 Kelly Richardson’s original plan was to go to law school after she interned with a female African-American lawyer in her hometown of Memphis.

“I was going to be just like her,” Richardson said.

“I’m interested in policy and everything that would suggest law school, but it turns out I don’t want to be lawyer.”

Instead, Richardson’s interests turned toward international policy matters. Her first Political Science course was an Honors class taught by Robb McDaniel. “He’s such an awesome professor,” she said. “If I teach, I would base my pedagogy around what he does, how he engages the class.”

Through her Honors College mentors, especially Laura Clippard, she learned about the Public Policy and International Affairs (PPIA) program. During her sophomore year, Richardson went to the PPIA national conference on public service, where she was mentored by minority Ph.D. students.

“I was just enamored with them, hearing their discussions,” she said. “I was super-excited, it was so interesting, and we formed a bond.”

After that experience, Richardson’s focus became finding out more about where this field of study could lead.

“I don’t think I would have reached where I am today if it were not for the Honors College and its hands-on classes, professors, and all these ‘moms’ up here who care about me,” she said. “I did the work, but I wouldn’t have known about the PPIA program and I wouldn’t have studied abroad had [Clippard] not suggested it.”

“I’ve seen poverty firsthand in Memphis, but this was on a whole other level,” she said. “These people who looked just like me were outcast.”

At MTSU, Richardson got involved in the Black Student Union (BSU), eventually becoming president. Along with the time and energy that job entailed, she held a full-time internship at a public affairs firm in downtown Nashville while carrying a full course load during her senior year.

“As BSU president, I’ve been able to tell students about opportunities and tell them I’m just another kid from Memphis,” she said. “Become a world citizen, not just a Murfreesboro citizen. Make your time here in Murfreesboro worth it.” 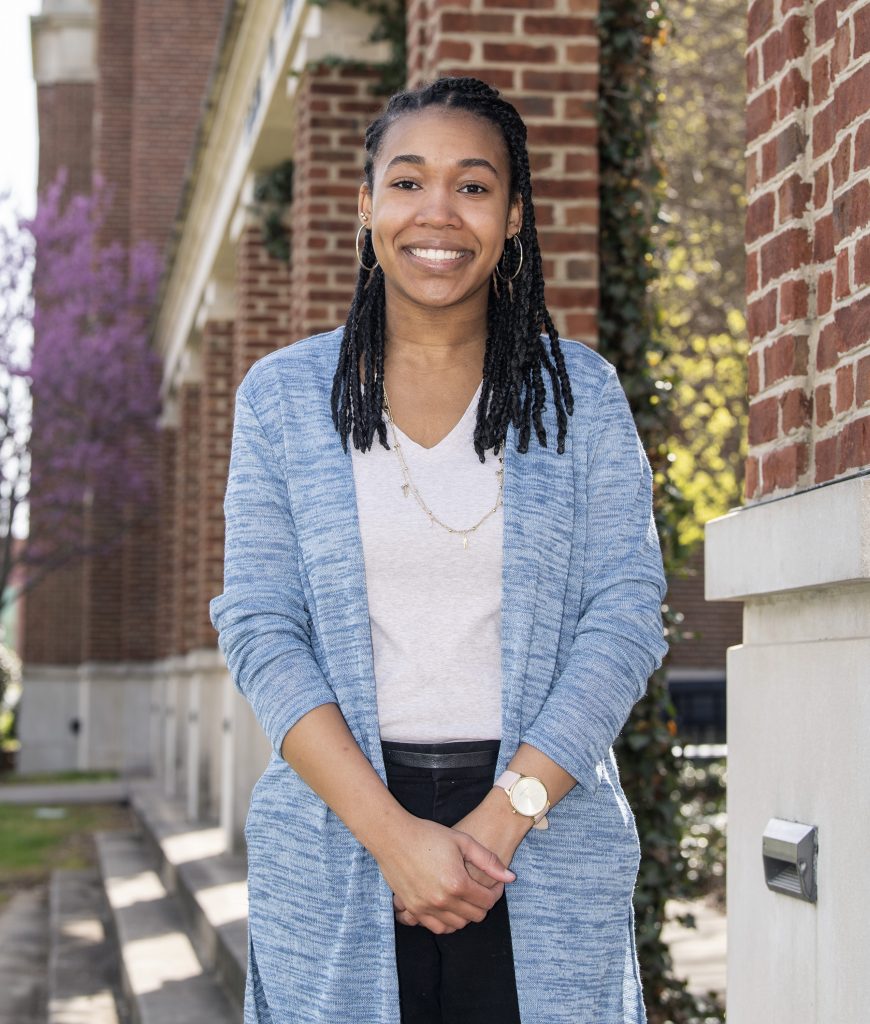 For all four years of her undergraduate education at MTSU, Kyeesha Wilcox commuted to campus from her family’s home in Smyrna, where she worked part-time at McDonald’s.

Throughout her Honors College career, Wilcox said she applied lessons from her MTSU Global Studies courses, helping multicultural co-workers navigate the workplace. She also was on the MTSU Debate Team and in the Band of Blue during her freshman year. Wilcox has studied abroad in Toronto, Canada. During her senior year, she also worked in the School of Music office.

“Global Studies allows you to be flexible,” she said. “With three different tracks, it’s a matter of what interests you the most or what courses can apply to what you’re trying to do.”

But from her first Honors class in freshman-level writing, she determined that she loved the emphasis on research. “This is great,” Wilcox remembers. “This is what I want to do.”

This summer, the MTSU Global Studies graduate started research at Michigan State University (MSU) in pursuit of a master’s in Medical Geography.

“It’s a nice connection of both geography and medical, looking at health issues from a spatial standpoint,” she said. The fairly new field uses geographical information systems (GIS) to gather data to map out prevalence of diseases or conditions.

“All three of us are doing different things within geography,” she said.

Her graduate research will focus on the prevalence of Type 2 diabetes in certain areas and work to figure out what about that place might be contributing to it.

It’s personal. Many in her family have Type 2 diabetes. Wilcox said the cause isn’t completely environmental, but she knows lifestyle plays a big role. 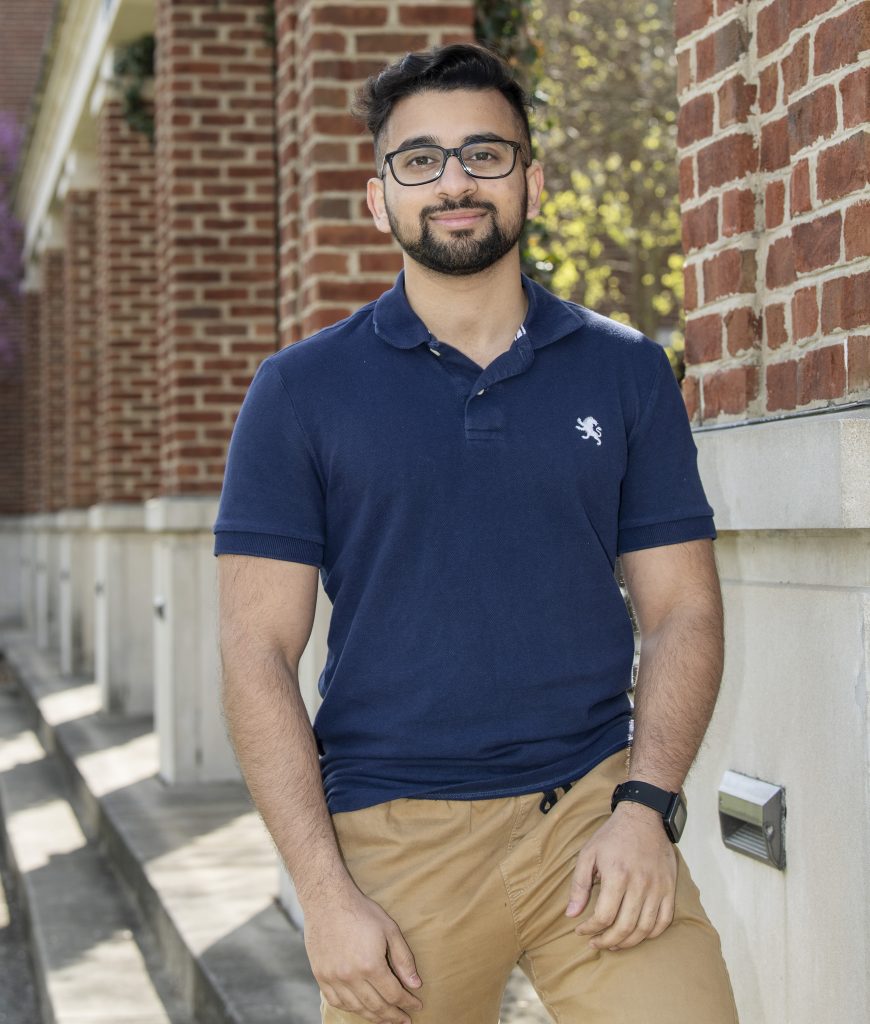 Fariz Ali knows it’s not luck that got him to where he is heading today. It’s taking advantage of his opportunities.

In August, Ali started medical school in Memphis at the University of Tennessee Health Science Center, his first choice of the 14 med schools where he applied.

“Honors College is the perfect way to take opportunities,” he said. “The best part of these classes is that effort pays off. Go in with a free mind, interact with the professor, have conversations, and even after you move on, you have someone you can go to.”

Born in Pakistan, Ali and his family moved to Canada when he was 6 years old and then relocated to Murfreesboro about 10 years ago.

He chose Biology as his major, but enjoys studying Computer Science, too. After he took an Honors genetics course, it all came together. “I was able to pick it up really well, so I switched my concentration from Physiology to Genetics and Biotechnology, which has some computer science involved,” Ali said. Since 2015, he also has been an undergrad research assistant.

Ali’s thesis work will be published in an immunology journal, he said. The work evolved a strain of a fungus to see how it interacts in the human body: “We wanted to see if we could do it in a lab and to an extent, we got it to work.”

“They knew me really well in the small class setting,” he said. “Connections have lasted with the students and the professors.”

In fact, some of his classmates in Honors Biology II are going to med school with him.

“The professors in the Biology Department were always very supportive,” he said. “I have amazing mentors. Without them, I wouldn’t be where I am.” 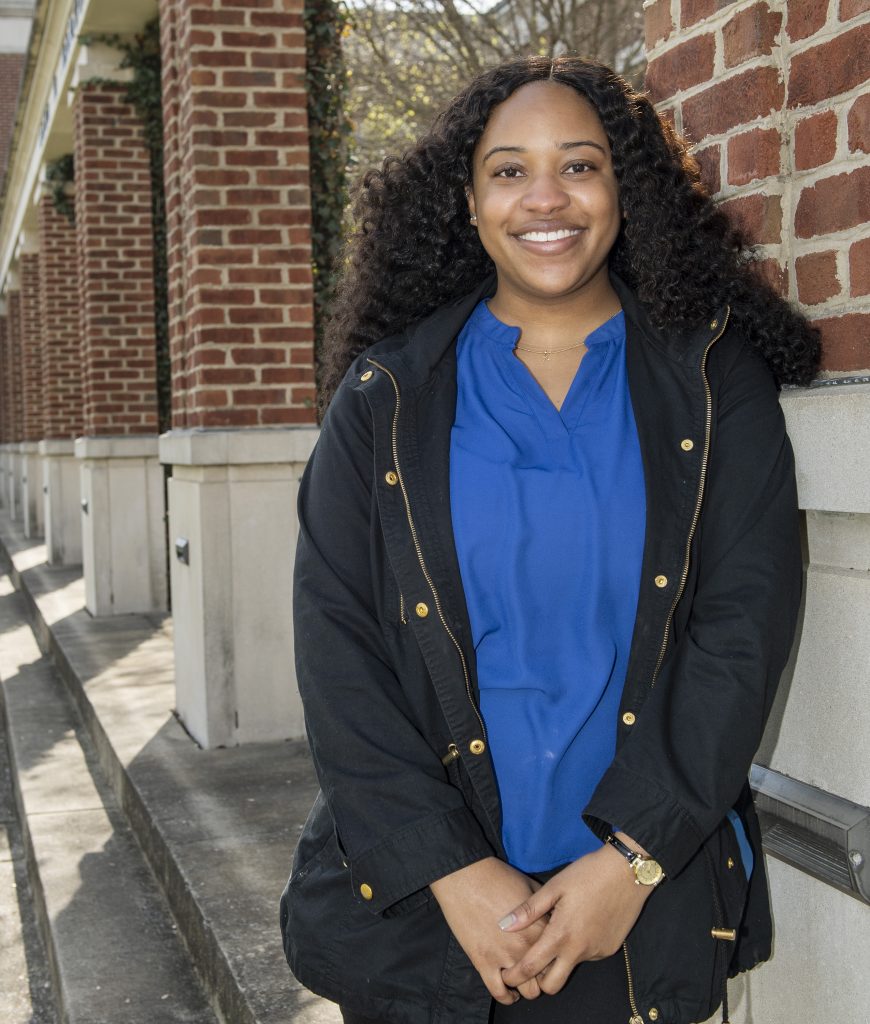 Kayla Thomas has known that she wanted to be a pediatrician since elementary school because of her own doctor in Memphis. As a college student, she shadowed him and became even more convinced.

“He has great patient rapport and patient retention,” she said of the doctor who now sees the kids of the kids he has treated. “That is the type of doctor I want to be.”

Graduating with a major in Biology and minor in Chemistry, Thomas began her journey to becoming that doctor at Meharry Medical School this summer.

“I’m so excited. I cried when I got that email,” she said. “Yes, I called screaming to my mom that I got in.”

After four years of med school, then four more years in a residency program, she hopes to treat underserved populations in inner cities. “Being a black woman, I know the issues that plague my community,” Thomas said.

Along with high blood pressure and diabetes, she learned about patients choosing between health care and groceries during the 150 hours of job shadowing with her pediatrician and a family doctor.

“Health care is amazing, but there are flaws,” she said, adding that she might be able to advocate on the policy side of it as well. “Can I bridge that gap?”

History says she can. While an Honors student on the MTSU campus, Thomas was involved in the Student National Medical Association, Black Student Union, and NAACP. She is a member of Omicron Delta Kappa, Gamma Beta Phi, and the National Society of Leadership and Success. Thomas worked at the MT One Stop help desk and in the Biology Department office.

More than anything, she said, the smaller class sizes offered to Honors students made a difference to her studies and success, especially in classes like Organic Chemistry.

“It has been a great experience,” Thomas said. “These are the best classes I have taken, and the Honors professors are great. They do care about their students excelling.”

Her advice to new students is to “take the leap” into Honors. “Be confident and take that first step,” she said.

To read this story and more in the Fall 2018 Areté Magazine click here!