It’s the second year that ACM CEO and MTSU alum Pete Fisher and telecast director Glenn Weiss invited the university to use the event as a learning lab for College of Media and Entertainment students. 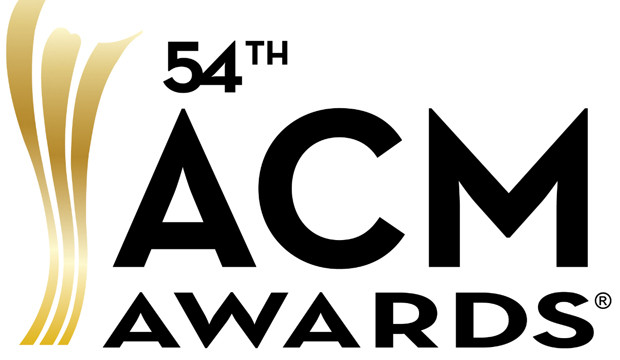 It was a big night for True Blue at the ACMs, with Lanco, featuring three MTSU alums among the five-member group, taking home the trophy for best new group. Lanco’s Chandler Baldwin, Jared Hampton and Eric Steedly are graduates of the university.

Five other MTSU alumni were nominated at the 54th annual awards show, which was televised nationally on CBS.

“It was loud, bright and active — all the elements you would have in a massive real-world production,” MTSU President Sidney A. McPhee said of the class taught on the ACM Awards floor. “Our students and faculty soaked it all in.”

One of those students, senior Austin Forsberg, called it “an incredible opportunity.”

“I have been able to get hands-on experience and training from the best in the industry, and no other school has this once-in-a-lifetime opportunity,” he said. “I am incredibly grateful to have this experience through MTSU.” 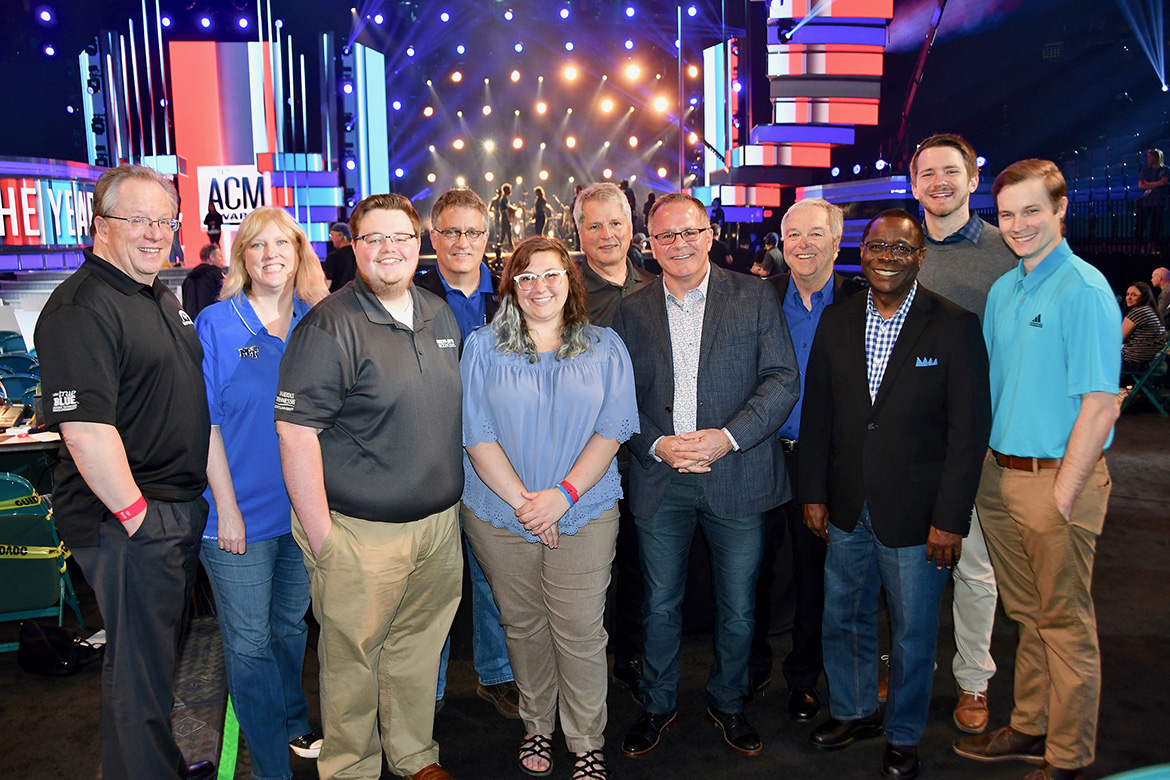 • Forsberg, who has served as producer for multiple MTSU volleyball telecasts for ESPN3. He recently received an Award of Excellence in the 2019 Broadcast Educators Awards’ television sports production category for MTSU’s volleyball game against the University of Texas at El Paso.

• Kevin Henkels, a senior who has worked as a production assistant for CBS Sports on PGA golf productions and SEC football for the last four years. He worked as producer for 11 MTSU football and basketball games on ESPN+.

• Madison Stewart, a senior who is general manager of the student-run television station MT10. She has worked on the video production crew for the Who Stage at Bonnaroo with MTSU and a replay operator for MTSU Media Arts Productions’ telecasts of MTSU football and basketball for ESPN+.

• Ryan Tyler, a sophomore who is production manager and the next general manager for MT10. He worked as director for MTSU Media Arts Productions telecasts of 11 MTSU football and basketball games for ESPN+.

In addition to the three members of Lanco, five other MTSU alums were among this year’s ACM nominees:

• Michael Knox, nominated for producer of the year.

• Luke Laird, nominated for song of the year for “Space Cowboy” with Kacey Musgraves.

• Hillary Scott, nominated with Lady Antebellum for group of the year.

• F. Reid Shippen, nominated for the ACM’s audio engineer of the year.

• Mitchell Tenpenny, nominated for new male artist of the year.

The event gave Keel and her Change the Conversation co-founders, Leslie Fram and Tracy Gershon, a chance to address radio executives directly to urge more airtime for female country artists. 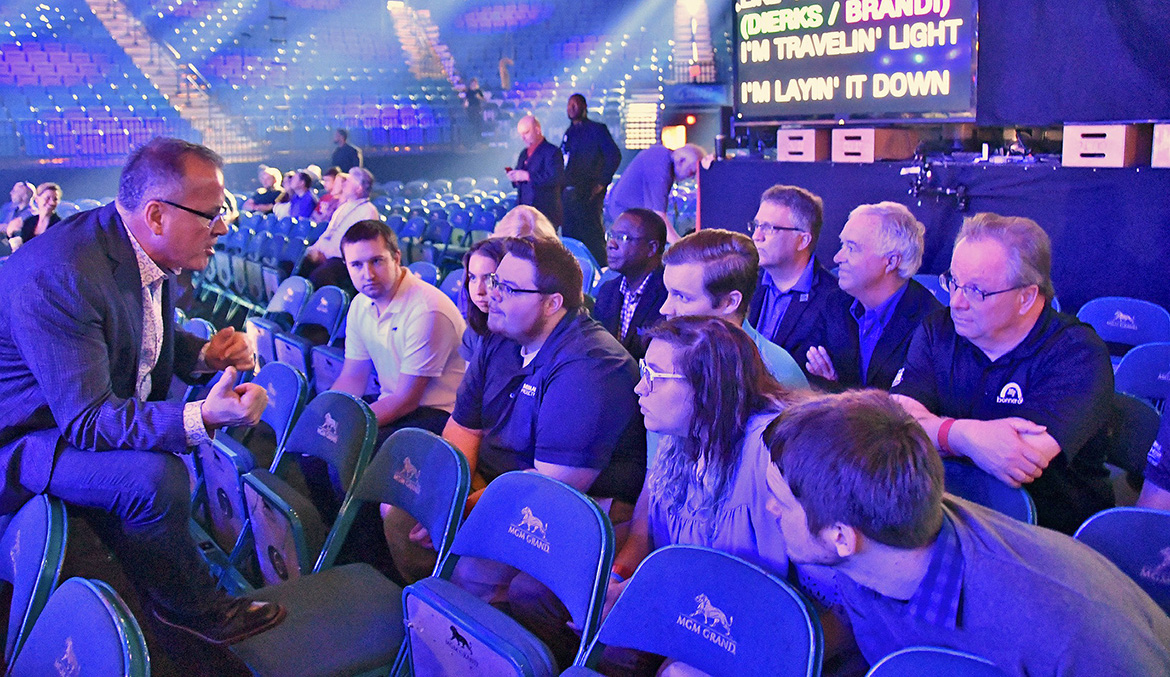 Academy of Country Music CEO and MTSU alumnus Pete Fisher, left, speaks with students from MTSU’s College of Media and Entertainment as part of a learning lab at the 54th ACM Awards held Sunday, April 7, in Las Vegas. Listening behind the students are MTSU President Sidney A. McPhee and other members of the university’s delegation. (MTSU photo by Andrew Oppmann)