The final two new planes arrived Friday, June 19. Diamond imported them to the U.S./Canadian border and university officials picked them up near Detroit, Michigan. MTSU received the first four planes from Diamond in April. 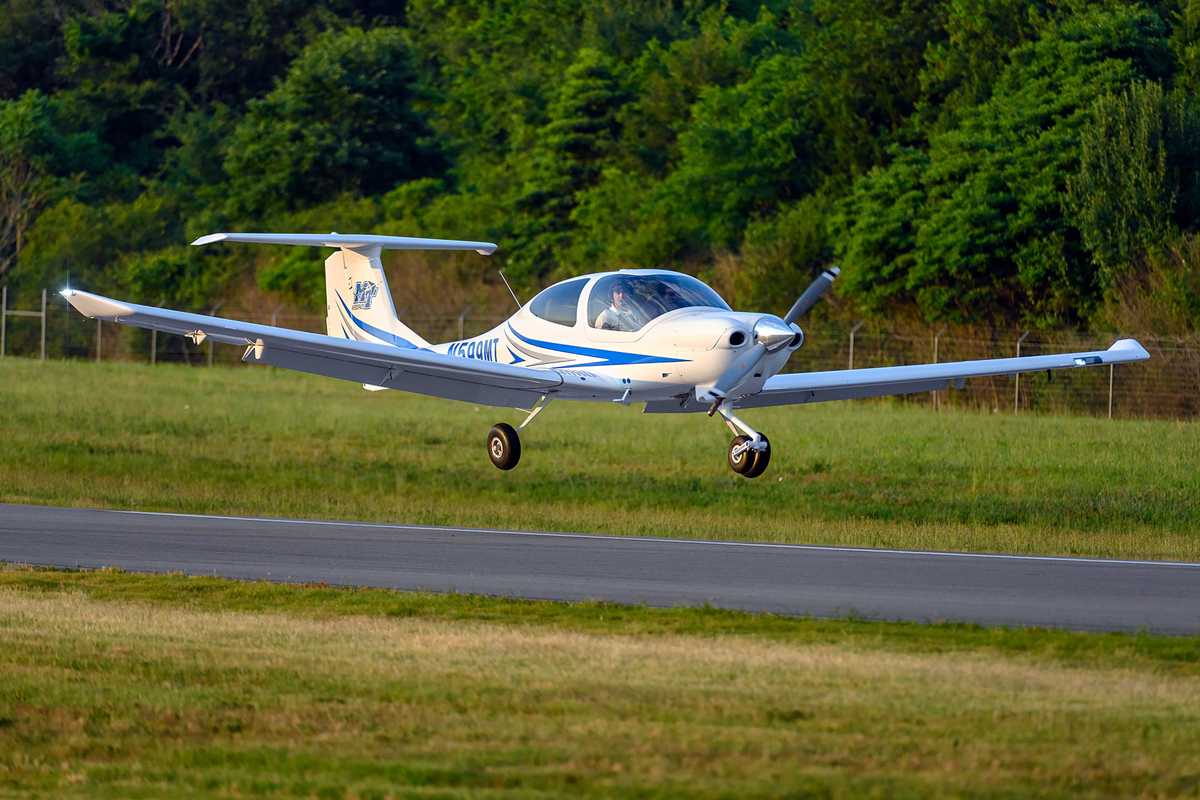 MTSU, a Diamond customer since the early 2000s, and the company made a joint announcement of the purchase of the new planes and refurbishing of more than half of the current fleet. MTSU utilizes 27 Diamond planes for training student pilots.

“We have been experiencing record growth (of professional pilot majors) prior to COVID-19,” said Nick Lenczycki, MTSU Flight Operations Center program manager, citing the need for additional student training planes. “As a result, we have been adding aircraft for the last few years.”

MTSU’s Department of Aerospace has grown into one of the most respected aerospace programs in the nation. Seventeen full-time faculty members, 75 flight instructors, and around 1,000 majors place it among the largest of the nation’s collegiate aviation programs.

“We’re excited to add these new planes to our fleet,” MTSU Provost Mark Byrnes said. “Our Aerospace program ranks as one of the best in the nation, and these planes will be key in our flight instruction.”

College of Basic and Applied Sciences Dean Bud Fischer said Diamond Aircraft “are our choice because of their superb maintenance record and their track record of reliable service in a busy flight-training environment.”

“Diamond Aircraft would like to congratulate MTSU on the new aircraft purchase and on choosing to refurbish their existing fleet,” said Scott McFadzean, CEO of Diamond Aircraft Industries Inc.

“MTSU and Diamond Aircraft have a long and outstanding relationship and Diamond will continue to support MTSU’s mission to prepare students to become leaders of the next generation of aviation professionals. We are honored to continue to provide the industry’s safest training platforms for student pilots.”

Following the arrival of the first four planes, Lenczycki said students “were able to fly them as soon as we reopened from our COVID-19 shutdown.” 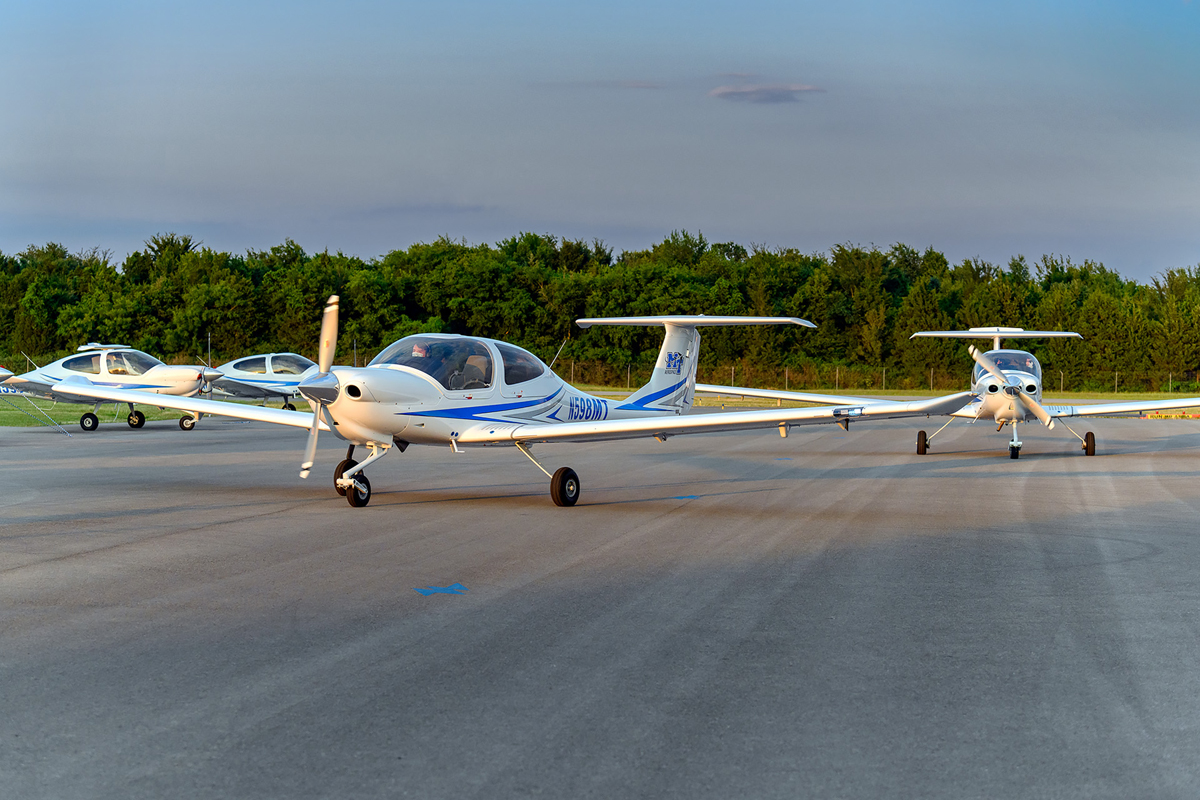 The two newest additions will soon be available for students’ training use.

Lenczycki credits Diamond Aircraft “for flying the original four new planes down for us and for bringing the remaining two across the border.”

“When the first four aircraft received certification, the university had just announced that all travel was suspended,” he said. “The U.S./Canadian border was closed to nonessential traffic. In order to assist us, Diamond had its pilots (already deemed essential) deliver our aircraft at no cost. The manufacturer sent a chase plane to pick up the team.”

Regarding the refurbishing of 13 aircraft by its factory service center, the Diamond announcement said since the airframes (airplane bodies) do not have a life limit, the company is revamping the interior, updating some avionics options and painting and restriping the old aircraft to look as good as new.

“The 13 aircraft are mid-life aircraft, so to keep them looking great we sent them back to the factory to be returned in like-new condition,” Lenczycki said. “Six of these aircraft also had an avionics upgrade that resulted in a more standardized training fleet — a better experience for our students.” 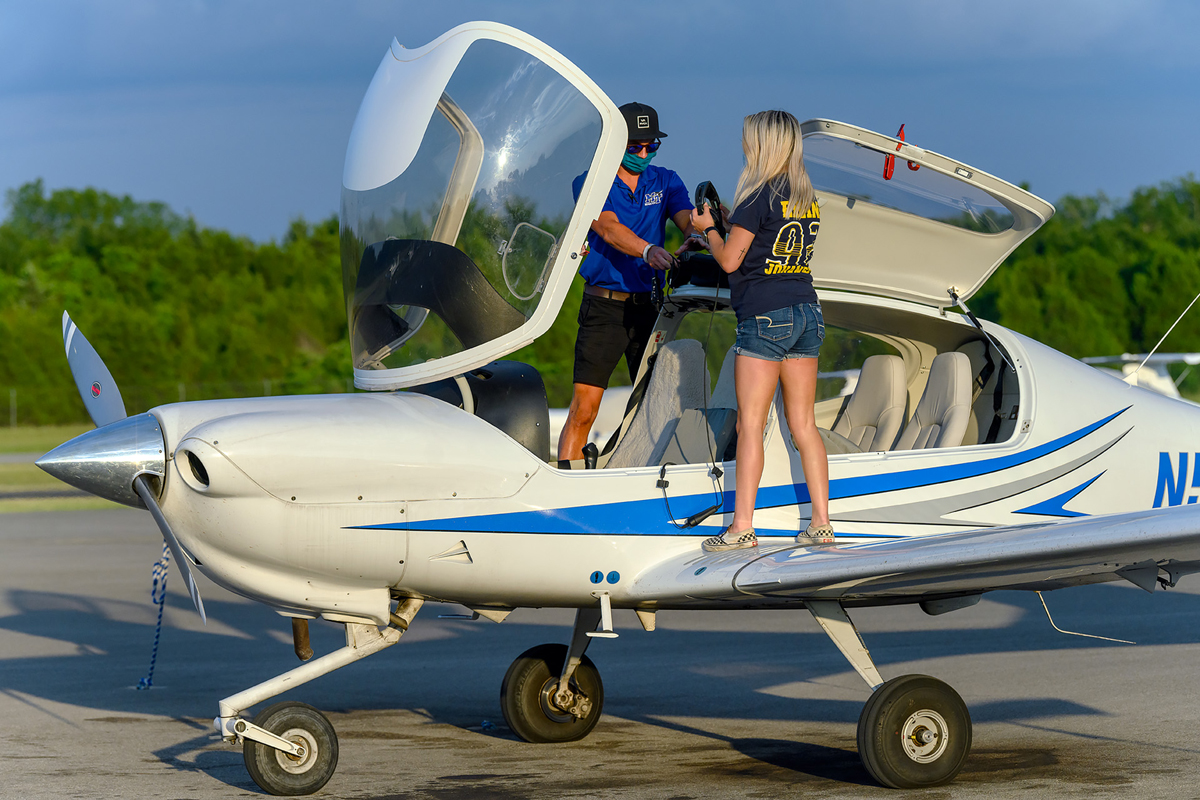 A comprehensive, innovative university, MTSU attracts students to more than 300 distinctive bachelor’s, master’s, specialist and doctoral programs that prepare graduates to thrive in their chosen professions and a changing global society. MTSU’s Department of Aerospace has grown into one of the most respected aerospace programs in the nation. Seventeen full-time faculty members, 75 flight instructors, and around 1,000 majors place it among the largest of the nation’s collegiate aviation programs.

Diamond Aircraft, headquartered in Austria with facilities in Canada and China, is among the leading aircraft manufacturer in general aviation. Founded in 1981, Diamond has pioneered many aviation first and achieved numerous milestones and industry expert accolades. It has more than 1,000 employees. More than 5,000 Diamond airplanes are flown by private pilots, professional flight training operators and institutions worldwide. For more, visit here. 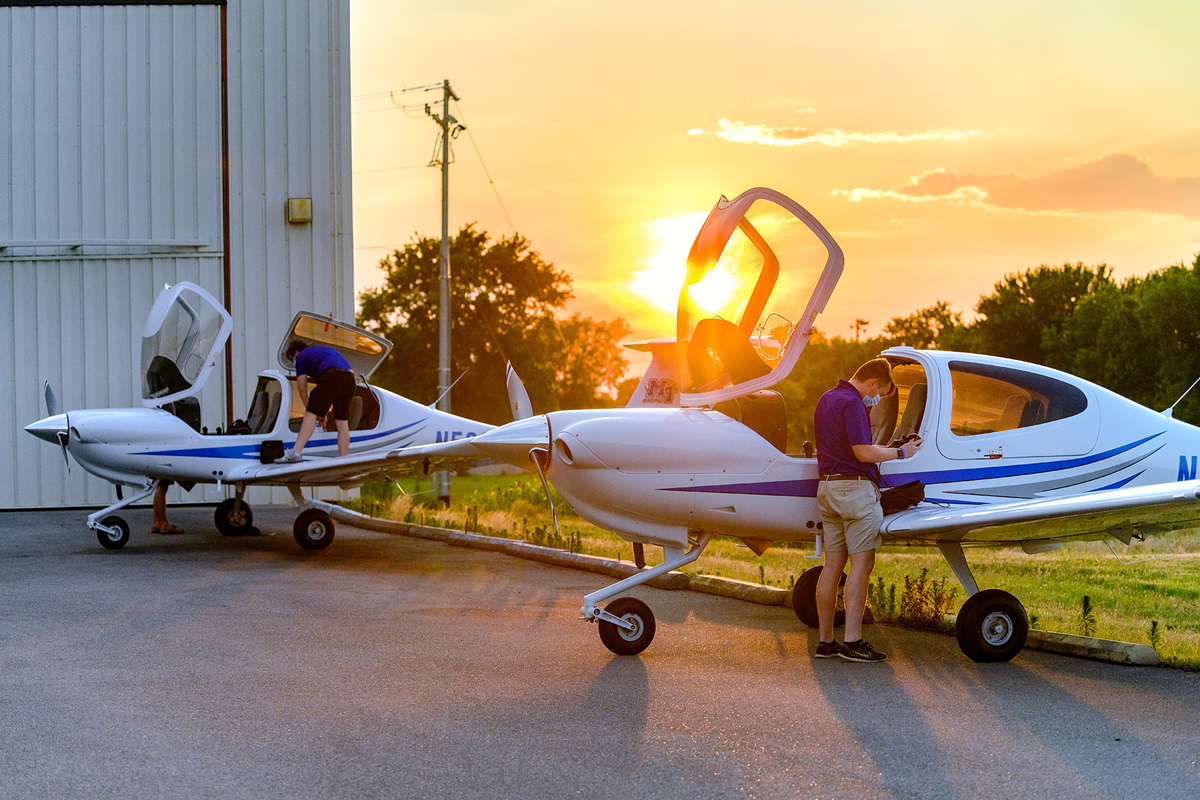