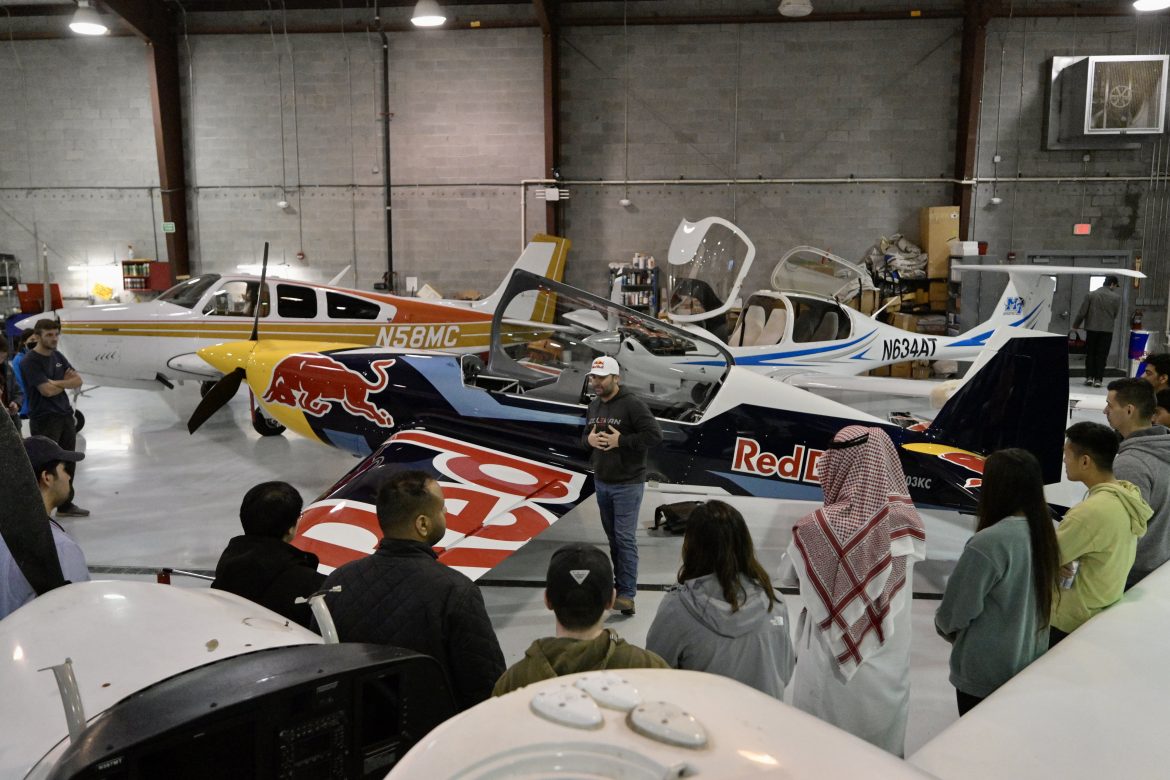 Coleman, 30, held a talkback with students in place of a flight demonstration due to inclement weather, giving them insight on his career in the field of aviation.

Coleman was inspired earlier in his life by his father who flew in airshows as a hobby, and started taking lessons at age 10 and competed at 16.

When asked by a student if this is what he sees himself doing for the rest of his life, he said, “If this turns in a bad direction, I’m not sure what I’ll do.” 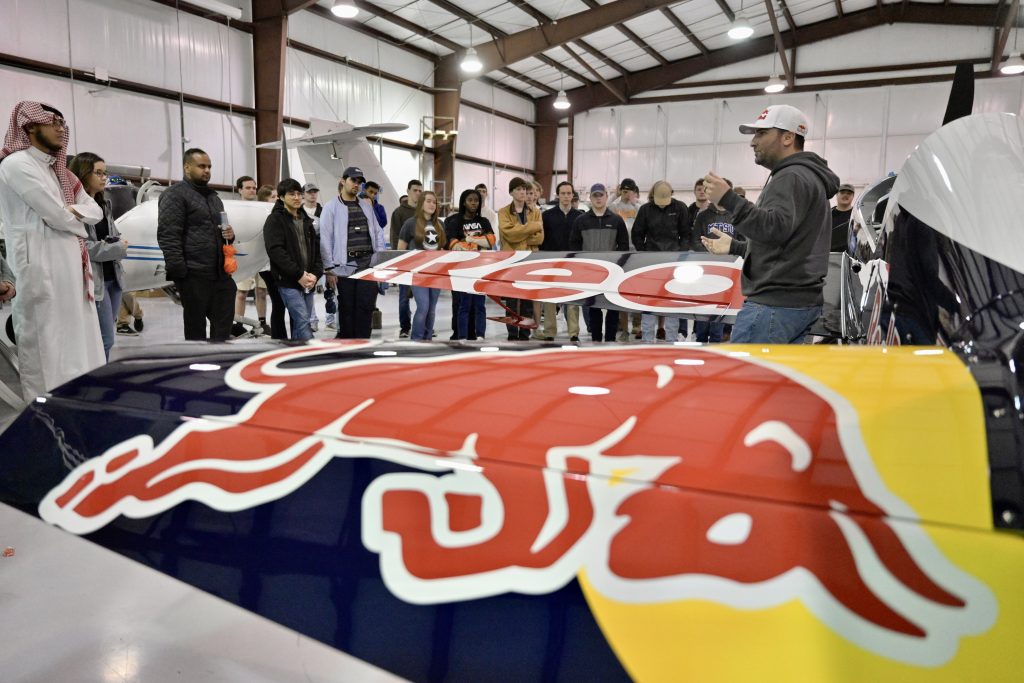 Coleman was recruited by Red Bull back in November 2020, but said that 2022 is his first year fully branded due to COVID-19 and is the second American to be Red Bull branded.

When asked how he felt about speaking to students interested in pursuing the field of aviation, Coleman said, “It’s awesome. That’s what this is all about, and that’s why Red Bull is such a great brand. Our owner Mr. Mateschitz believes in aviation as an aviator himself and believes in giving kids an opportunity to do this.”

“When you’ve got a brand this big, you know, that believes in it that much that shows you how powerful the aviation industry is, and that’s what’s so cool about the event that’s coming up with Paper Wings that’s promoting airplanes and promoting aviation.” 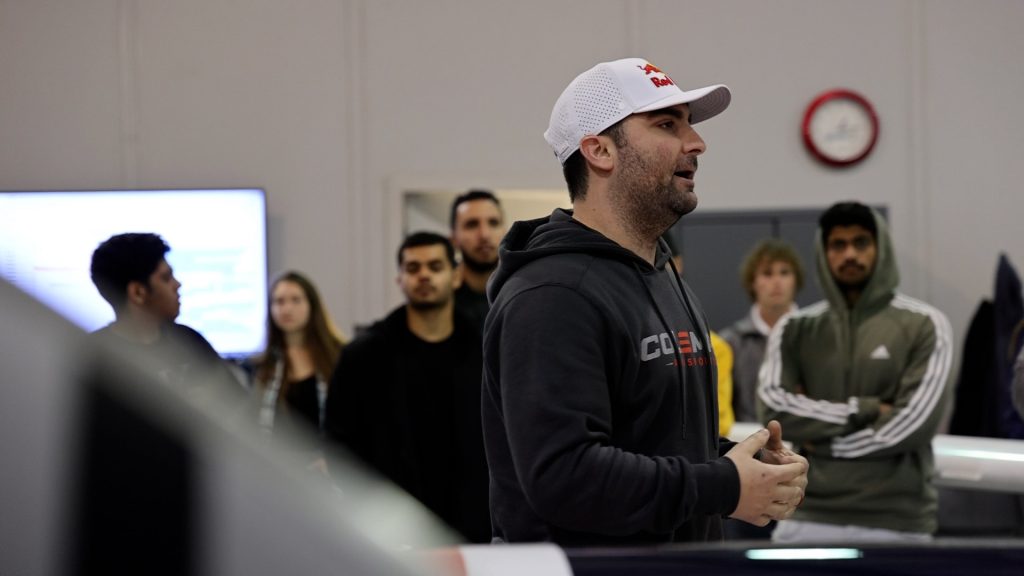 The Paper Wings annual event is the largest international paper plane competition, which was last held for MTSU students in March 2019 due to the pandemic.

“It’s just very cool that we have a boss that allows us to come out and do that and inspire people my age and younger that aviation is obtainable, it is a thing, and it’s not just about pilots there’s all kinds of aerospace engineering, you can design airplanes, and mechanics. The aviation industry isn’t just pilots. The pilots are just a small part of it,” said Coleman.

Qualifiers for the competition will be held Thursday, March 3 at 4 p.m. at the MTSU Airport Flight School located at 1940 Memorial Blvd, where students will compete for the longest airtime and distance their paper plane travels.

The qualifying event will be open for all MTSU students to compete and attendance will be open to the public.

Author Liliana Manyara is a sophomore in the Recording Industry Program in the College of Media and Entertainment. 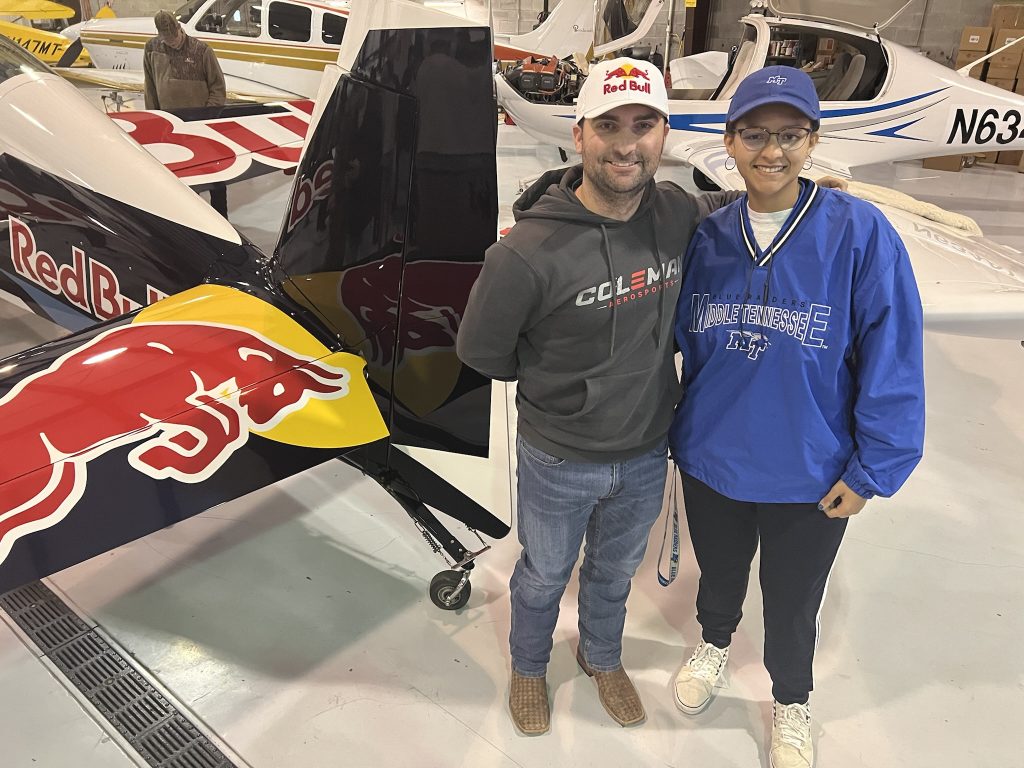