‘MTSU On the Record’ hits fast track with Black Hi... 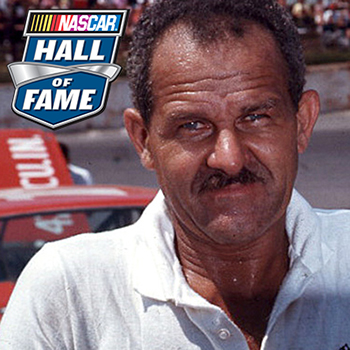 A speedy trailblazer who outraced bigots and drove into history was the subject of a recent edition of the “MTSU On the Record” radio program.

Host Gina Logue’s interview with Dr. Derek Alderman, head of the Department of Geography at the University of Tennessee-Knoxville, first aired Feb. 2 on WMOT-FM (89.5 and www.wmot.org ). You can listen to their conversation here.

Alderman is an expert in African-Americans’ attempts to claim their history through cultural geography. He presented “The ‘Hard Driving’ of NASCAR’s Wendell Scott: The Politics of African-American Survivability and Counter-Mobility,” an MTSU Black History Month event, Feb. 10 in MTSU’s Cason-Kennedy Nursing Building.

Scott, who was the first African-American racer in stock car racing’s top division, was inducted Jan. 30 into the NASCAR Hall of Fame in Charlotte, North Carolina, nearly 15 years after his death.

While he won only one race, Scott achieved 20 top five finishes and 147 top 10 finishes in his 13-year career. All the while, he endured racist indignities and attempts on his life and his loved ones’ lives during the Jim Crow era.

“Wendell Scott actually has an important thing to teach younger generations, particularly as we recognize that the black experience is still a matter of survivability,” said Alderman.

“If we look at what’s happened with Michael Brown, with Eric Garner, in Ferguson, Missouri, and New York City, respectively, we see that Wendell Scott was talking about or, at least, living these issues.”