Behind the Scenes with MTSU Fi.. 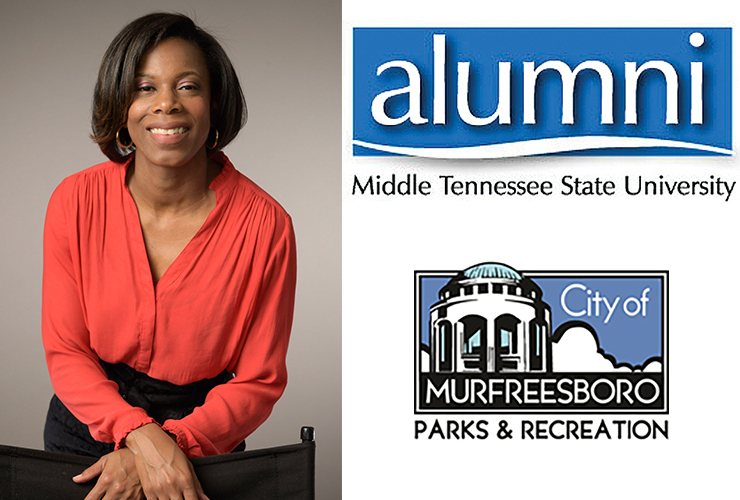 Murfreesboro Parks and Recreation Department announced that MTSU alumna Gernell Jenkins (Class of ’04) has been promoted to superintendent at Patterson Park Community Center in Murfreesboro.

“Gernell’s community connections, organizational acumen and leadership qualities fit perfectly with our mission to provide quality programs at a first-class venue. She is another dedicated addition to the Murfreesboro Parks and Recreation Department’s Leadership Team, and we’re excited to see what the future holds for Patterson Park Community Center under her guidance,” stated Nate Williams, MPRD director, in a city of Murfreesboro news release.

Jenkins, who earned her master’s degree in health, physical education and recreation with a concentration in sports management from MTSU, has more than 15 years of leadership experience in parks and recreation and facility management.

Her proven ability as operations coordinator, then facility supervisor for 10 years at Patterson Park will be key in continuing the excellent programming and community partnerships that have developed at the facility, the release states.

During her leadership, the Tennessee Parks and Recreation Association recognized her as the 2013 Distinguished Young Professional and she was also awarded the 2010 and 2017 Robert Horsley Award, which is an honor that recognizes community center personnel who have planned conducted or was responsible for the most outstanding community center program during the year.

“My service at Patterson Park Community Center is my way of giving back to the community which was so influential in my development and helped mold me to become the woman I am today,” said Jenkins in the release.

Prior to her work with the city of Murfreesboro, Gernell began her career as a public servant with the city of Indianapolis and Metro Nashville where she served in various leadership capacities in Parks and Recreation.

Jenkins has volunteered with numerous community organizations including Big Brothers and Big Sisters and the United Way of Rutherford and Cannon Counties where she was recognized as a member of the 2017 Catalyst Leadership Academy.  She currently serves as president and a chartering member for the Tennessee State University National Alumni Association Murfreesboro Rutherford County Chapter.

Jenkins is a product of Murfreesboro City Schools and is a 1997 graduate of Riverdale High School.