Behind the Scenes with MTSU Film Guild

Behind the Scenes with MTSU Film Guild 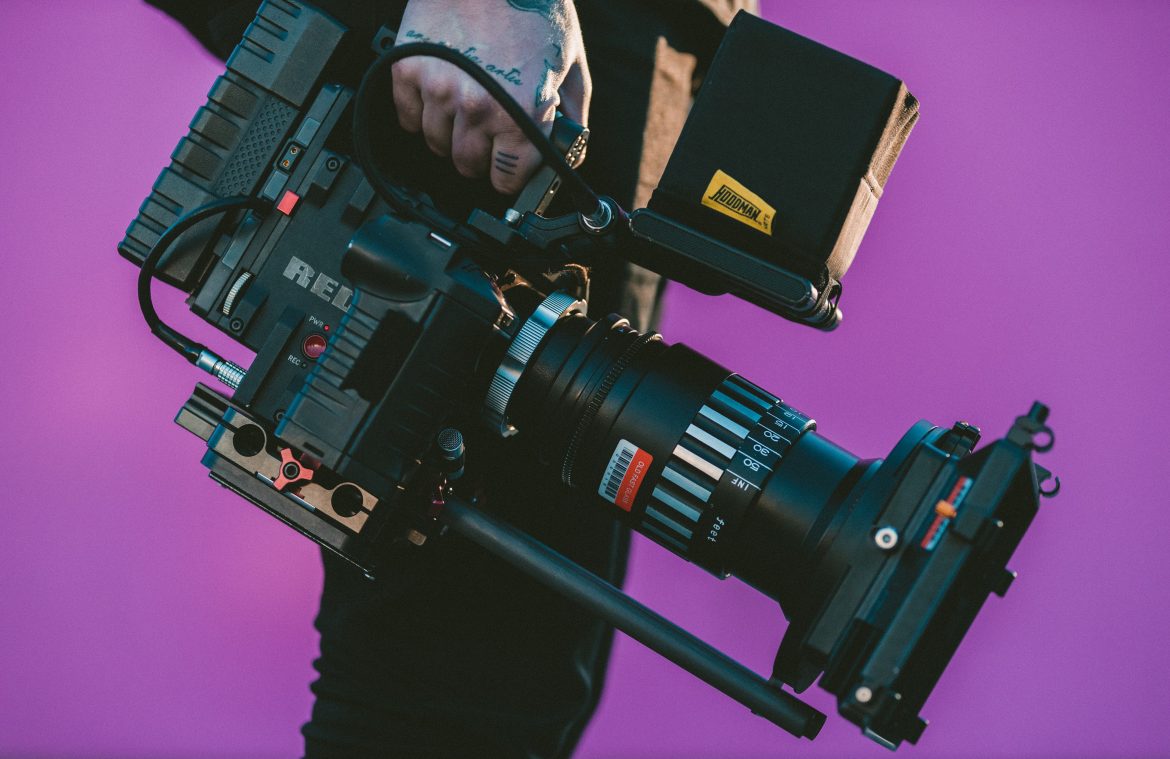 Awards, sleepless nights, impressive reels, new friends and a true film family, technical education, and meaningful work, are just some of the takeaways from MTSU’s Film Guild Club! Film Guild President, Brandon Haefli, and Secretary, Gus Simpson, gave us an organic look at what it is like to step, or fall, into the film industry. These creators have devoted their years to the cabinet and crew for the purpose of generating strong and capable filmmaking graduates. The future 2020 members of this organization have much to be excited about, so take a read and see what they are up to! PLUS! 👀 look out 👀 for their award-winning 2019 “54 Film Fest” submission below!

Q: So guys, please tell me who you are and what positions you currently hold!

Gus: My name is Gus Simpson. I am a senior at MTSU. And, this is my seventh semester at Film Gild. I went to MTSU Film Guild my freshman year back in 2016 in the fall, and now I am the Film Guild secretary. Well, I guess as a secretary, I…

Gus: Yeah, I take a lot of notes about what goes on at each meeting. When we need to do surveys or send out documents, I prepare those. I also manage the Film Guild website and the Film Guild Forum – kind of like paperwork-y stuff.

Brandon: My name is Brandon Hafeli. I am president of the MTSU Film Guild. I have been for three semesters now. And, like Gus, I’ve been in Film Guild for seven semesters. I supervise the entire organization, lead together meetings, and set missions that we’re all going towards. What I always like to say to the other officers is this: I just try to make Film Guild good and functional, and it’s up to the other officers to make Film Guild great and amazing.

Q: What have your years in Film Guild been like? What impact has the club made on you?

Gus: I mean, it’s probably the biggest reason that I’ve had any success in my career field so far. It gave me my first real set experience. And then, just through the interactions with other people going to Film Guild, I would learn from them and I would get involved in things that they were doing.

As a freshman or a sophomore, I was working on seniors’ final projects, which led me to get professional work where I’m actually getting paid. It put me leaps and bounds ahead of where I would have been if I didn’t go to Film Guild.

Brandon: Film Guild has been one of the sole reasons, if not the sole reason, that I am excited to graduate, even though video and film is kind of a scary minor. Especially, if you go in with the single-cam focused route, you don’t know what kind of work you’re going to get. However, because of the connections you make in Film Guild and the experience you get, it puts you way ahead of where you need to be. It gives you experience that you usually don’t get in class until your senior year or so. It’s a nice early wake-up call so you know to compensate for whatever weaknesses you may lack and push forward to what you need to have before you graduate.

Q: What has the Film Guild crew been like this year?

Brandon: What I just said at our last meeting, and I mean it sincerely, is that Film Guild is the best it’s ever been since I’ve been here for the seven semesters. The way Film Guild typically works is that you have a strong cabinet of officers and then a strong Film Guild to go with that. But then, as a lot of people graduate, suddenly all the top brass has gone and it starts from the bottom. That happened around our sophomore year. So, slowly but surely, it rose up.

Q: What projects are you currently working on?

Gus: In the spring semesters, we normally have two big projects that we do. We always do 54 Film Festival, which is in the spring. And then we also do another independent project, much like we do in the fall. So, there are two big films in the works and one film being edited right now.

Brandon: If you consider post-production, we’re still working on a project, ‘A Candle for Cam,’ which is a short film that was conceived earlier this year in the May 2019 semester. We just shot that in September, and that’s going to be in the post-process over winter break because our editors are still students. They haven’t had much time to work on it.

We do have the 2020 54 Film Fest coming up, which we don’t have to do too much pre-production for. That’s in February, and always a really fun, hands-on, chaotic, but also really bonding experience where you know everybody on the team when you’re done.

We just had our pitch meeting for our April project, in which several people, I think they’re mostly freshmen, went up and gave us their ideas and we ended up choosing one. We can’t reveal what it is quite yet. We haven’t made the public announcement, but I’m very excited. It’s something different that I haven’t seen Film Guild do in a while. That is to say, it is a lot more abstract and less straightforward than most films that you’re used to seeing.

Q: Do you have to have industry or general film experience before joining the club?

Brandon:  Not only is it open to people who are outside of film, but it’s open to anybody. It’s a general public thing. It rarely happens, but people who don’t even go to MTSU are more than welcome to show up!

Q: What would you say a normal meeting goes like for Film Guild?

This semester has been a lot of guest workshops, where former MTSU students or industry professionals will come in and talk about one specific aspect of filmmaking at great length. Students get to see how the industry really works once you’re out.

Brandon: One workshop we did is we set up four different areas of filmmaking. In this case, directing, writing, grip and electric, and camera. We taught everybody two specific parts of each. Every week, we try to teach everybody something really important and kind of specific and niche.

Film Guild will focus on one topic, and, by the end of us teaching it, you will know that topic and it will relate to what you do professionally.

Q: What are some major accomplishments that you’ve seen Film Guild achieve in your years of involvement? Do you have anything you’re proud of?

Brandon: For 2019, 54 Film Fest, our film, “Strike Three,” got nominated for 24 awards and it won 12 awards. It did really well. That was with students and professionals alike. We pretty much swept the student category and we won some professional awards. Our film got nominated for pretty much every professional category, which is really great because, with 54, we’re usually focused on the education part of 54 and filmmaking. So, to do really well while hiring on all this extra crew that really doesn’t know completely what they’re doing was a very good accomplishment. And, Gus Simpson here was our director.

Gus: I won ‘Best Student Director’ and I was nominated for ‘Best Overall Director.’

Brandon: Then we won ‘Best Overall Student Film,’ I believe. So, that was a recent accomplishment that we’re very proud of. Hopefully, we’ll do it again with this upcoming 54.

Gus: Overall, I think our productions have been really well organized, really professional, and really great experiences for people who don’t have any experience. For these freshmen that have never been on a set before, it is what a movie set would be like on a small scale.

Brandon: I’m usually the one who’s focused more on, “Ok, is this a good experience for the students?’ We always outsource our actors, and I think, ‘Are those actors getting good stuff for the reels? Is any money wasted?’

For the past few productions, I felt that we’ve done everything as great as we can and everybody’s gotten something good out of it.

Q: How long is Film Guild been “a thing” and how many members do you currently have?

Q: What types of experiences will a member get out of this club?

Gus: What I like to tell people, is that when you go to Film Guild, you’re taking what you learn in the classroom and actually applying it to real work. You hear a lot in this industry that it’s about who you know or who knows you or that sort of thing. That’s a big part of what Film Guild does; it introduces you to a lot of new people who are going to help you down the road.

Also, just having work that you can say you’ve done is so much better than not having work you can say you’ve done. It’s really amazing how much you learn even after simply one or two of these Film Guild projects just from experience. The professors can always tell who goes to Film Guild because their projects are just a cut above everybody else’s.

Brandon: Outside of technology and know-how, Film Guild also focuses on your career and making sure that you’re going to graduate and have a plan, which is very important. We can teach you how to be a great director, but we’re also going to make sure that it is plausible for you to be able to direct.

I think a lot of shortcomings that come from the film schools around Nashville, is that those people will be really good at that job, but they won’t know how to be paid to do that job. We like to give people ideas. Find your niche. If you do want to do this big position, there is nothing wrong with that, but be sure you have a position that can help you make money, too. If you tell somebody, “I work as a sound technician.” Anybody in any profession you talk to is going to be like, “Really? Well, I have a buddy of mine who is a sound technician. You may want to work under them,” as opposed to saying, “I’m a producer.” Your response will most likely be, “Well, good luck with that. I’m sure you’re going to do great things.” You know? So, we like to focus on career tips and just making sure that they are not only able to do the job, but they’re able to live while doing the job.

Q: What are your post-graduation plans?

Brandon: I personally will be doing videography and freelance filmmaking on the side. I like to do gripping electric work as a grip, key grip, gaffer and that sort of thing. Hopefully, I can build up the budget to make my own film projects a little bit later on, once I have a sizeable network of people that will work for me.

Gus: My plan is to continue writing and directing short films and trying to get those in front of as many people as possible.

I will be trying to get them through festivals, with the plan of directing a feature film as the end goal. Through that process, I will work in whatever I need to in order to get money to live off of. Writing and directing will be my priorities.

Meetings: Thursdays during the semesters at 6 p.m. in Bragg 101