In the News: Workplace bullyin.. 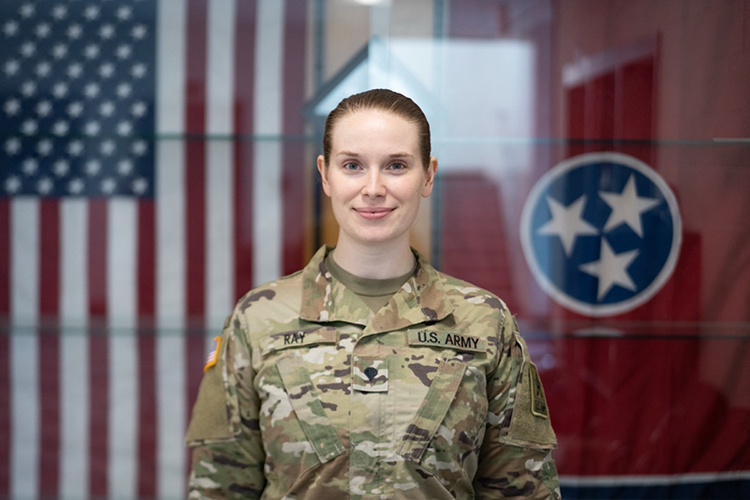 Ray enlisted in the Tennessee National Guard during the height of the COVID-19 pandemic in October 2020, according to a Guard news release. Four months later, she reported to Fort Jackson, South Carolina, to learn basic soldier skills such as squad maneuvers, physical fitness, land navigation, military etiquette and military tactics.

“I joined the National Guard because of the events that unfolded during 2020 and felt lead to find opportunities to help,” said Ray. “I had a moment of realization that I wanted to be a part of an organization that helps mitigate problems and supports the efforts to help those in need.”

“My goal is to earn my commission and become a military intelligence officer,” said Ray in the release. “Once I graduate, I will continue serving in the Tennessee National Guard.”

Ray holds a bachelor’s degree in music education from MTSU and a master’s degree in vocal pedagogy from William Carey University.