Attendees experienced “That’s Entertainment”-themed activities from the College of Media and Entertainment’s Media Arts program, the Colleges of Liberal Arts and Basic and Applied Sciences and Murfreesboro Center for the Arts. 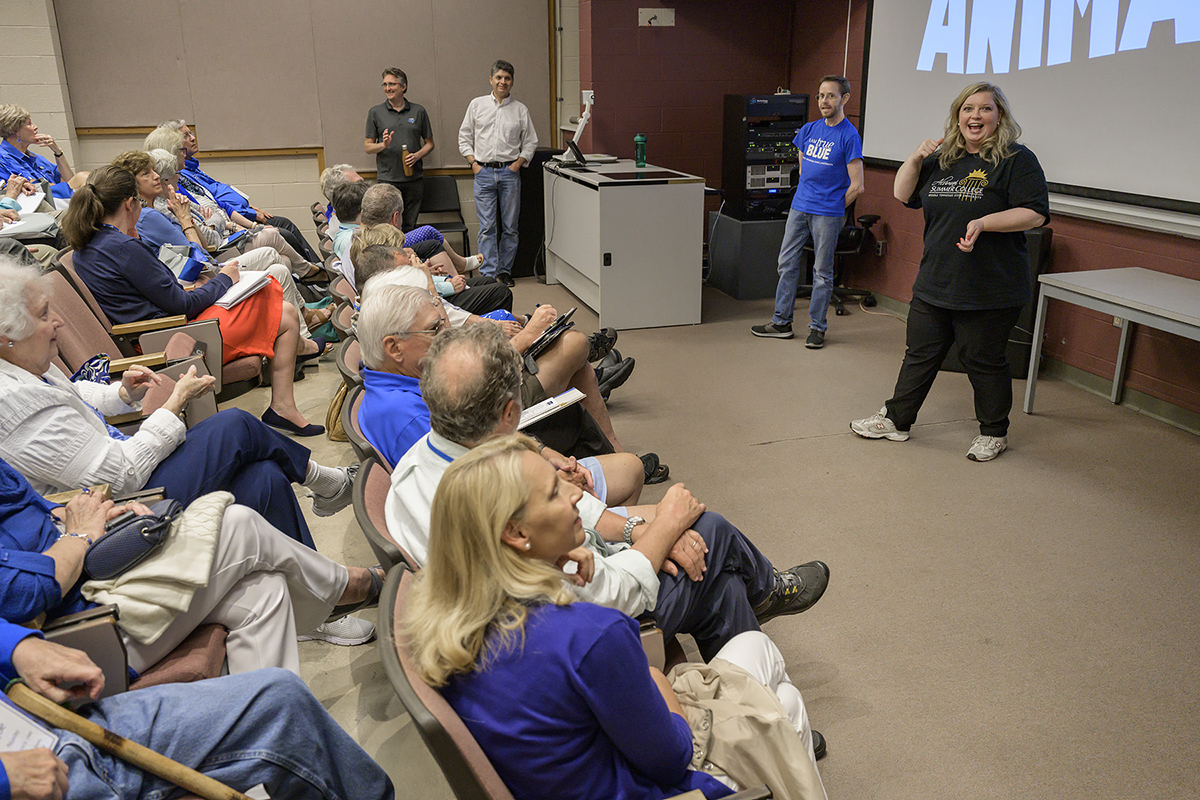 The purpose of the Office of Alumni Relations is to provide opportunities for alumni to be engaged with the university, with Alumni Summer College educating alums, family and community members in a fun, relaxed and interactive environment, said Rhonda King, Alumni Relations assistant director.

“Alumni Summer College provides class members a unique opportunity to learn more about MTSU,” King added. . “… Class members are able to form bonds and strengthen relationships with each other while expanding their knowledge of the university.”

This year’s theme provided the perfect frame to share some of MTSU Media Arts concentrations such as animation, mobile production and film making, King said.

Another high point was attending a special performance of “Footloose” at the Center for the Arts. King also provided a virtual conversation interview with the Kool-Aid Man and narrator of “Swamp People,” Pat Duke (’80), a noted film and voice actor. 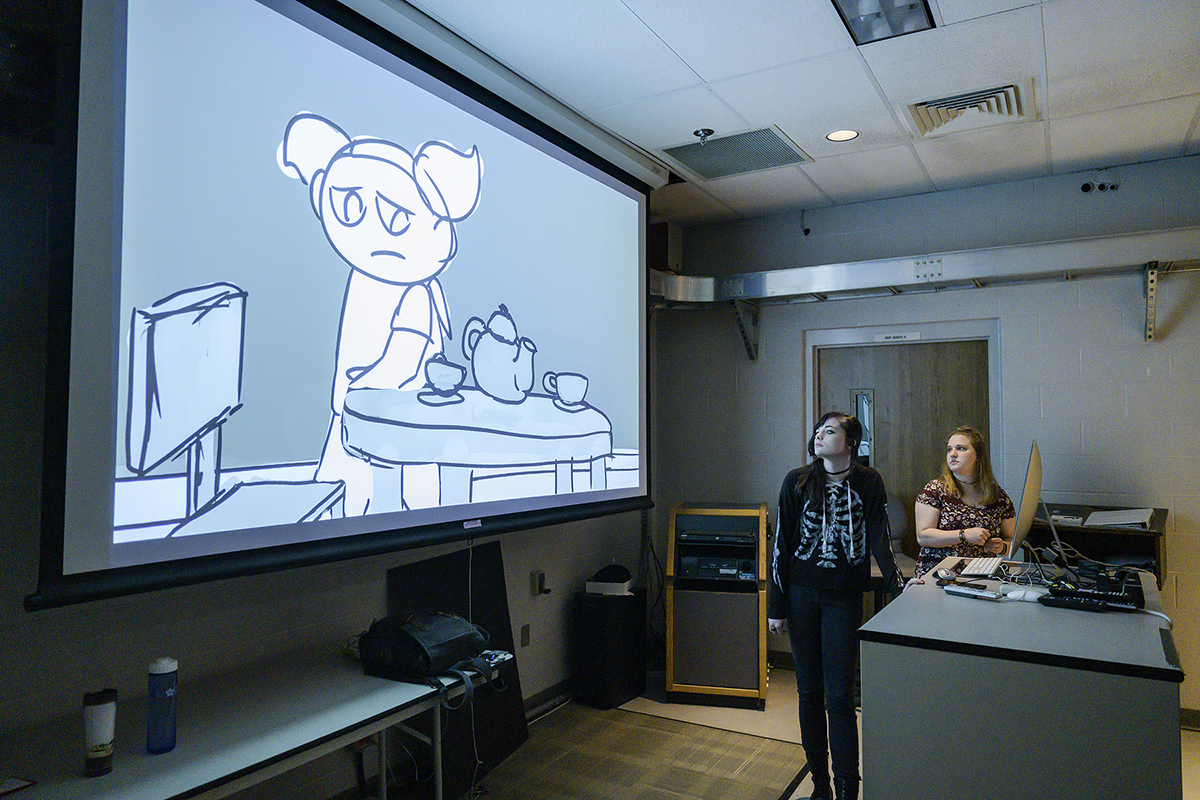 The School of Concrete and Construction Management was represented by alumnus Reggie Polk (’03) of Thompson’s Station, Tennessee, who has been featured on cable television’s “Property Brothers” and “Listed Sisters.”

Attendees even experienced the blue-carpet treatment upon arrival for the June 19-21 event. 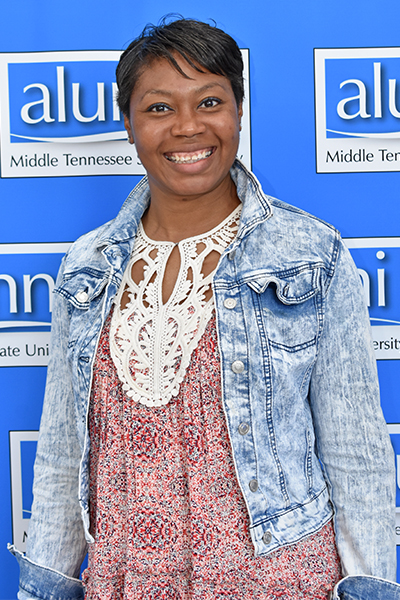 2003 alumna Carla Hill was photographed on the Blue Carpet. (Photo by Lynn Adams)

Carla Hill (Class of 2003) of Fairview Heights, Illinois, attended for the first time. At MTSU, she studied recording industry with a music business emphasis and her minors were entrepreneurship and entertainment technology.

Alumni Summer College “exceeded my expectations,” said Hill, director of partnership for Explore St. Louis. “All the presentations were very informative and entertaining.”

One of her favorites featured alum Nic Dugger (’00), owner of TNDV Mobile Production and the 2018-19 MTSU Distinguished Alumnus, with his “Wild World of Television Production” presentation.

“What better way to reintroduce yourself to MTSU than to attend Alumni Summer College,” said Hill, who was amazed at the campus’s expansion in 16 years’ time. “You will have exclusive, one-of-a-kind experiences with nationally recognized instructors and alumni. And for those who love to eat, you will not be disappointed.” 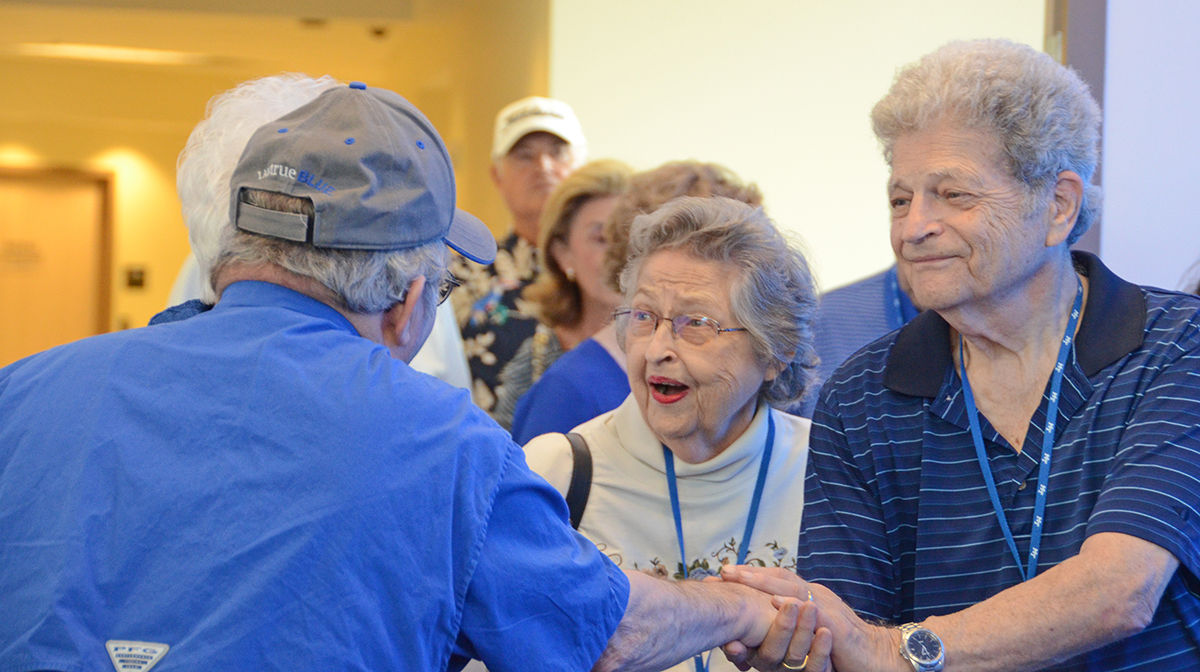 Bobbie Elrod (’72 and ’88) of Manchester, Tennessee, said attendees “like to get educated” at summer college. “These have always been interesting topics with interesting people. It’s just a good way to spend the summer.”

“My favorite memories on campus actually are summer college,” Warise said. “I was older when I graduated. Back then, I would come to class, then go back home. Summer college is so much fun.”

In a blue-carpet video, Ron Cooper mentioned there are at least 12 or 13 close family members with MTSU degrees.

For more information about future Alumni Summer Colleges and alumni in general, call 615-898-2922. 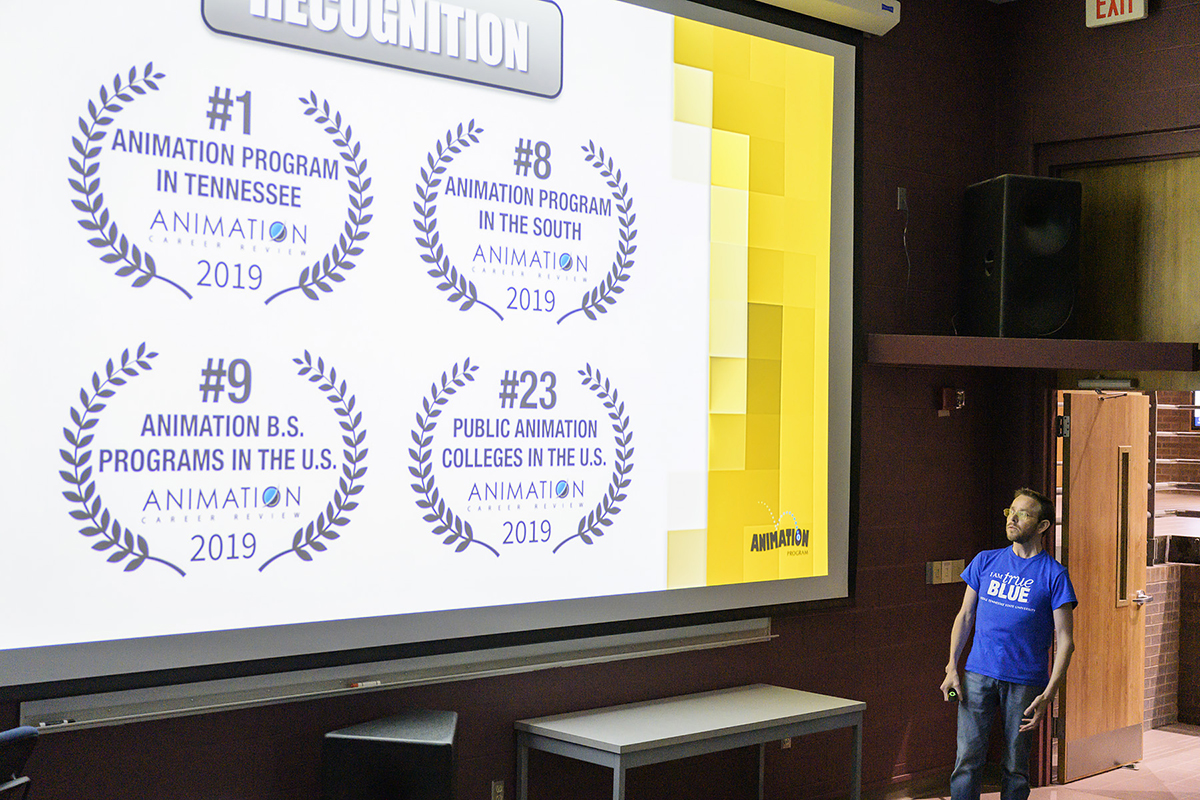 MTSU Media Arts assistant professor Kevin McNulty shares with 2019 Alumni Summer College attendees about the success and high rankings for the popular animation program during the recent three-day gathering on campus in the Bragg Media and Entertainment Building. (MTSU photo by Andy Heidt)