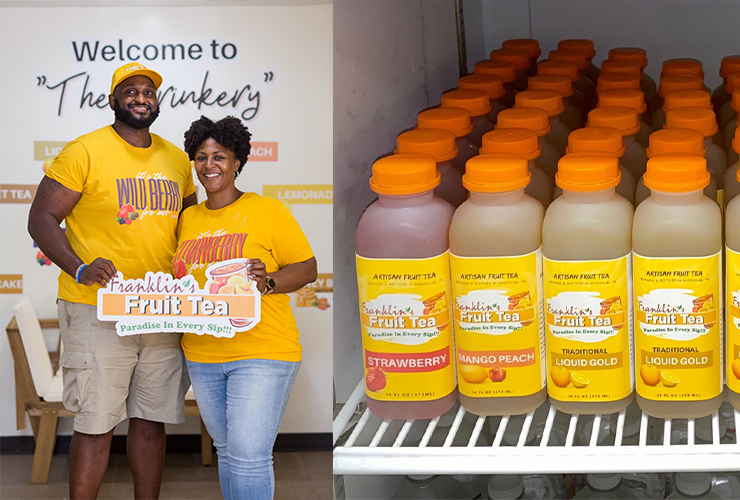 Middle Tennessee State University alumnus Germayle Franklin and his small business Franklin’s Fruit Tea is back on MTSU campus after getting its origins in an undergrad apartment more than a decade ago.

Franklin graduated in 2006 with a degree in physical education and played for MTSU’s Blue Raiders football team as an offensive lineman. As a student, Franklin began making his own fruit tea in his apartment. The first flavor created was called Liquid Gold. 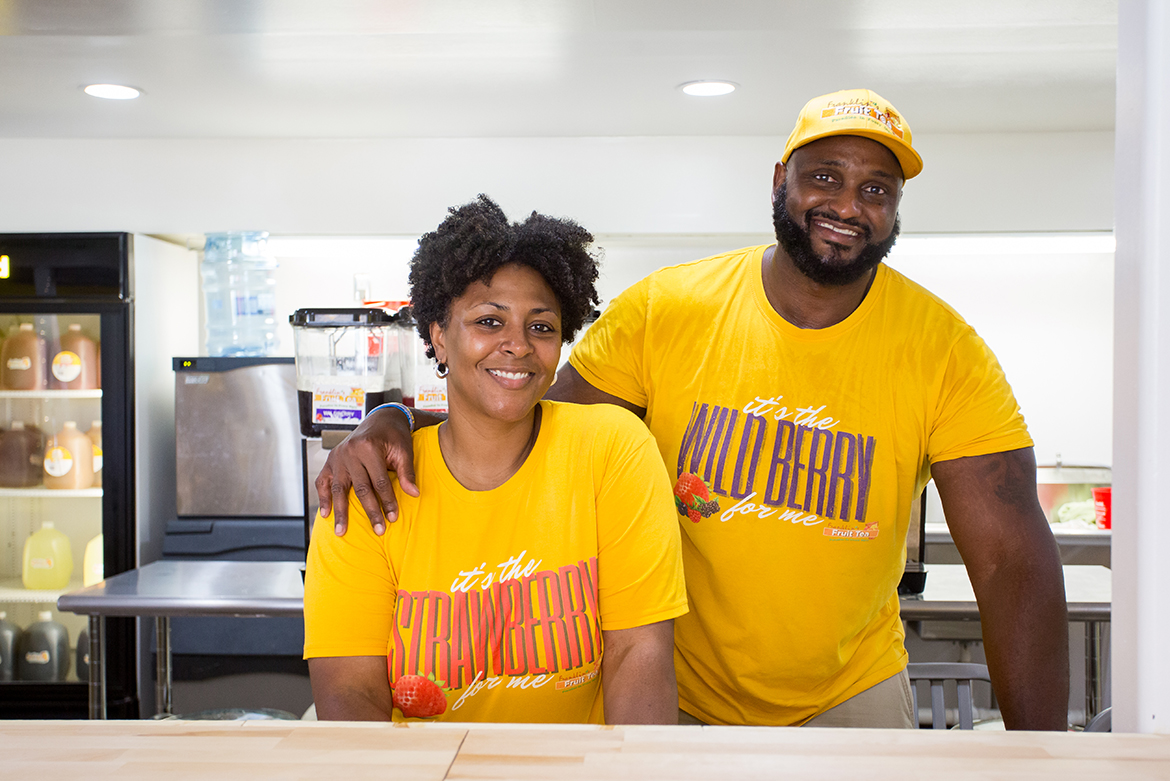 “Being someone who bleeds blue, it’s an honor to have Franklin’s Fruit Tea on the campus of MTSU where it was first crafted,” Franklin said. “I never imagined that something I made for myself would be experienced and enjoyed by thousands!”

Franklin’s tea is now available to all students and staff on campus at Dwight’s Mini Mart located on the second floor of the Keathley University Center in the center of campus. Dwight’s provide all five flavors: strawberry, mango peach, liquid gold, half & half and lemonade.

Franklin’s wife, Mylikia, who handles the company’s public relations as operations manager, said the business has come back to its roots.

“My husband is super passionate about MTSU,” said Mylikia Franklin. “For him to have a product that lets students experience the tea he used to make for himself, it’s a huge honor.”

Franklin and his wife are passionate about entrepreneurship. They established Friday Night Market in the Boro due to provide a family-oriented night life event in Murfreesboro and the need to care for small businesses. The event is hosted in Cannonsburgh Village and allows Murfreesboro residents to shop local vendors, eat from local food trucks and listen to live music.

Franklin’s Fruit Tea shop “The Drinkery” is located at 348 E. Castle St., Suite A in Murfreesboro. For more information and to find other retailers who carry the product, visit https://franklinsfruittea.com. 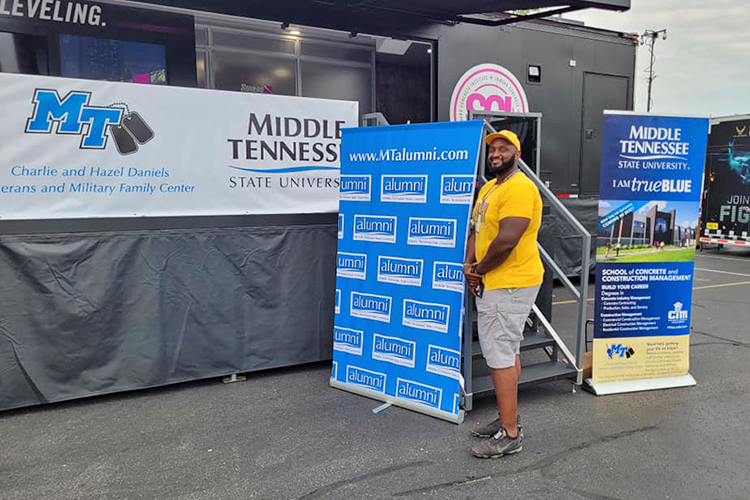