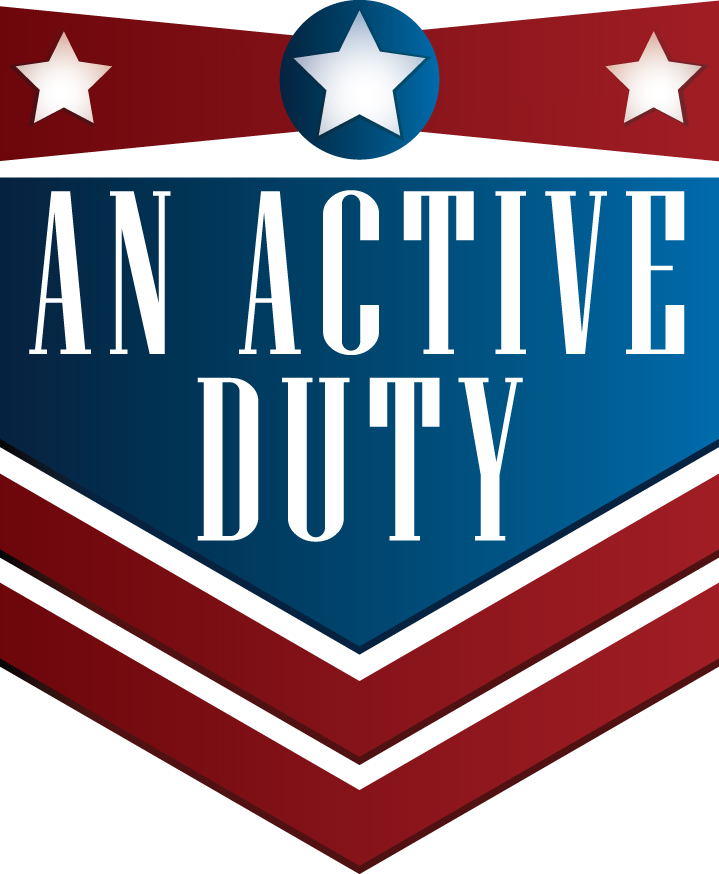 Veterans face unusual and daunting challenges as they move into college life. The bureaucracy surrounding admissions and registration can vex today’s veterans, who are used to the modern military’s streamlined processes. Such bureaucratic burdens are compounded by the psychological stress of military service and sometimes even a sense of alienation on campus. Talk about some of MTSU’s top efforts to ensure the student success of this very laudable student population.

President McPhee: MTSU has been recognized year after year by national publications such as Military Times and G.I. Jobs magazine as being one of the top universities in the U.S. for veteran education. Military Times separately named the Jennings A. Jones College of Business among its 64 Best for Vets Business Schools 2014.

MTSU has a long and proud tradition of aiding veterans in their transition from the battlefield to civilian life. In 2011, MTSU became the first institution of higher education in the state—and one of the first in the country­—to partner with the Veterans Administration’s new VetSuccess on Campus program.

You recently oversaw creation of a Veterans and Military Family Center on campus, which arguably represents the next step in MTSU becoming the most military-friendly university in America. Talk about the center and your reasoning for its development.

President McPhee: The new, 2,600-square-foot center constitutes the largest and most comprehensive Veterans and Military Family Center at a university in Tennessee. The center provides one-stop service and support for the more than 1,000 student veterans and their family members at MTSU. Everything that MTSU student-veterans need to succeed is available in this single location, from scheduling courses and completing government paperwork to getting questions answered about benefits and employment opportunities. 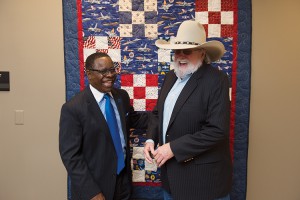 MTSU’s new senior advisor for veterans and leadership initiatives, Keith M. Huber, now leads our ongoing push to help student veterans be successful in college. Huber joined MTSU after retiring as a lieutenant general from the U.S. Army after nearly 40 years on active duty as an infantry and Special Forces officer. In his words, this new center will encourage and facilitate the success of our veterans as they transition out of uniform into academics, and then into future employment opportunities, as they strive to become leaders in the community much like they were in uniform.

The University also named Dr. Hilary Miller, a military spouse and family member, as center director earlier this summer. She will lead an experienced staff alongside U.S. Department of Veterans Affairs employees Heather Conrad with VetSuccess on Campus and Veteran Affairs Coordinator Ray Howell. A Veterans Administration mental health counselor will also be in-house to help veteran students and their families cope with post-war traumas, such as post-traumatic stress disorders.

MTSU’s vet-friendly initiatives, as well as this new center, have received a lot of support from both the private and public sectors. Talk about some of the gifts that have been made to enhance this work.

President McPhee: Gov. Bill Haslam recently announced that MTSU would receive a $91,000 state grant to support its veteran success efforts. Also, the Journey Home Project, co-founded by country music legend Charlie Daniels, recently committed $50,000 to help equip the new center. Mr. Daniels says he is anxious to see this center in action, and referred to it as a place where the many needs of our veterans can be dealt with by capable people who care. That’s not just True Blue. That’s red, white, and True Blue! 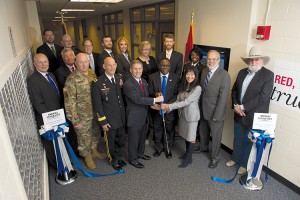 Opening of the Veterans and Military Family Center in the KUC.

With plenty of fanfare—including a $50,000 boost for technology from legendary country music entertainer Charlie Daniels, and a visit by U.S. Veterans Affairs Deputy Secretary Sloan Gibson among others—the University opened its new center on November 5, 2015, in grand style with a ribbon-cutting followed by a program in front of an overflow crowd in the KUC Theater. 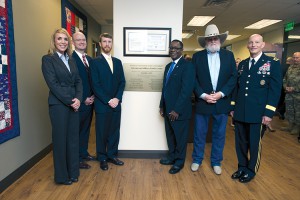 Gibson told student-veterans, “Americans support you and clearly the people of Tennessee support you. They want all veterans to be successful…Future employers, embrace veterans. It’s both the right thing and the smart thing. I salute every veteran seeking an education.”

Tennessee Board of Regents Chancellor John Morgan said the center “establishes a new standard for serving our student-veterans, a population that deserves our support and respect…By providing our student-veterans with the care and service that they require to reach their higher-education goals, we are also making strides toward the governor’s goal of 55 percent of our population having some post-secondary credential.” 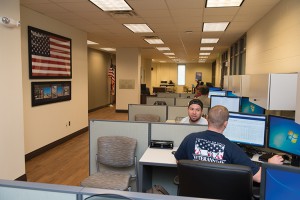 Interior photo of the Veterans and Military Family Center in the KUC. 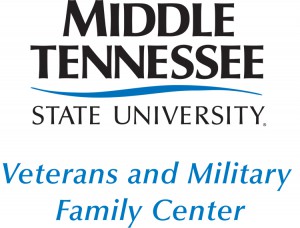