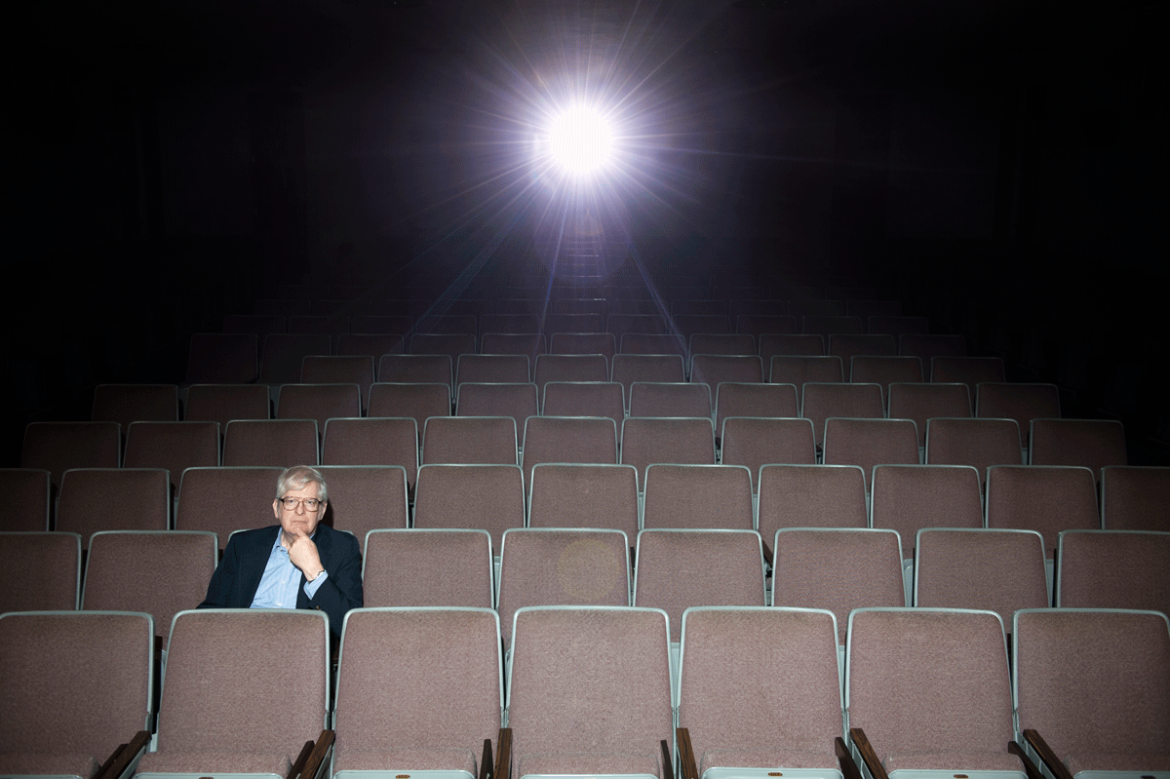 Every neighborhood has that one kid who regularly invites all the other kids over to watch movies. Richard Hansen was that kid in his suburban neighborhood in Cleveland, Ohio. His home theatre seated 10.

Except this was the ’60s, so the movies Hansen showed every Sunday afternoon were 8mm films he’d bought from a local department store, for which he’d rigged up sound and projection himself.

“I scored musical soundtracks for silent films,” he said. “It was one way to get a neighborhood kid to watch a two-hour silent movie.”

Hansen grew up to teach theatre—he’s an associate professor and a member of the Honors faculty—but film was his first love. On the way to earning his Ph.D., he ran two cinemas, appeared in two movies, and joined the Screen Actors Guild, to which he still belongs.

And from the youngest age, he studied films with an academic fervor, memorizing movie trivia almost by osmosis, the way other kids memorized batting averages.

Hansen still fields calls from friends, and sometimes journalists, wanting to borrow from his reservoir of film facts. He knows that Orson Welles was drunk when he nailed his famous Moby Dick speech in one take; that Frankenstein 1970 was the first movie to include the sound of a toilet flushing; and that the “original” Phantom of the Opera starring Lon Chaney is actually a 1929 reediting of the silent 1925 version.

He knows things that Google doesn’t—and that’s fitting for a man who eschews technology he considers unnecessary or, worse, detrimental. He doesn’t have a cellphone, and he rues the fact that movie and theatregoers do and can’t seem to put them away. He considers digital projection one cause of the decline of film as an art form.

It’s unsurprising that Hansen doesn’t teach online. Or it might be expected of such an instructor in the small-college environment of the Honors College. Whether he’s teaching Honors Theatre Appreciation or leading a study-abroad group in London, Hansen’s job is less to lecture and more to feed his students’ intellectual curiosity.

The annual trip to what Hansen calls “the theatre capital of the world,” which he leads every other winter, alternating with Professor Scott Boyd, is “a potentially life-changing experience,” he said. In London, he likes to hold classes in unconventional places—say a pub or the lobby of Drury Lane Theatre in the heart of West End. Convinced that every college student should study abroad if possible, he’s also established a scholarship named for his parents (also educators) to help offset the cost of the trip for theatre majors.

Hansen is still an ardent student of film (he’s a longtime supporter of the Nashville Film Festival), and he uses film references to teach theatre, pointing out, for example, that the ancient Greeks invented Hollywood conventions like the sequel and the trilogy.

“Often, my students have not been to many plays, if any,” he said. “But they have seen movies. So I can use their movie reference base as a way to access theatre, and sometimes that’s a very good connection.”

That’s what good teachers do: find that connection. It’s exactly what Richard Hansen has been doing since he was a boy scoring soundtracks in Garfield Heights, Ohio.