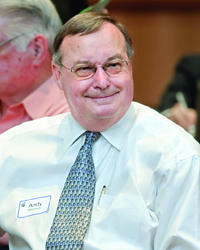 The Womack family is also intimately tied to education progress across Tennessee as a result of the work of Andy Womack (’70).  The Murfreesboro-based State Farm agent and former state senator was reappointed late last year to the executive committee of the Southern Regional Education Board (GREB), which works to guide improvement in public education across the region.

Womack served in the Tennessee Senate from 1988 to 2000.  He was a member of the Education Committee and chaired the committee during his final four years.  He joined the SREB in 1993, was reappointed in 2000, and served on the board throughout the last decade.