When an adult decides to go back to college and get their degree, they usually must ask themselves a few important questions.

“How do I find my old transcripts?” is a common one. Or, “How long will it take me to finish my degree?” is another.

For Ashley Pearson, who just graduated last weekend from MTSU with her bachelor’s degree in integrated studies, the main questions were about her previous credits earned 18, 10, and five years ago from two different colleges. University College had the answers she needed through its Adult Degree Completion Program. 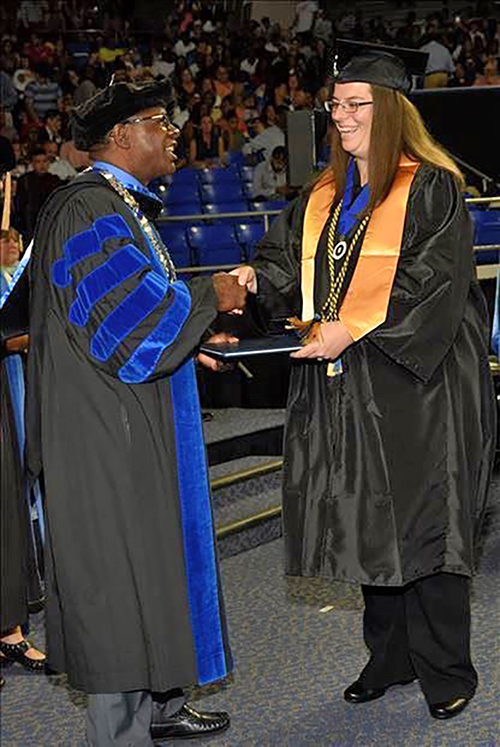 “I was genuinely concerned because the large majority of my credits were in American Sign Language and Deaf Studies, which is not a degree offered by MTSU,” recalled Pearson, a Pegram, Tennessee, resident. “However, my advisor made it work and helped me not lose credits or have to essentially start over.”

Pearson started her college career immediately after she graduated high school in 2000. She finished her freshman year, but then moved to a different state and began a successful career. After working for several years, she says she started to lose passion for her work. She nearly completed her associate degree in 2010 at a community college in Texas. She went back in 2014.

Pearson jokes that she has been working on her degree forever, but her situation is similar to so many adult students. That’s why MTSU developed the professional studies and integrated studies majors, which are perfectly catered to adult learners with their unique schedules and challenges.

“My journey at MTSU has been incredible. I started simply wanting my degree,” Pearson said. “I researched universities that would accept my previous credits and had online courses. I decided on my degree because it initially checked my boxes.”

While her initial goal was to get out of college as quickly as possible, Pearson said things changed as she began taking courses.

“I am confident that this degree was no less than perfect for me. It has flung doors wide open to new opportunities and allowed me to explore paths I would have not otherwise taken.”

One of those new opportunities came when she was accepted into MTSU’s Institute of Leadership Excellence, an intensive weeklong course under University Honors College.

“I was genuinely shocked by the invitation. I worked so hard both personally and academically, that the simple acceptance into the course made me realize that my journey at MTSU was exponentially more than just a quick degree,” she said. “The course itself was a life-altering, impactful course as well.”

She said the course made her realize it was not too late to change careers and to jump into a different path where she would feel more fulfilled. She said she’s a lifelong learner, but it took going back to school in her mid-30s to realize that.

She initially considered pursuing a career in consulting since she was passionate about training people to become skilled leaders. She also considered going back to her old career at a higher level. She pondered speech-pathology when she was finishing her degree, but after several conversations with MTSU faculty and her advisers it became clear that human resources management was her passion and something she wanted to dedicate her life to pursuing.

Her advice for adult learners considering going back to school or those who are enrolled right now?

“Just do it! Even if you are returning for the credentials, learning as an adult is such a fun and enlightening journey,” she said. “MTSU makes it easy and painless. They work with your past credits, your job experience, and with your current schedule.”

For current students, Pearson says to make sure to research all the resources available to students, like special offerings from the library specifically for online students.

Since she has graduated, Pearson says she intends to further her education in a graduate-level program.

To learn more about the Integrated Studies major or going back to college to finish your degree, contact MTSU University College at 615-494-7714 or by visiting the website. 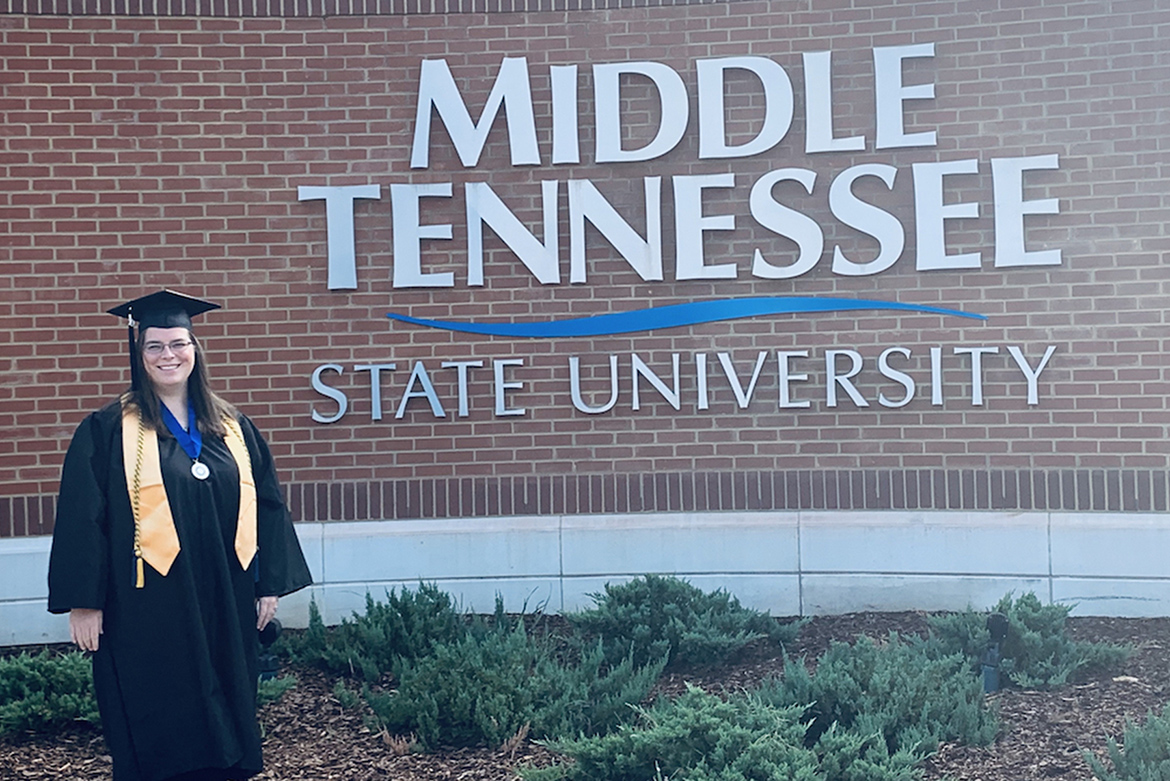