‘MTSU On the Record’ guest lin.. 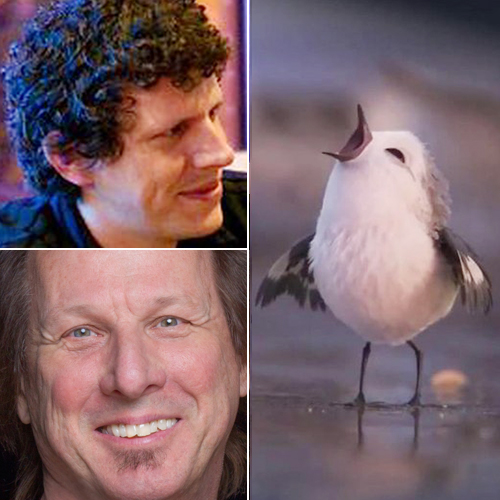 MTSU alumnus and adjunct professor Daniel Rowland is hearing an entirely new song — one of international congratulations — after a successful working relationship with music virtuoso Adrian Belew led to creating the score for an Oscar-winning animated short film.

The tiny tale tells the story of a baby sandpiper, frightened by the giant waves that nearly wash her away as she searches with her speedy, spindly-legged family and friends for food on the shore, and how she overcomes her fear. (You can watch the trailer below.)

Belew composed the music for the beloved little film, and Rowland, a 2008 alumnus of MTSU’s Master of Fine Arts in Recording Arts and Technologies Program and an adjunct instructor in the College of Media and Entertainment, produced and engineered the tracks, all in Belew’s Mt. Juliet, Tennessee, studio.

The pair are featured in a March 6 CNBC feature that you can read here.

Rowland, who’s now a senior audio engineer at LANDR, a Toronto-headquartered online automated mastering service, wound up using the LANDR systems to master “basically every mix I exported out of Pro Tools,” according to a story on the LANDR blog about the project.

The alumnus has taught at MTSU since earning his master’s degree, presenting introductory and advanced Pro Tools classes as well as “Electronic Music, Synthesis, and MIDI,” “Critical Listening” and “Recording Studio Techniques.”

He was able to accommodate students’ hectic schedules as well as his own by offering several of those courses online via instructional videos from his own business, The Online Audio School.

In 2010, he met Belew, the frontman, singer, co-writer and guitarist for progressive rock powerhouse King Crimson for 30 years as well as a multi-instrumentalist for David Bowie, Frank Zappa, Paul Simon, Nine Inch Nails, Tom Tom Club and the Talking Heads. The pair worked together at Belew’s Mt. Juliet studio, and Rowland ultimately became Belew’s audio engineer and co-producer on the artist’s world tours and several albums.

The partnership expanded when Rowland co-founded the app company NOIISE and released an iOS professional multi-effects processor app, FLUX:FX, with Belew and the Amsterdam-based companies Mobgen and Elephant Candy. They followed that with another app, FLUX by belew, a re-imagining of the album format that never plays the same way twice, featuring hundreds of tracks that Rowland recorded, mixed and co-produced.