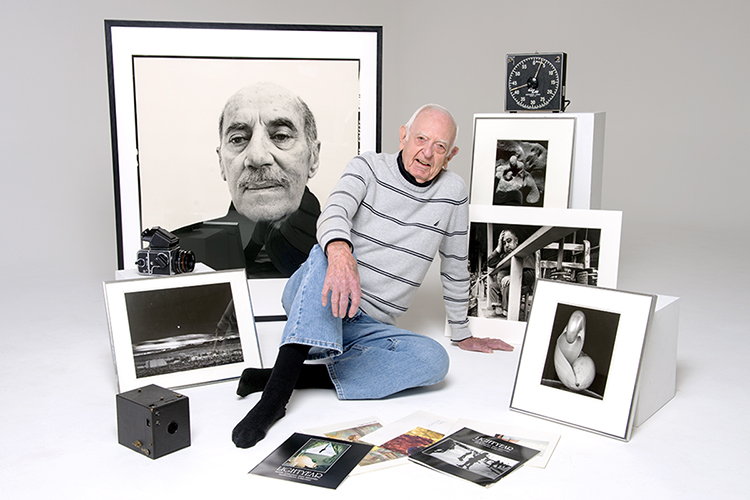 MTSU photography Professor Emeritus Harold L. Baldwin, whose dedication to his craft — and art — helped him guide and encourage the vision of thousands of students and assemble a million-dollar-plus photographic collection during a 32-year college teaching career, has died at age 93. 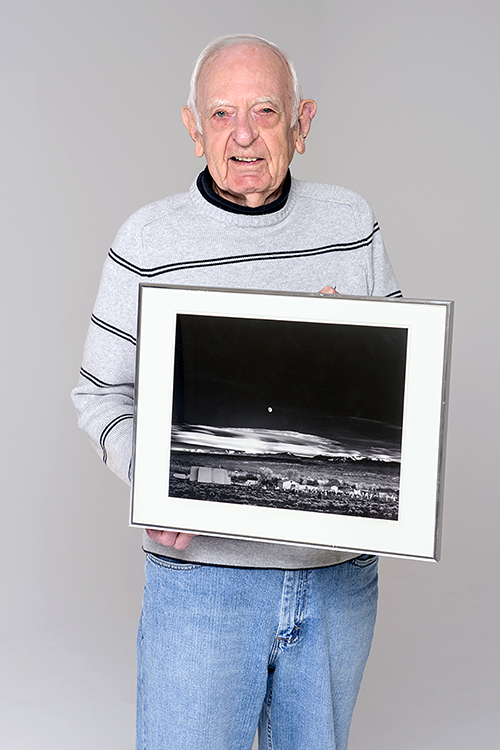 The Murfreesboro resident, who joined the MTSU faculty in 1959 from the Colorado public school system to teach industrial technology, died March 19.

Woodfin Funeral Chapels in Murfreesboro will handle funeral services, which were incomplete today.

“Harold Baldwin was a man to emulate,” said Billy Pittard, chair of MTSU’s Department of Media Arts and a longtime friend and colleague of the late professor.

“He was a scholar, an artist, an innovator and a positive influence on his students and the world around him. He truly made the world a better place.”

Baldwin initially taught metalwork in what was then the Industrial Arts Department. He founded the program’s printing component, which evolved into the photo program.

By 1964, he established the MTSU Photographic Gallery to enhance and expand his classroom instruction, hoping it would help expose students and the surrounding community to the work of photographers from around the world. He also founded Lightyear, a yearly publication of the gallery’s collection and student work.

Over the years of expanding the gallery, Baldwin began to build a permanent collection from exhibits by artists such as Ansel Adams, Edward Weston and Minor White, as well as one of his mentors, Jerry Uelsmann.

In a 2012 interview with MTSU Magazine, Baldwin recalled one of his initial efforts to bring photographic artists to campus: reaching Adams.

That pleasant exchange ultimately helped bring one of the Baldwin Gallery’s most prized pieces to Murfreesboro: a print of Adams’ most famous photo, “Moonrise, Hernandez, New Mexico.”

The video below shows a few of the photos in the Baldwin Gallery collection.

During his teaching career, Baldwin served as president of the MTSU Faculty Senate and received the university’s Outstanding Teacher Award.

Baldwin retired from MTSU in 1991 to continue his photography and family adventures, and the university renamed the gallery in 1996 to honor him.

The Baldwin Photographic Gallery was located in a hallway of the McWherter Learning Resources Center until building renovations displaced it in 2012, so Baldwin gave the university $100,000 to find and renovate a new location on campus and to help sustain the collection.

The result was the region’s premier photographic gallery, a bright space inside the Bragg Media and Entertainment Building that opened in January 2014. It showcases exhibits by guest artists, alumni and the annual Student Photography Show as well as the university collection, valued at more than $1 million.

The gallery added space for its archives and storage, as well as a reading room, in March 2019 in MTSU’s Miller Education Center.

The video below captures the gallery’s 2014 grand opening and features comments from Baldwin.

MTSU photography professor Tom Jimison curated the Baldwin Gallery from 1991 until his death in 2017, followed by professor Jackie Heigle from 2017 to 2019.

“Harold was a constant figure in the MTSU community and leaves a significant legacy,” Randol said. “He would often come through the photography building, and I will miss getting the opportunity to introduce him to students.

“He constantly had a project he was working on, and his voracious attitude was contagious.”

In 2013, MTSU’s College of Media and Entertainment added Baldwin to its Wall of Fame as a “Friend of the College” for his educational service.

MTSU’s Center for Popular Music also helped preserved Baldwin’s own work: his sole major collection of documentary images, the Harold L. Baldwin Grand Ole Opry Collection, which consists of images of the Opry stage, backstage, audience, street crowds and environs shot between 1969 and 1971 at the Ryman Auditorium in Nashville, Tennessee. That collection is now also housed in the Baldwin Archive in the Miller Center.

Baldwin’s family has requested that in lieu of flowers, memorial donations be made to the Baldwin Photographic Gallery to continue his work. Gifts can be made online at www.mtsu.edu/supportbaldwin​ or mailed to the MTSU Foundation, Box 109, 1301 E. Main St., Murfreesboro, TN 37132.

For more information about MTSU’s College of Media and Entertainment, which contains them both, visit www.mtsu.edu/media.

MTSU Professor Emeritus Harold L. Baldwin poses with prints by internationally recognized photographic masters from the university’s million-dollar-plus collection, along with copies of the MTSU photography magazine Lightyear, vintage cameras and a darkroom timer in this 2012 file photo. Baldwin, 93, founder of both MTSU’s photography program and the renowned campus photo gallery that bears his name, died March 19. (MTSU file photo by J. Intintoli)