The Changing Face of Rwanda 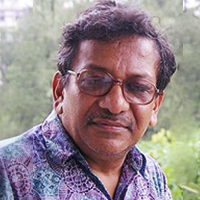 Dr. Irshad Khan, former chairman of the Department of Economics at Chittagong University in Bangladesh, will visit MTSU Wednesday, Aug. 22, as part of a nationwide tour of American academic institutions.

The U.S. Ambassador to Bangladesh and a senior education adviser of the U.S. Department of State have asked Khan to lead initiatives to promote academic exchanges between the two countries.

Khan was a childhood friend of Dr. Muhammad Yunus, the 2006 Nobel Peace Prize-winning economist who taught at MTSU from 1969 to 1972. Khan also was instrumental in arranging the Yunus Commoration Agreement of Friendship and Exchange between MTSU and CU in 2010.

Although he is on leave from Chittagong University, Khan is now the pro-vice chancellor and acting president of the Independent University of Bangladesh at Chittagong.