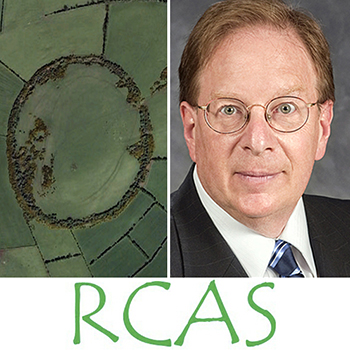 The free public discussion will begin at 6:30 p.m. Oct. 15 at the Heritage Center of Murfreesboro, located just off the Public Square at 225 W. College St.

Bartel, who is MTSU’s senior academic administrator as university provost, also is a respected archaeologist and professor of anthropology. He’ll speak on “The Celts: A View from Ireland.”

MTSU provost since 2010, Bartel has participated in archaeological digs throughout Europe and the United States during his 45-year career, specializing in colonialism, mortuary practice and early human symbolism.

The Celtic ceremonial site of Dún Ailline in eastern Ireland, where chieftains were inauguated, is part of MTSU Provost Brad Bartel’s Oct. 19 presentation on “The Celts: A View from Ireland” for the Rutherford County Archaeological Society. (Photo by Brian Byrne/Kilcullen Diary)

His international projects include the excavation of the Roman city of Sirmium and Roman metallurgical site of Kraku’lu Yordan in Serbia, the Celtic ceremonial site of Dún Ailline in eastern Ireland, and Early Bronze Age cemeteries in western Turkey.

Stateside, Bartel excavated the San Diego Presidio, the first permanent European settlement on the West coast; the Moravian settlement of Old Salem in North Carolina; and the winter home sites of Thomas Edison and Henry Ford in Florida.

Bartel’s Oct. 15 talk will highlight the Dún Ailline site, where the royal chiefs of Leinster were inaugurated. He and a team from the University of Pennsylvania excavated the site in the 1970s.

“The Celts are one of the most misunderstood cultures in Europe and are currently found only as remnant languages in Western Europe,” Bartel said.

“At the time of the Roman Empire, they inhabited the largest amount of territory in Europe. They had a distinct art style, were technologically sophisticated in metallurgy and had an expansive trade network.”

Bartel also plans to take a look at Halloween, the longest celebrated ritual in the Western world after more than 4,000 years of observance in some form.