They are best friends about to their conclude their undergraduate academic journeys at MTSU. And they are going out on top. 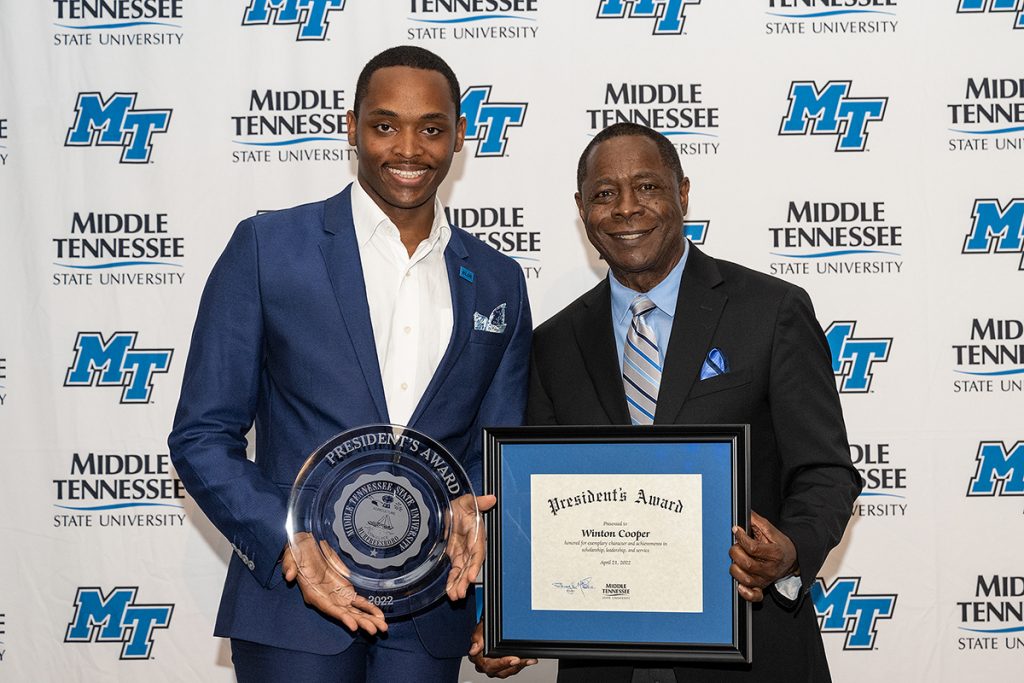 Cooper, a Bahamas native, was presented his award — “honored for exemplary character and achievements in scholarship, leadership and service” — by university President Sidney A. McPhee, a fellow countryman, in late April during the annual SGA awards in the Student Union Ballroom.

Paull, a Southern California native who lives in Knoxville, Tennessee, was given her award — “honored for outstanding academic achievement through scholarly activity” — by Provost Mark Byrnes days earlier during the annual College of Basic and Applied Sciences Awards in the James Union Building.

Both pursued degrees — Cooper in environmental science and Paull in allied health science with a concentration in prepharmacy — in the College of Basic and Applied Sciences. They graduate Saturday, May 7, in Murphy Center.

“It’s an incredible privilege to receive this award,” said Cooper, 21, who experienced the loss of his mother, Cornelia Taylor, last August just as the 2021-22 academic year began. “I didn’t think myself worthy of this highest award.” 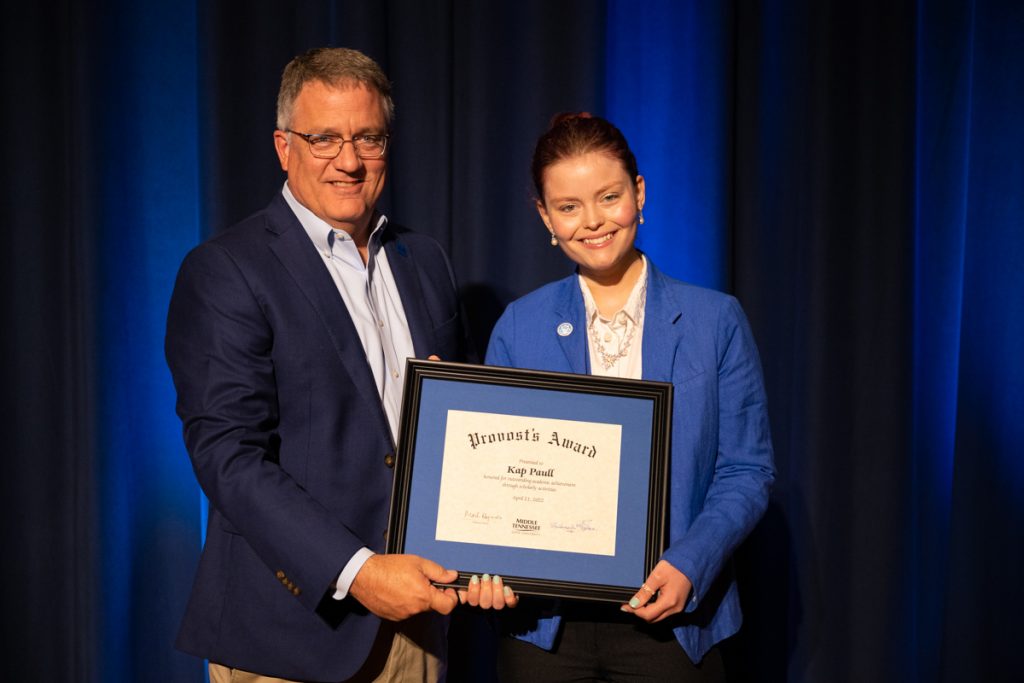 Paull, 21, said she’s “honored and humbled to receive this award. … There were so many people deserving of this award and am very grateful they decided to give me this honor.”

She said “an enormous amount of effort” went into earning the recognition. This included taking summer classes, working and a study abroad internship, taking 20 hours of classes in fall 2020 during the pandemic and CLEP-ping (College-Level Examination Program) out of five classes — a full semester she did not have to take.

Paull is a member of SOAR — Student Organization of Advancement and Research — and conducted research in dance therapy and presented twice during Scholars Week, which promotes scholarly efforts each spring. She’s also a dance minor who has had many performance opportunities.

Cooper received a $16,000 per year International Merit Scholarship and a $7,500 annual scholarship from the government of the Bahamas. He also obtained a geosciences departmental scholarship and one from MTSU speech and debate his sophomore year.

“Along the way, people have been very generous,” Cooper said. “In my academic journey, I have been supported monetarily and people have sent cards and messages.” His future plans include pursuing environmental policy in the U.S. and eventually returning to the Bahamas, which, he notes, is a country 80% at or below sea level. He said he’s “totally entrenched and forever indebted to MTSU.”