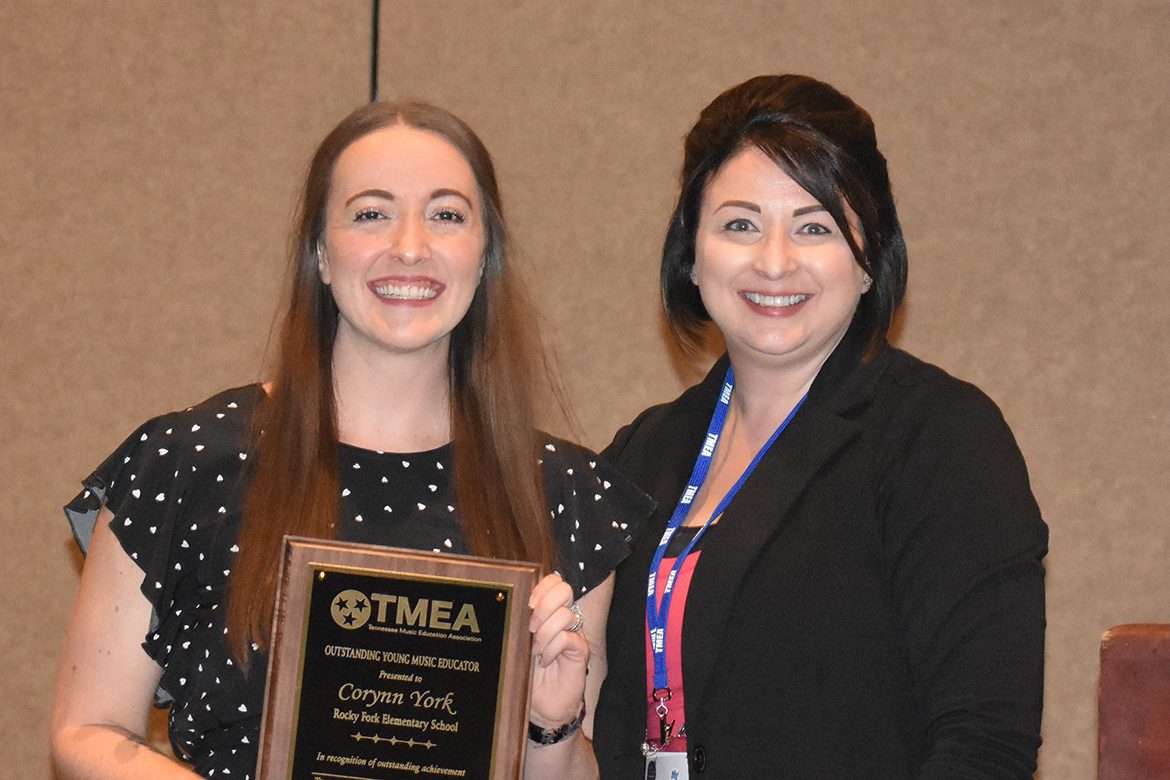 MTSU alumna and Rutherford County Schools teacher Corynn York always knew she wanted to be a teacher, but she did not know she wanted to teach music until high school.

“I realized I was happiest whenever I was in choir under the direction of my high school choir teacher Mrs. Helen Redding,” York said. “I thought of the impact she and all my other music teachers had on my life and decided I wanted to be that bright spot in at least one student’s day.”

A decade later, York has accomplished just that in her sixth year as an elementary music teacher, currently at Rocky Fork Elementary in Smyrna, Tennessee, and as the most recent winner of the Outstanding Young Music EducatorAward from the Tennessee Music Education Association. 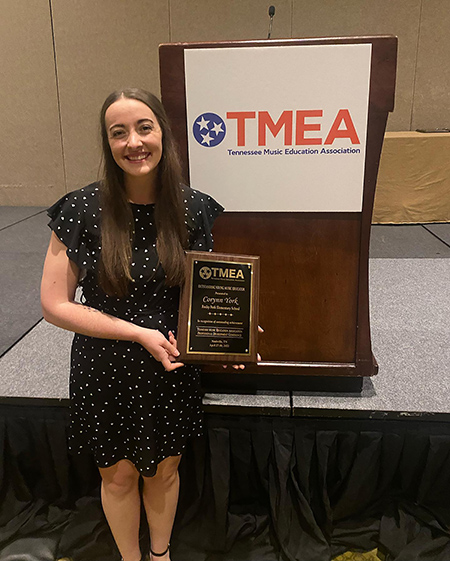 TMEA chooses a winner “in recognition of work by young music educators who have shown extraordinary promise, diligence and success,” according to the organization’s website. Another TMEA member nominated York, and the association’s awards committee reviewed her teaching and professional activities before selecting her.

“It was surreal when I first found out that I won,” York said. “I look to my colleagues for ideas and inspiration daily, so it’s a very validating and proud feeling to be affirmed by other music educators.”

York received her award at the TMEA professional development conference awards banquet in Nashville at the end of April and called it an amazing experience.

“I’ll never have enough words to describe the gratitude I felt being celebrated amongst some of the most dedicated and successful music educators in Tennessee,” she said.

A Jackson, Tennessee, native, York completed her bachelor’s degree at MTSU’s School of Music and master’s degree at the university’s College of Education, the latter of which she decided to pursue after two years in the classroom. 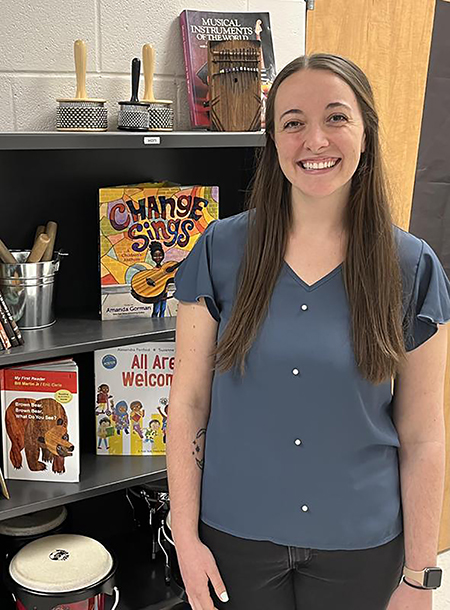 “One of the biggest ways I felt the college prepared me for my career was by offering me field experience,” York said. “Getting to be in the classroom every semester to observe, teach and connect with current music educators was the most valuable aspect, and my professors helped me build my confidence in reviewing and creating curriculum and utilizing digital tools to enhance my curriculum.”

York praised several professors for her professional success, one of which was MTSU School of Music chorale instructor and conductor Angela Tipps.

“She helped me find the pure joy in music-making with others while also fine-tuning my musicianship along the way,” York said. “She always found a way to teach you the skills you needed to be successful while connecting to every human on a personal level at the same time.”

Tipps said to be recognized by her special former student meant a lot.

“She worked very hard in school and never let any setbacks get in her way,” Tipps said. “That tenacity has made her a successful teacher, no doubt. I simply gave her the opportunity to explore her gifts.”

Tipps agreed that the hands-on, practical field experience for preservice educators offered at MTSU helps prepare them for the classroom.

“Getting them into the classroom early so that they can know the different kinds of music education is one of our greatest strengths,” Tipps said. “We also help you (students) become the best musicians you can be, so that once you get in the classroom, you can focus on the students, and the music preparation comes more naturally.” 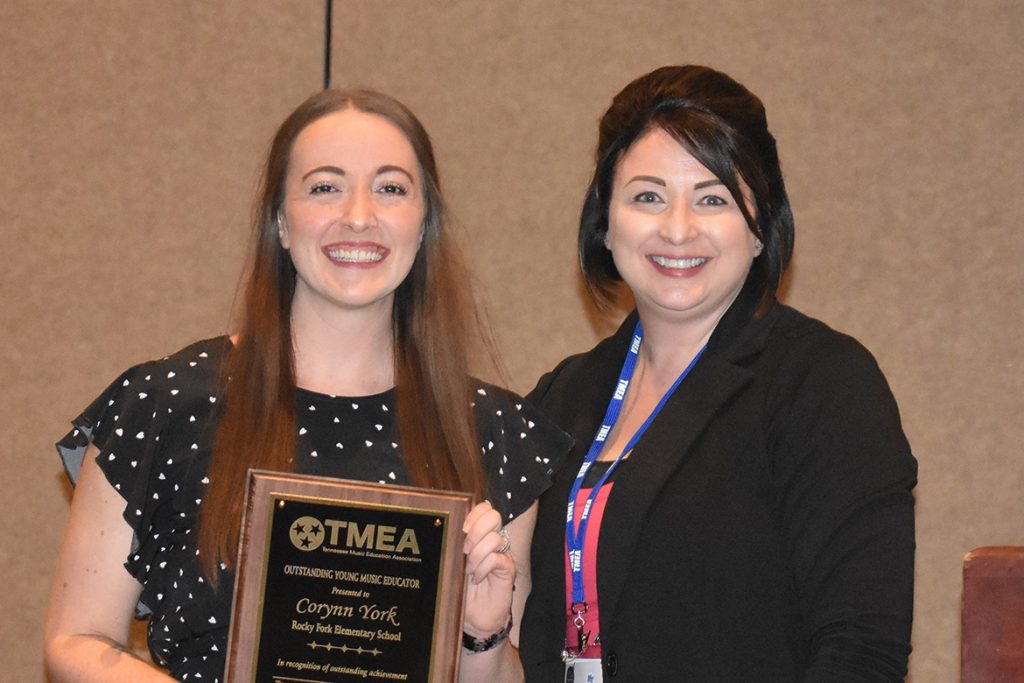