MTSU on WGNS: WWII exhibit, on.. 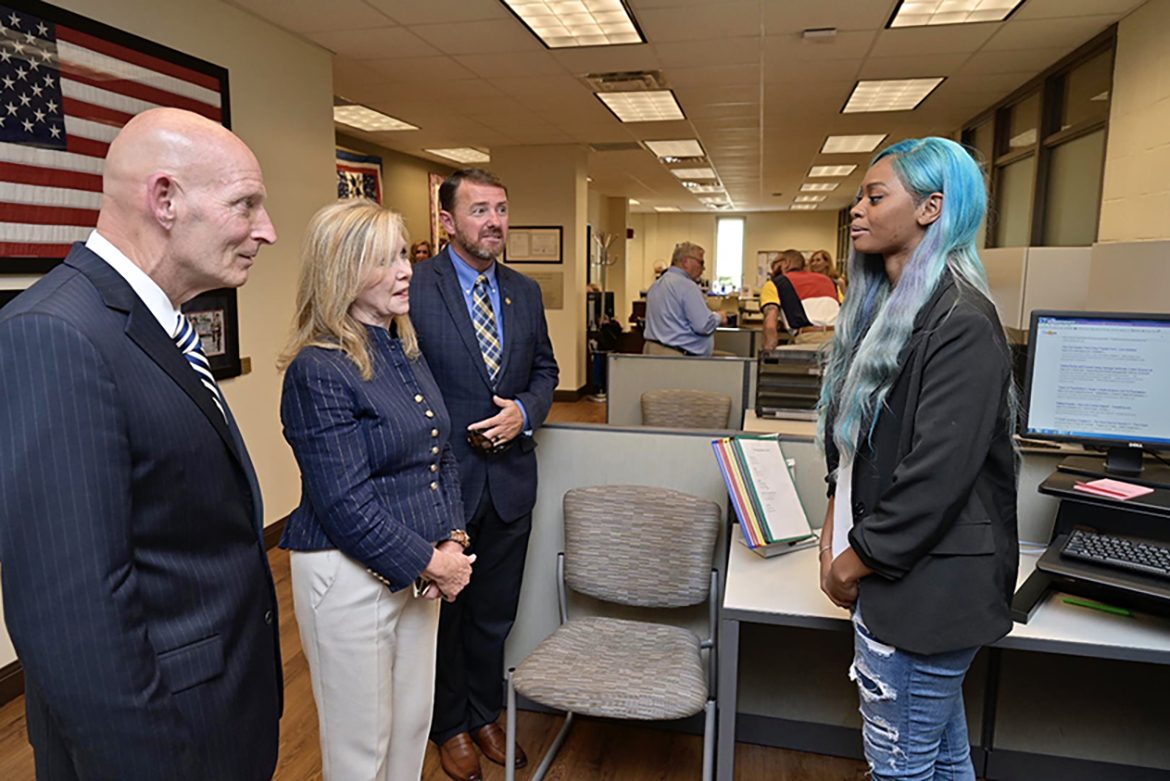 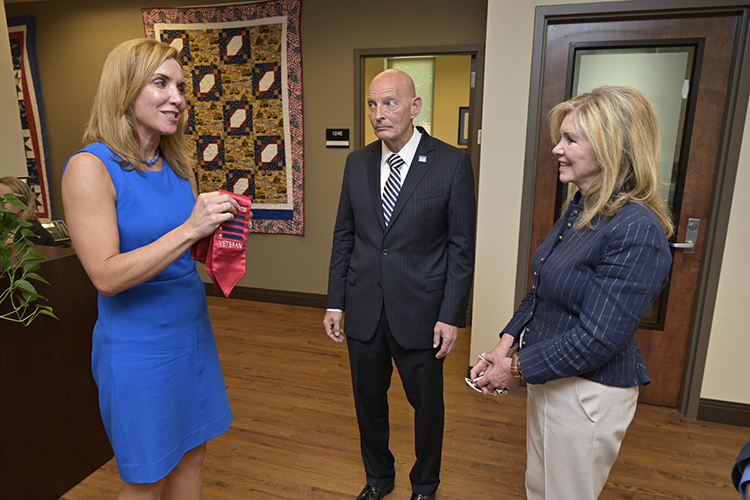 A scheduled visit to Murfreesboro led to an opportunity for Blackburn to tour the center inside Keathley University Center, the largest and most comprehensive veterans center on any Tennessee higher education campus.

“I am so impressed,” the Republican lawmaker from Williamson County said during her inaugural visit to the center. “This is seeded so well within the framework of the university. It is a part of the university and has the support of the staff and faculty here.”

Calling her tour “so helpful” as she admired a large mural painted by a former MTSU student, Blackburn praised the center’s student-veteran computer stations as “fantastic” along with the commemorative stoles for MTSU’s graduating student veterans. 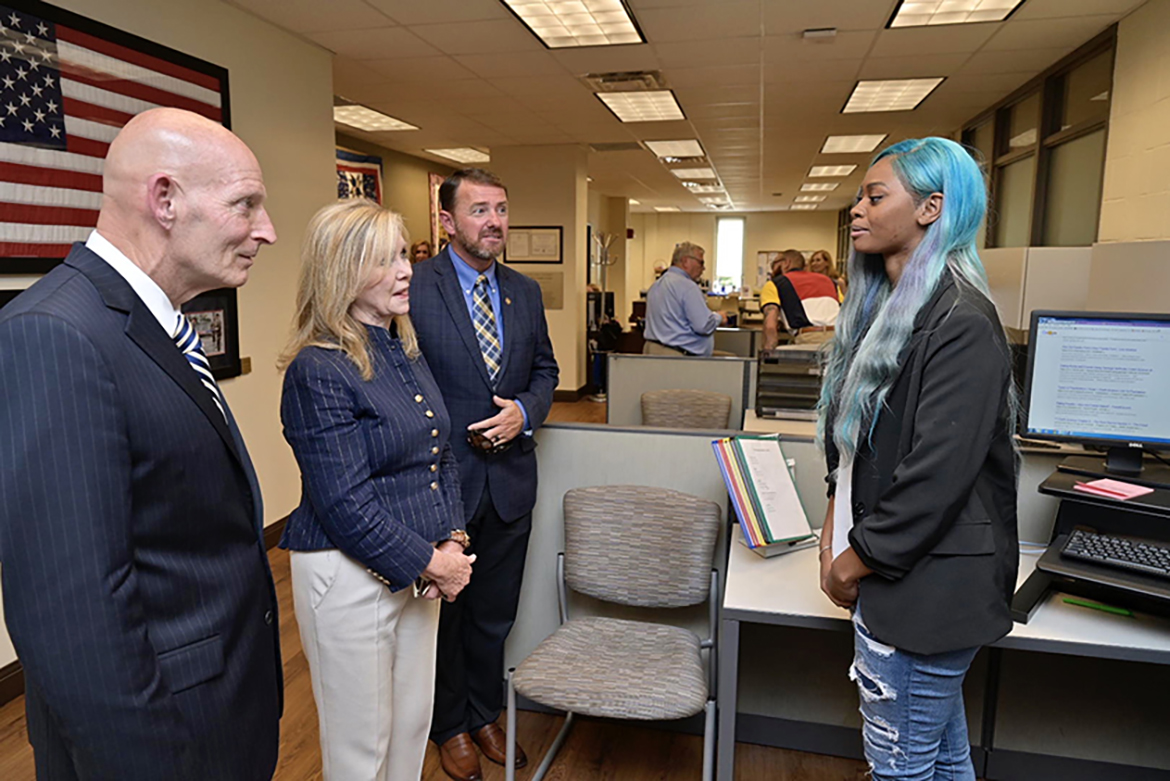 John Clement, field director in Blackburn’s office and a retired U.S. Army helicopter pilot, joined her on the visit.

“I am so inspired by this center, I may want to come back to school. … I am so happy to be a part of this visit,” he said.

Elected to the U.S. Senate in 2018 and sworn in in January, Blackburn is serving her first term representing Tennessee. Before her election to the Senate, she represented Tennessee’s 7th Congressional District, which comprises portions of Middle and West Tennessee, from 2003 to 2019.

The Daniels Center enables the 1,000-plus student-veteran population on campus to have a one-stop shop to meet a variety of academic needs.The center’s goal is to help current military, veterans, and family members move from military to college, then from college to a successful career.

Located in the heart of campus, the 3,200-square-foot center is a place for student veterans to study, gather and get help from fellow veterans, who serve as peer advisers and sponsors. The Transitioning Home Office within the center assists student veterans — or any student — in making the transition from college to career.

Tickets remain available for the Daniels Center’s second fundraising Veteran Impact Celebration, set for 6 p.m. Thursday, June 27, at The Grove at Williamson Place near Interstate 24. The event is a thank-you to corporate and community supporters and will feature the country music legend. Individual tickets are $200 or $300 for a two-ticket combo. To buy tickets, which are limited, go online to www.mtsu.edu/veteranimpact. 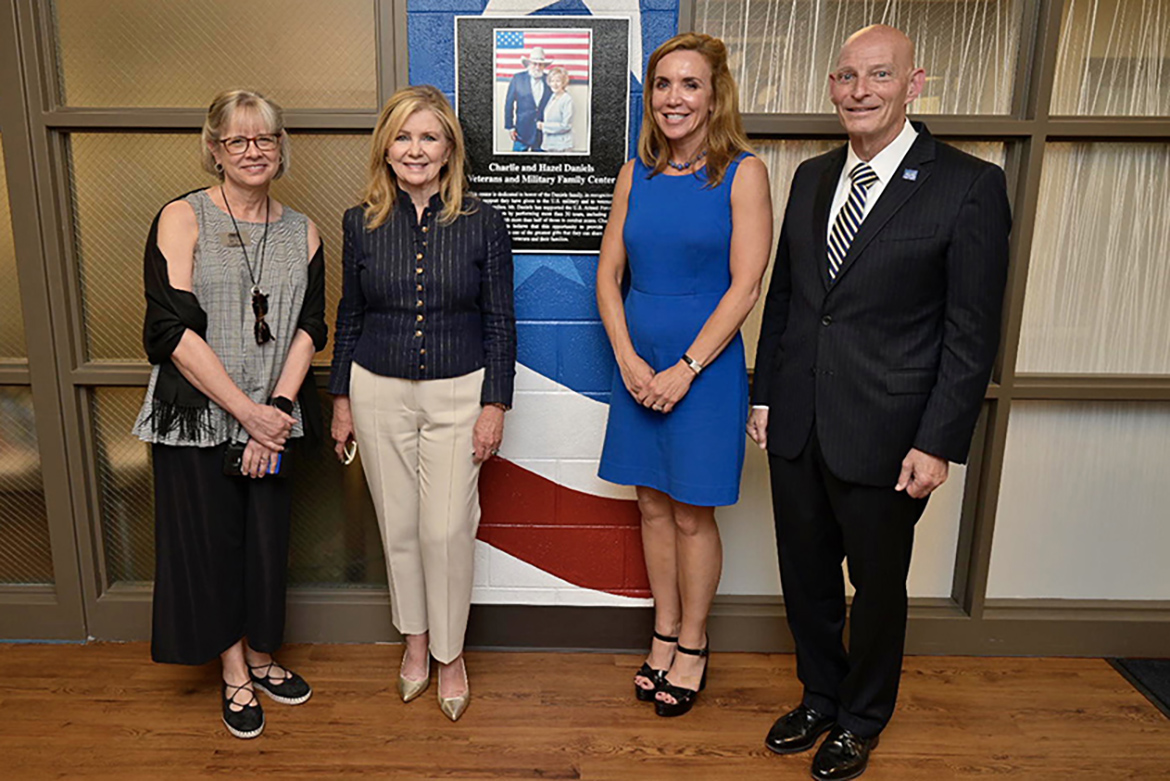