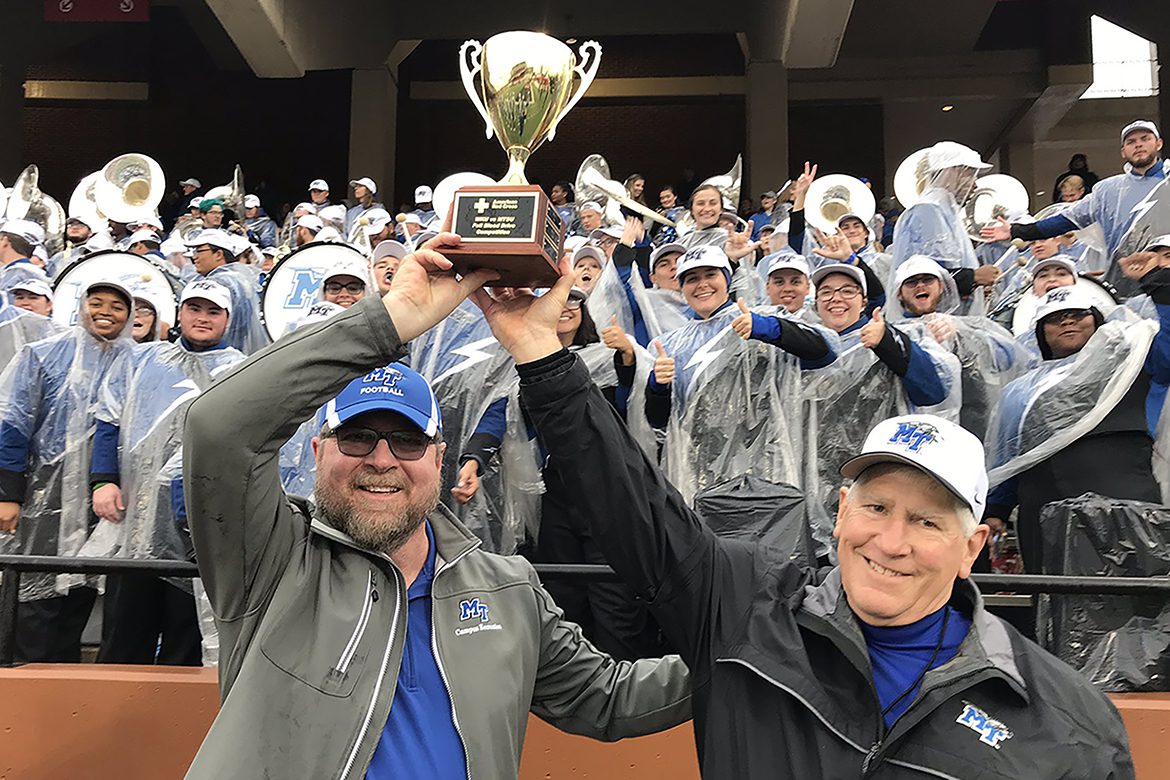 But the true winners, once again, are the 2,300-plus neighbors across several states whose lives may be saved by the 775 total pints of blood donated this year by the universities’ supporters.

MTSU donors rolled up their sleeves to give 397 pints of whole blood at the Campus Recreation Center Nov. 18-20. WKU collected 378 pints on the Bowling Green campus over the same three-day period. 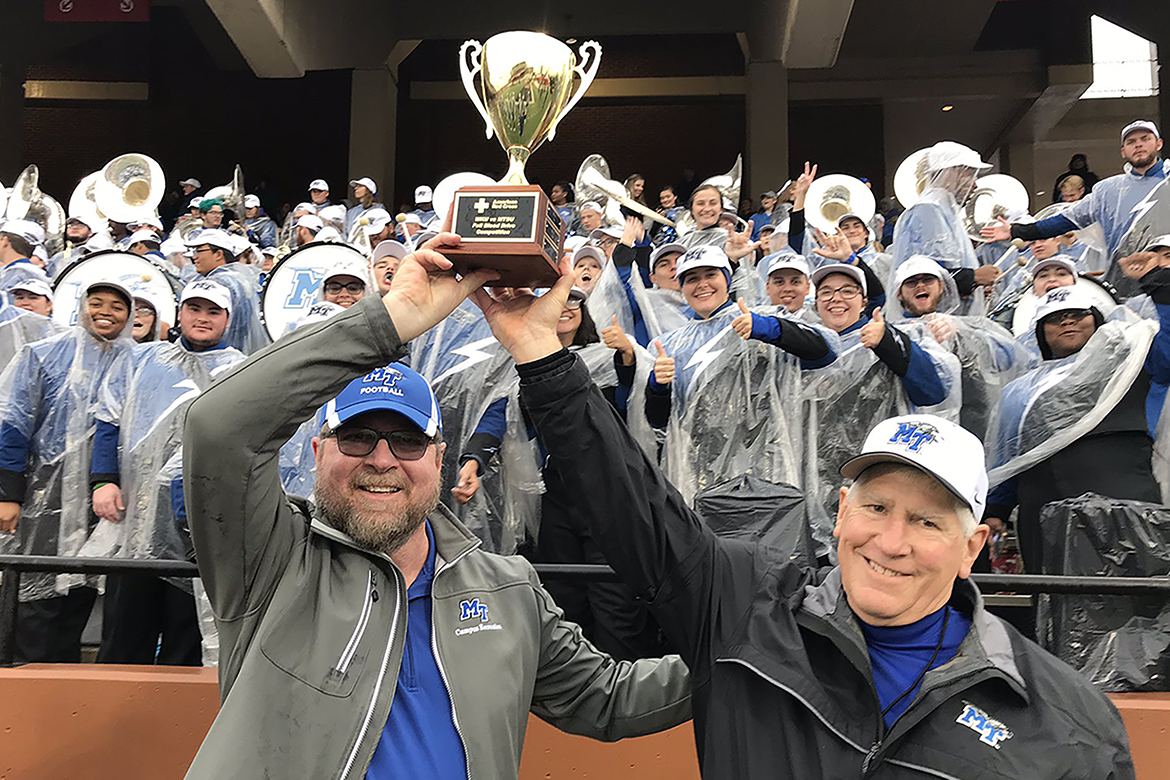 Ray Wiley, left, associate director of MTSU Campus Recreation and a longtime American Red Cross volunteer, joins MTSU Director of Athletics Chris Massaro to hoist the annual “blood battle” challenge trophy aloft Saturday, Nov. 30, at at the MTSU vs. Western Kentucky University football game in Bowling Green. Cheering behind them are members of the MTSU Band of Blue. MTSU won the annual blood drive contest for the third straight year and the seventh time since it began in 2010. (Photo submitted)

Because each unit of blood can aid three different patients, the competition has helped an estimated 28,440 people across Tennessee and parts of Kentucky, Illinois and Missouri.

In effect, MTSU and WKU donors have saved almost the equivalent of Oak Ridge, Tennessee. Its current population is 29,009, according to U.S. Census Bureau figures.

“This annual Red Cross event is special because it allows everyone, on and off both campuses, the opportunity to give a lifesaving gift and truly make a positive difference,” said blood drive coordinator Ray Wiley, associate director of MTSU Campus Recreation and a longtime Red Cross volunteer.

Red Cross officials have noted that the ongoing “blood battle” successes — for both universities — help local organizations rebuild and maintain supplies affected when inclement weather forces blood-drive cancellations. The need for blood is constant, they added, and increases during holiday travel periods.

Those who were unable to donate during MTSU’s blood drive can visit www.redcrossblood.org anytime and type in a ZIP code to make an appointment at another local drive or blood donation center. 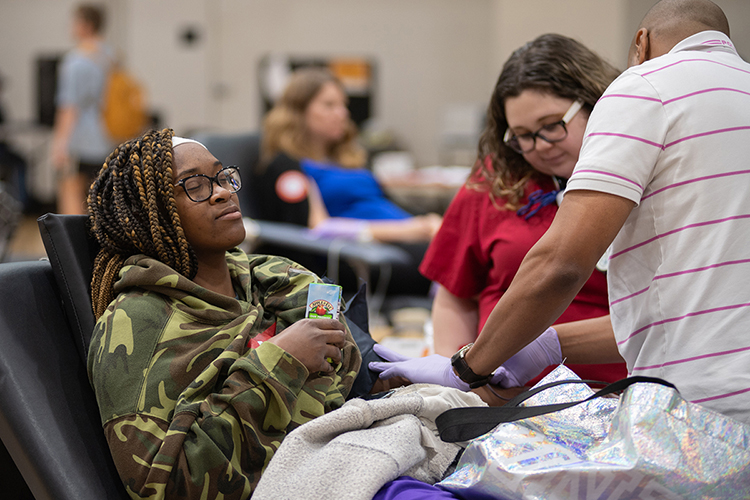 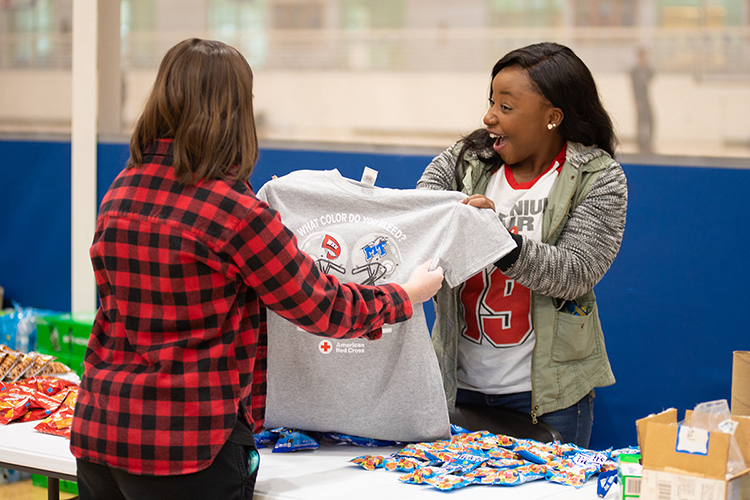